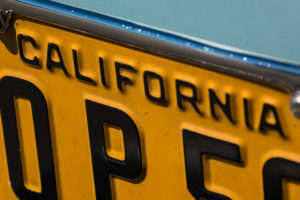 The new steering rules, which demanded insurance compliance by March 12, are intended to reinforce anti-steering laws on the books for seven years but allegedly still ignored by some insurer representatives.

The new labor rate survey regulations, which demanded compliance by Feb. 28, offer a standard for how carriers should conduct these polls but don’t require them to survey shops at all. They also define a market area as the nearest geographic six shops which completed the survey, counting the shop itself if it completed the document. If there’s a tie for sixth, both of those shops would be included for the survey.

These rules did not go over well with insurers.

“Improved technology has made cars safer for passengers, but these advances have not slowed auto accidents or auto repair costs.  California and states across the nation are seeing an explosion of auto accidents, traffic fatalities and higher costs to repair more sophisticated cars,” Association of California Insurance Companies President Mark Sektnan said in a statement. “Things are about to get even worse for California drivers because the CDI approved regulations that are rapidly pushing auto repair costs even higher.”

“These new CDI regulations are magnifying the crisis California is facing from more frequent accidents and higher repair costs.  The price tag of these regulations could add an additional $280 to $300 million in higher auto repair costs, which could hit California drivers in their wallet,” PFIC President Rex Frazier said in a statement. “There is an epidemic on our roads with distracted or impaired drivers and pedestrians traveling on congested and poorly maintained roads.  These conditions are already creating a deadly and costly environment.  Now we are faced with additional repair costs from these new regulations that will simply compound the skyrocketing repair costs.”

“As small business owners we operate on slim margins, any increase in costs will impact our bottom line and make it difficult to do business,” Regional Black Chamber of San Fernando Valley CEO M.C. Townsend said in a statement. “Insurance is a requirement, not a luxury.  I cannot just go without insurance.  With all the other cost increases small businesses face, we cannot afford the increases from these regulations.” (You’d think a small-business owner advocate would be more sympathetic to a largely small-business collision repair industry rather than an auto insurance industry controlled by a few giants, but whatever.) First of all, California only expects it’ll cost an insurer about $1.17 million the first year to both comply with labor rate survey rules and pay $1.15 million more to collision repairers.

But we’ll be generous and use the high end of the PCI’s estimate anyway. Divide $300 million by what the Insurance Information Institute, citing AIPSO, reported in 2014 was 26,193,649 insured cars in California.

That’s $11.45 a year in additional costs per car. It’s about what you’d pay for a burger at Applebee’s if you cheap out on the tip.

So it’s perhaps not as apocalyptic as it’s being made out to be — particularly if insurers opt to absorb it by trimming non-claim expenses rather than passing it on to a customer. Plus, it’s not exactly the moral high ground for an industry to argue “you should keep letting us do something questionable because otherwise we’ll have to charge customers more.” (Try arguing to California regulators that they should let your shop should dump all the vehicle fluids down the drain so you can pass the disposal savings on to customers. See how that flies.)

“The CDI approved new regulations in 2016 forcing insurers to pay ‘rack rates’ which are randomly set by body shops and these costs could likely be passed on to consumers and businesses,” the PCI wrote.

The “randomly” adverb makes it sound like shops are throwing darts at a wall full of rates and picking one, rather than shops determining rates based on their expenses, desired profit margin and market conditions.

It also ignores the fact that passing costs to consumers or other companies is how every business works, including insurance.

One statistic is interesting from both a shop and carrier perspective: According to the PCI, California costs for property damage and liability claims rose 28.9 percent in 2016. According to Mitchell, the average California body labor rate fell 0.2 percent to $55.47. So that one’s not on the body shops.

As Frazier suggested, more miles driven by more distracted drivers are probably bumping frequency. Best guess, severity reflects more expensive, replace-only materials and technology as carriers reached the 2009 model year; another 10 percent is probably a result of the scanning that all shops should have been doing but many likely didn’t until last year. “Evidence of the impending labor rate increases is mounting quickly,” the PCI wrote. “These regulations took effect on March 1st and insurers are seeing labor rates jump significantly.  For example, one large body shop in the Bay Area raised their labor rate for mechanical labor from $71.00 per hour to $116.00 per hour.  Another shop increased rates from $77.87 to $108.00 per hour.”

First of all, the PCI doesn’t explain why the shop wouldn’t have been able to raise its rates before the regulations. Second, it’s unclear what work category received the price increase in the latter example, but the mechanical labor example in the former is a misleading benchmark, as it tends to reflect the rates charged by the service and repair industry and isn’t applied to auto body, frame or paint work.

Ironically, the Bay Area shop had been cutting insurers a break — the average mechanical rate nationwide was $82.02 in 2016, according to CCC.

Carriers pay 80 percent of repairs in California, according to the PCI. But the other 20 percent is out-of-pocket, and so door rates do open the door for shop-to-shop competition on price. This to some degree will keep rates in check.

Still, it’s fair for insurers to be concerned that a three-party business relationship where two of the parties are spending the third’s money could get out of control. But the PCI and its partners neglect to mention two important factors while warning of “skyrocketing repair costs.”

And finally, let’s not forget that Jones enacted these regulations to protect shops and customers from alleged insurer abuses of the existing system. So the property and casualty insurers should probably wait more than a month before portraying themselves as the victimized defender of consumers.

Clarification: Carriers wouldn’t have to use the California Department of Insurance’s labor rate survey template, but those who elected to follow the proposed template could receive a “rebuttable presumption” they were acting in good faith on labor rates. The article has been updated to reflect this.

“Attention California Drivers: New Auto Repair Regulations Could Hit You in the Wallet”

New California Department of Insurance labor rate survey regulations, which demanded compliance by Feb. 28, offer a standard how carriers should conduct these polls but don’t require them to survey shops at all. They also define a market area as the nearest geographic six shops which completed the survey, counting the shop itself if it completed the document. If there’s a tie for sixth, both of those shops would be included for the survey. (Provided by CDI)