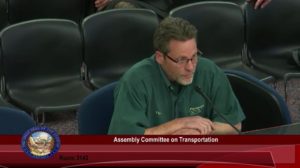 A Nevada bill raises the threshold for a total loss to 80 percent and proposes that anything else totaled by an insurer should get a salvage title.

According to Farmers, which is championing Assembly Bill 368, existing Nevada law could allows certain total-loss vehicles to obtain a clean rather than a salvage title.

Farmers government and industry affairs manager Robert Compan said this happens because NRS 487.790 declares a total loss to be 65 percent of the vehicle’s cash value — not counting the cost of painting, towing and repairing electronics on the vehicle.

As he and another Farmers representative pointed out, though the exclusions might bring a repair bill below the 65 percent threshold in the eyes of the state of Nevada, the carrier would still have to pay all of those charges to repair the vehicle. This pushes it into the range where it’s not economical to fix the car, and so the carrier can declare it a total loss anyway.

But does that vehicle have to get a salvage title? After all, it didn’t hit the state’s definition of a total loss that merits a salvage title — even though it’s probably not safe to put on the road, Compan argued. Therein lies the confusion, according to Farmers.

It led to confusion among claims staff, he said during testimony Tuesday before the Assembly Transportation Committee.

Hence, Assemblyman Paul Anderson’s AB 368 adds the provision that a total loss also means a vehicle “Which is declared a total loss by an insurance company which obtained ownership of the vehicle pursuant to a damage settlement other than a damage settlement involving a vehicle which was stolen and recovered” as well as instances “For which vehicle the owner has obtained a salvage title.”

According to a Farmers exhibit, in 2015, the Division of Insurance provided guidance that it “has concerns with the situation when an insurance treats a vehicle as a salvage vehicle when the cost of repair does not meet the threshold set forth in NRS 487.790.”

It suggested carriers who wanted to change the law due so in 2017 in collaboration with the Department of Motor Vehicles and collision repairers.

According to the DOI document, insurers argued that more vehicles are becoming economic total losses but aren’t statutorially total-loss vehicles, and some were concerned about the liability of a totaled car returned to a customer given a clean title. 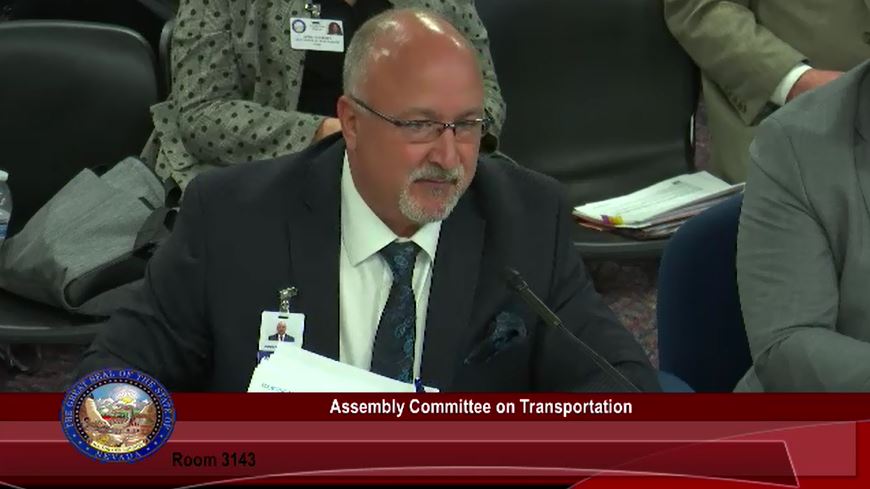 “That was not the intent,” said Dan Wulz of the Legal Aid Center of Southern Nevada, who helped draft the 2011 exemption for electronics. The point was that “every seriously damaged vehicle would not live on” with a clean title, he said during testimony Tuesday. (He noted that a proposed DOI amendment “gutted that” by demanding salvage titles only on economic total losses which also met the 80 percent threshold.)

Wulz noted that he was relying on the insurers’ insistence that there was an issue. He said he would like to double-check this hypothesis against data from the Nevada Department of Motor Vehicles regarding salvage title trends.

“They’re pushing that it’s a titling issue. That’s been their standpoint on it,” said Matt Gondini, president of the southern chapter of the Nevada Collision Industry Association, said of Farmers.

Assembly Bill 368 goes beyond the titling question, however, raising the total loss threshold to a flat 80 percent, without exclusions for painting, towing or electronics. (However, towing is likely to remain excluded in a revised version of the bill, Compan said.)

A CSAA employee accompanying Compan testified that customers told their vehicle is repairable, not totalled, because of the exclusions are confused and suffer “additional unmitigated stress.” A Farmers employee also testified about two instances where customers told their cars didn’t meet the total loss threshold for the same reason “emphatically” didn’t want their cars back.

But Tim Waldren, president of the Nevada Collision Industry Association, said Tuesday he found the current definition of total loss “very easy” to explain to customers.

“I don’t have a difficult time expressing that to them,” he said. 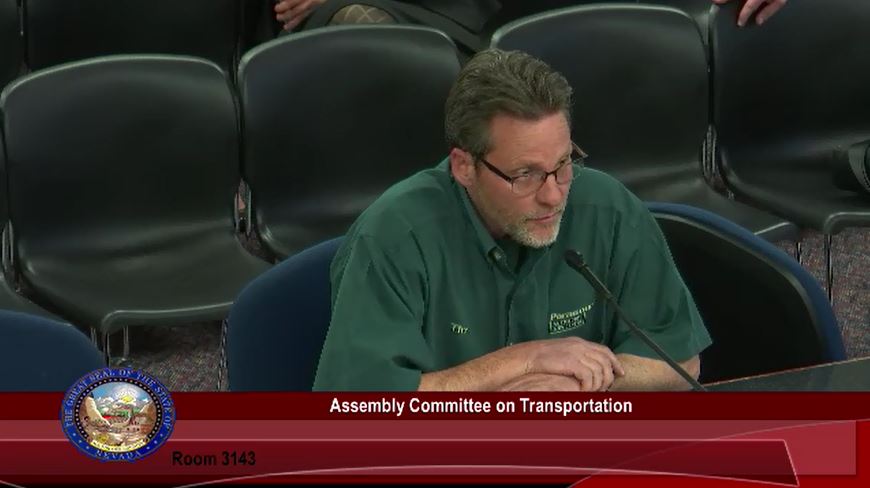 Compan argued that shops would benefit from the 80 percent threshold, even with the lack of exclusions, as it would mean they would repair more vehicles. The state’s total loss threshold — whether 65 percent under current law or 75-80 percent under proposals for AB 368 — demands a vehicle automatically become salvage at this point.

Gondini said his group was fine with whatever threshold between 65-80 proponents wanted and would concede painting and paint materials costs to compromise. However, the exemptions for electronics and towing had to remain.

“I think we’re being fair with it,” he said.

He illustrated this with a hypothetical. A $10,000 actual cash value (ACV) car gets in a wreck. The threshold is 75 percent. The vehicle needs $7,500 worth of work — right up to the edge of the threshold — and is about to be finished when a burnt wiring harness is discovered, for a supplemental cost of $600. The state demands the car automatically be totaled if there’s no electronics carve-out, even though the structural elements are restored.

Having the electronics carve-out “gave leeway” to the shop, insurers and customer, he said.

Since the insurer would have to pay $10,000 anyway for the totalled car’s ACV, it’s better for everyone if the car is repaired for $8,100 — particularly the insurer, who doesn’t have to pay the shop for $7,500 worth of work  and then turn around and pay the customer $10,000 for the car.

“It’s a lose-lose for everybody,” he said.

Waldren recalled working hard on the exception in 2011, including with insurers, and “all of our original arguments to get this still apply, if not more so now” because of more expensive electronics.

No action was taken at the Assembly Transportation Committee hearing Tuesday to give Farmers, Anderson (R-Las Vegas) and the other stakeholders time to try and reconcile their proposed changes into a consensus amendment.

Be heard: Nevada legislator contact information can be found here.

Farmers government and industry affairs manager Robert Compan said April 4, 2017, that the Nevada total loss threshold should be increased to 80 percent, with perhaps only an exemption for towing. (Screenshot from Nevada Legislature video)