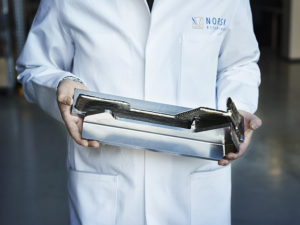 Reuters reported an estimate by Norsk that the technology will save $2 million to $3 million per Boeing Dreamliner.

Norsk expects the U.S. regulatory agency will approve the material properties and production process for printed parts later this year. That will “open up the floodgates,” Yates said, by allowing Norsk to print thousands of other parts for each Dreamliner, without each part requiring separate FAA approval, resulting in the millions in expecting savings per plane.

“You’re talking about tons, literally,” on the 787 that would be printed instead of made with traditional, expensive forging and machining, he said.

“We are proud to take this historical step with a great aerospace innovator like Boeing,” Norsk CEO Warren Boley Jr. said in a statement. “The Norsk Titanium team will continue to expand the portfolio of components supplied to Boeing meeting stringent certification requirements. It is an honor to earn FAA approval for these structural parts.” 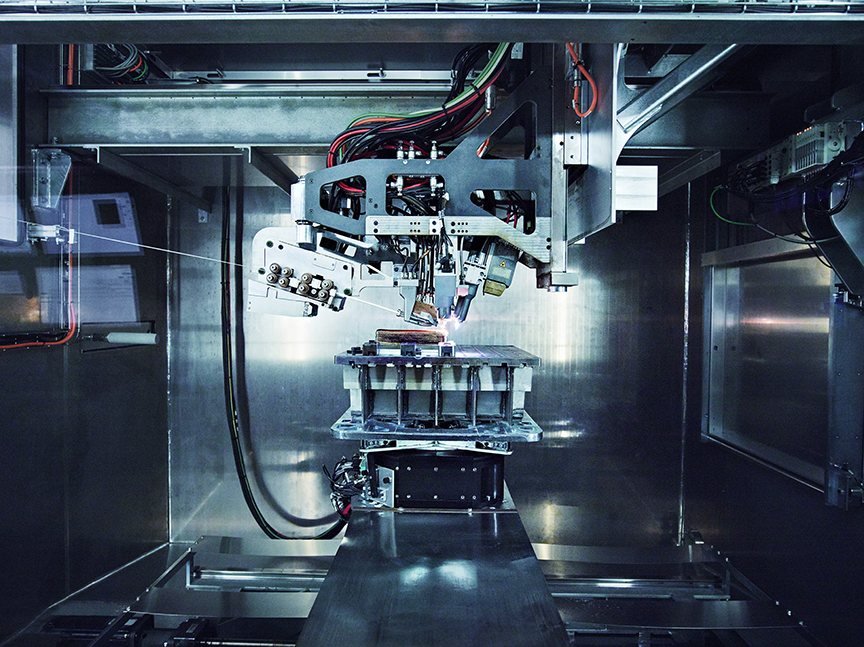 The aerospace news is intriguing from an automotive perspective because there seems to be a rough trend of lightweighting trickling down from aerospace and exotics to luxury OEMs and eventually the mainstream fleet.

However, conventional wisdom seems to hold that 3-D printing is too impractical and expensive for traditional mass automotive production, and the Boeing Dreamliner is by no means even a mass-market aerospace product. Boeing only received 80 orders last year for its 787s.

Shipping sets of 4 of these beauties to @boeing in May for each #Dreamliner to fly off their line. Photo: 1/2 RPD and 1/2 finish machined! pic.twitter.com/lC0Q0jxchC

But if Norsk is correct that aerospace manufacturers would switch so much of a plane to additive manufacturing, then perhaps broader 3-D printing isn’t as much of a stretch as it seems.

“From the outset, the 787 has been the hallmark of innovation and efficiency,” Boeing Vice President of airplane materials and structures and supplier management John Byrne said in a statement. “We are always looking at the latest technologies to drive cost reduction, performance and value to our customers and Norsk Titanium’s RPD™ capability fits the bill in a new and creative way.”

If 3-D printing can actually save an OEM money, then that presumably starts changing the dynamic and makes the process more attractive at higher scale. If a structural element can be 3-D printed and maintain that crucial function, this raises the possibility of building parts of a vehicle body into previously geometrically impossible or unfeasible light, strong shapes. This is part of the attractiveness of “3G” third-generation ultra-high-strength steel — high formability but also high strength.

Another option: Use traditional manufacturing on the front-end to produce parts for hundreds of thousands of retail vehicles. But then shut the plant down and only produce replacement parts — which might never be needed, after all — on demand with a 3-D printer.

This could be better for customers as well — there’s no need to sit around waiting for a backordered part if a company like Norsk can just spit out a replacement whenever it’s necessary.

McLaren is performing a variation on this with its Formula 1 racecar, CNN reported Tuesday. The team has around a dozen Stratasys 3D printers and even brings one to to races to replace or fine-tune parts, the network reported.

To replace the wing, the team designed and printed a new one out of plastic. The wing is next wrapped in carbon fiber. In the last step, the wing’s plastic interior is dissolved, leaving the wing ready for racing.

The company’s ultimate goal is to print parts out of carbon fiber, so that they can be immediately put on a car at the race site, according to Andy Middleton, a president at Stratasys. 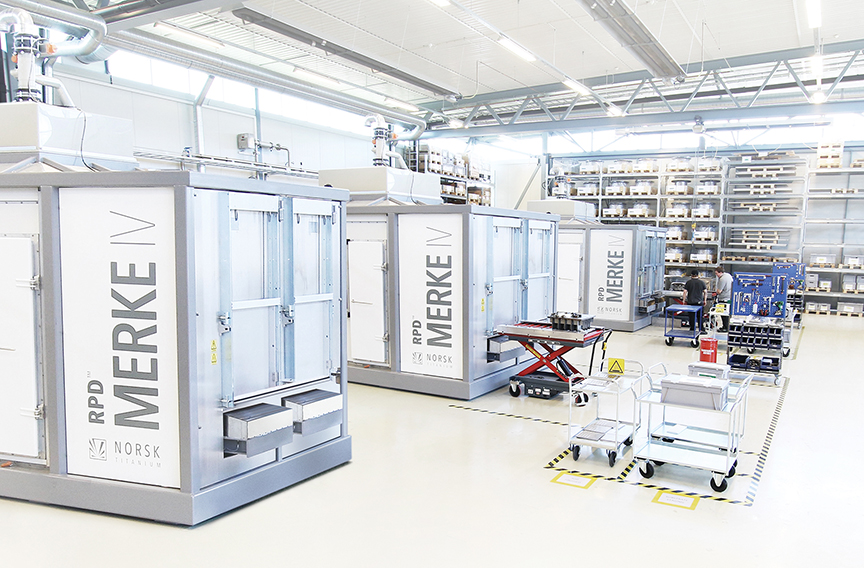 Norsk Titanium’s Monday announcement of the world’s first 3-D printed structural titanium parts with FAA approval could be a sign for things to come someday for automotive. A Norsk tweet calls this image “1/2 RPD and 1/2 finish machined.” (Provided by Norsk Titanium)