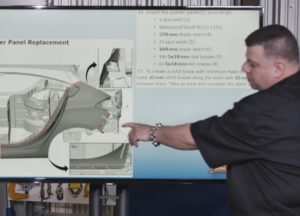 General Motors’ instructions for replacing a quarter panel on a next-generation Chevrolet Cruze are reminiscent of the procedures for a steel Mercedes, P&L Consultants’ Larry Montanez said Wednesday — an indication of just how advanced even a sub-$20,000 car can be today.

The 2016 Chevrolet Cruze is up to 250 pounds lighter than the 2015 Cruze, and GM described the successor as “constructed of about 8-percent hot-stamped/high-strength steels, which contributes to an approximately 27-percent stiffer body structure that is also 53 pounds (24 kg) lighter than the current Cruze.”

The broadcast compared the instructions for replacing an outer quarter panel on the 2015 Cruze to its next-generation 2016 successor. 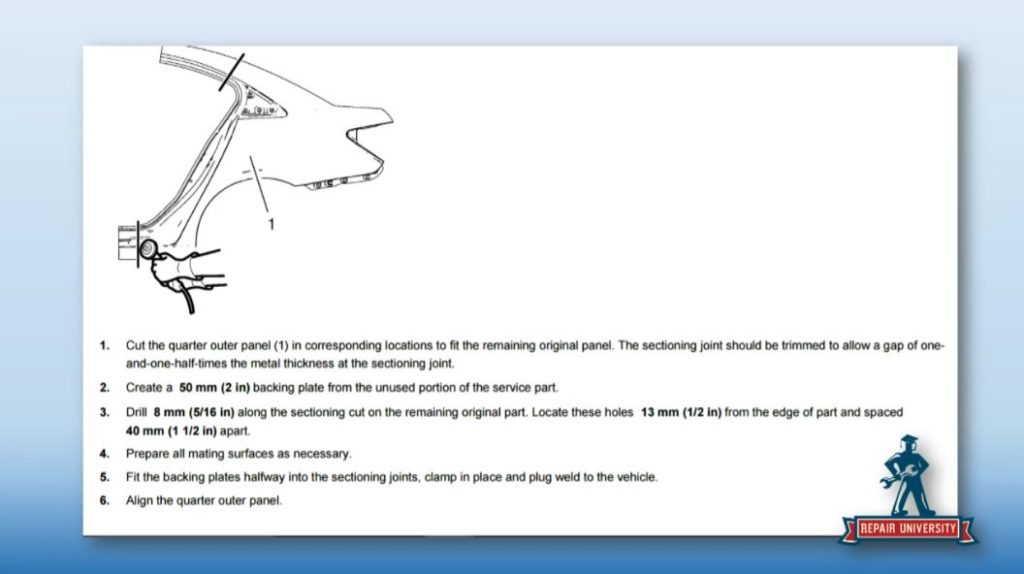 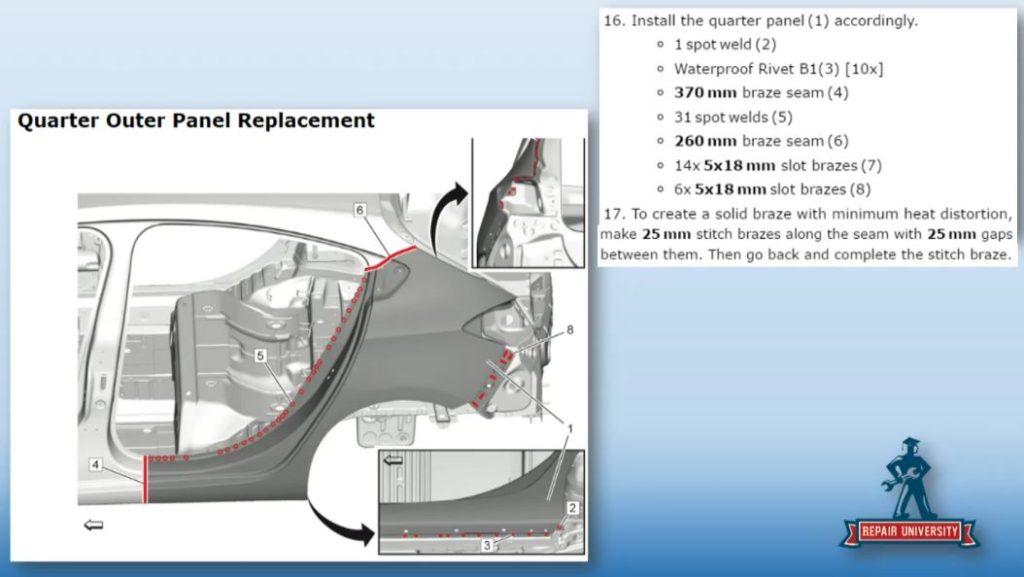 Bartanen pointed out the absence of conventional MAG and plug welding on the 2016 Cruze. The panel receives MIG brazing, spot welds, rivets and adhesive.

“This is very similar to a Mercedes-Benz repair procedure,” Montanez said, referencing steel Mercedes models like those in the C Class, E Class, and even some of the S Class.

Between the MIG brazing welder and the rivet gun itself, “it’s more money than the car, basically,” Montanez said.

“This is where now the technician has to realize there’s a difference that’s going on,” Montanez said. He said shop might not even have the equipment or training to fix this commonplace vehicle. (GM sold nearly 189,000 last year.)

Felder observed that the multiple attachment methods affect the estimator as well as the body technician. The estimator (and adjuster) must realize that setup and test time will be necessary for two welders, and the rivets and adhesives must be accounted for as well.

“I love it when I hear someone say, ‘It’s just a quarter panel, Kristen,'” she said earlier.