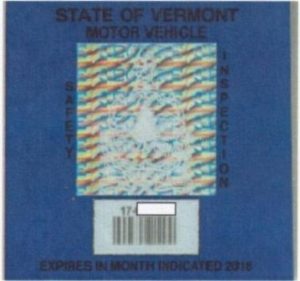 A Vermont lawsuit accuses a mechanic whom the state says inappropriately passed the vehicle in an inspection of complicity in a DUI crash, the Rutland Herald reported last week.

The lawsuit claims (Dan McMurray of Dan’s Small Engine Repair) neither road- tested the car nor removed a wheel as required by state regulations.

The complaint alleges the car passed inspection despite a long list of deficiencies, including rusted contact surfaces on all four brake rotors, one rusted inner brake pad, a rusted and gouged outer brake pad, a broken wire in the antilock brake system, rusted cooling vanes to one brake rotor, cracked and dry-rotted front brake hoses, a non-functional parking brake, an empty brake fluid reservoir and a nonfunctioning brake warning light.

“Defendant’s breach of their duty of care proximately caused decedent (Stephanie) Briggs’ death, as it was reasonably foreseeable that because the Passat’s brakes were not in working order, a motor vehicle accident causing serious bodily injury or death would result,” the complaint read.

Legal counsel for the shop and mechanic accused in the lawsuit declined to comment to the Daily Herald.

This should be a “there, but for the grace of God” wake-up to collision repairers in Vermont and the rest of the country to follow OEM procedures and do your duty of care right the first time. Getting sued sucks from a reputational and financial perspective — even if you win.

But it’s also interesting for the the idea that the allegedly negligent mechanic – whom the Herald reports was penalized by the Vermont Department of Motor Vehicles for violations in the 2014 inspection — is also to blame despite the DUI status of the driver.

The idea that the driver — even an allegedly drunk one — might not be entirely to blame (at least in civil court) for the behavior of their vehicle should shake up any complacent shops oblivious or uncaring if they’re properly repairing or recalibrating advanced driver assistance systems.

OEMs remind drivers with ADAS that it’s still on them to be alert and not just assume that the advanced safety technology will do all the work. (They don’t want a driver with autobraking to roll into an intersection with their feet on the dash, eyes only for their smartphone and the assumption the car will stop itself.)

But such caveats don’t mean an OEM won’t still receive scrutiny, and both the Vermont litigation and common sense suggest that a repairer can’t just phone in ADAS work, assuming that since the driver is supposed to be in charge there’s no chance of blowback on the shop for a mistake.

This isn’t the first time a Vermont mechanic’s poor inspection was alleged to have caused a death. In 2015, Steven Jalbert was accused of involuntary manslaughter and reckless endangerment after a brake inspection led to the death of Elizabeth Ibey, 83.

The Vermont DMV’s case against Jalbert describes not only how the suspect allegedly failed to keep current with procedures and botched the inspection but how other automotive professionals missed what the DMV depicted as obvious mechanical issues.

Jalbert in 2016 took a plea deal for reckless endangerment and was sentenced to house arrest, WCAX reported. The Vermont attorney general called it Vermont’s first criminal case tied to a bad inspection, the station reported.

DMV inspectors worked with certified inspector George Maglaris of Maglaris Auto on another vehicle examination, and Maglaris offered a theory that the Corsica’s frame rails were rotted, resulting in the engine being pushed into the passenger side of the car instead of underneath it.

Maglaris also tested the brakes, and “the tires on the vehicle rotated freely … indicating the brakes were not functioning,” DMV Detective Lt. Tim F. Charland wrote in the DMV’s affidavit. A brake fluid reservoir also “was not full,” but appeared to contain fluid because it was out of level, Charland wrote.

Then, the inspectors checked the underside:

“It was then we observed extensive rust, corrosion and deterioration to the vehicle right and left side rocker panels/frame rails,” Charland wrote. “The amount of deterioration of the panels significantly reduced the structural integrity of the vehicle to withstand a front-end collision.

“We observed extensive rust and corrosion to brake lines running underneath the vehicle. Breaks in both the rear brake lines were discovered, as well as indications of deteriorated lines and linings to the right and left front brake lines at the brake caliper assemblies. Two small brake puddles formed on the garage floor after the brake pedal was depressed.”