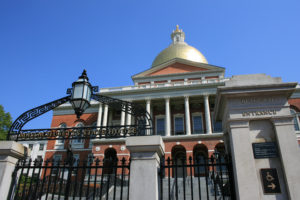 The Auto Care Association said Tuesday it has told a Massachusetts legislative joint committee it was “concerned” by the absence of responses from eight OEMs on whether they’d meet an impending “Right to Repair” deadline.

This alleged inactivity could have ramifications outside of Massachusetts, as automakers are committed to similar terms nationally.

Seeking to stave off 50 competing laws following Massachusetts’ 2013 adoption of right to repair, the OEMs in the Alliance of Automobile Manufacturers and Association of Global Automakers in 2014 signed a historic memorandum of understanding with aftermarket trade groups.

The document granted similar “right to repair” terms to all 50 states by 2018, according to the National Automotive Service Task Force Executive Director Skip Potter, who described his organization as a “go-between” for independent repairers and the OEMs on mechanic and body shop requests for information.

A dispute resolution panel is tasked under the national MOU with enforcing complaints of OEM noncompliance; in Massachusetts, that enforcement is the purview of the state superior court or federal district court.

The Auto Care Association said it testified Tuesday on behalf of itself and the Committee for Auto Repair Equality during a hearing on Massachusetts House Bill 2784, which seeks an investigation by the Office of Consumer Affairs and Business Regulation into compliance with R2R. A report would be due Aug. 1 to the Legislature under the measure.

In January, CARE and the association wrote to 18 OEMs asking whether they’d be prepared to comply with an impending 2018 model year deadline related to diagnostics. Under the memorandum and Massachusetts law, all diagnostics software must be available online and shops be able to connect with a car’s on-board diagnostics system through an industry standard like J2534, J1939 or ISO 22900.

OEMs already had to make ensure independent repairers could access the same repair information — such as collision repair procedures — available to dealerships for model years 2002 and newer.

However, only 10 of the 18 responded to the association and CARE’s letter about the 2018 rules.

“I want to be clear that while we are not implying that the eight remaining companies are not in compliance, with the model introductions a month away, we are concerned by their lack of response despite our multiple attempts to reach them,” Lowe said, according to his organization.

The association didn’t list any of eight OEMs that evoked such concern — except one. Lowe specifically called out Tesla — who isn’t a signatory to the national MOU but is bound by the Massachusetts law.

“While we have a lot of respect for the technological innovations spearheaded by Tesla, I want to take this opportunity to publicly ask Tesla to take action to ensure that their customers are not forced to patronize the small number of repair facilities for repair and maintenance of their expensive vehicles,” he said in a statement.

Tesla’s failure to provide OEM repair procedures to uncertified auto body shops outside of Massachusetts is also problematic since the automaker implies such shops could still perform cosmetic collision repairs on its vehicles. Tesla doesn’t restrict nonstructural parts, but an uncertified repairer trying to install those parts or repair cosmetic damage without such procedures would be flying blind.

However, there are signs Tesla might provide more information nationally.

But on the whole, the association seemed pretty happy with private passenger OEMs — at least in Massachusetts.

“While not everything is perfect, the forward-thinking actions of this legislature and of the people of Massachusetts have, for the most part, led to the successful implementation of the legislation ensuring competition in the vehicle repair market,” Lowe said, according to the association. “Our organizations are proud of the Right to Repair effort, and also of the level of cooperation we have received from many manufacturers.”

Heavy-duty manufacturers were another story, according to the organization, which asked lawmakers to revise HB 2784 and expand the proposed compliance report to include heavy-duty OEMs.

Heavy-duty OEMs face the same terms under the Massachusetts Right to Repair law, although their repair information demands start with the 2013 model year, not the 2002 model year. Heavy-duty OEMs have also signed a right to repair memorandum of understanding at the national level which keys that requirement off of the 2010 model year.

“Unlike the light-duty manufacturers, compliance reports we have received have led us to the conclusion that some companies in the heavy-duty industry do not appear to be taking these commitments seriously,” Lowe said, according to the association. “We therefore request that this committee amend this legislation to include the heavy-duty industry in the Right to Repair compliance study.”

Be heard: Massachusetts legislator contact information can be found here.

“Will Vehicle Manufacturers Comply with Right to Repair Requirements?”