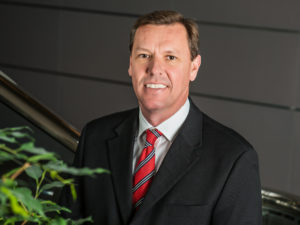 As always, the International Bodyshop Industry Symposium provided fascinating coverage of the latest IBIS summit — a godsend for collision repairers unable to make it out to the various exotic locales to catch the insight firsthand.

Auto body professionals, OEMs and insurers all should check out all the coverage of the Madrid event Monday-Wednesday on Twitter (@IBISworldwide) and IBIS’ website.

One of the most interesting articles, posted Wednesday, discussed what Fix Auto World CEO Steve Leal called the “inevitable” consolidation of the collision repair industry, but went a step further by discussing the somewhat disparate goals of the major MSOs.

As IBIS reported, “Caliber says it wants to be the ‘category killer’.” and quoted Caliber Collision CEO Steve Grimshaw: “That means competing at a level that makes it very difficult for others to compete against you.”

Fix Auto World and Auto King (a large Turkish MSO) meanwhile, are focused on increasing their service portfolio. Steve Leal said Fix Auto World wants to evolve into a single solution for collision, mechanical and glass and is ‘actively looking to acquire more companies in each of these brand lines,’ while Auto King wants to reach the customer at an earlier stage in the process.

Faced with these competitors, it seems as though independents and other MSOs might want to ask themselves what their own niches will be.

The article and another featuring Service King CEO Jeff McFadden also spoke to the technician shortage which can stifle an MSO and small shop alike as well as the issue of training the technicians one has. Among the highlights: