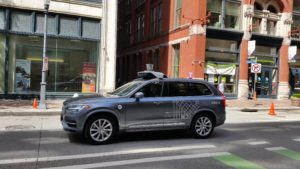 Silicon Valley, Detroit and international auto manufacturing and high-tech hubs are working on a future where cars drive themselves and change the nature of collision repair and transportation — and a Business Insider columnist argues that traditional OEMs might be in a better place to disrupt their industry than the sexy upstarts.

The June 24 column by senior correspondent Matthew DeBord looks at Tesla and the recent spectacular departure of Uber’s CEO and wonders if such startup businesses will live up to their breathless hype.

As DeBord observes, Uber is valued at $70 billion, more than any other company, despite what he argues is an entire business based around an easily copied networking app and a balance sheet posting hundreds of millions of losses.

Tesla, meanwhile, is capturing headlines with Autopilot but just lost its new head of that program after a few months, and observers forget that the company is really in the 100-year-old business of building and selling cars — and losing money at it, DeBord argues.

Expect disruption, but expect it to move slower, and perhaps from a different source, he proposes:

The legacy carmakers have found themselves, ironically, in a far better disruptive position that the alleged disruptors. Ford, GM, BMW, Toyota, and others can disrupt themselves while still funding their operations with the conventional business. The level of disruption just depends on how much cash the familiar old business is throwing off.

DeBord’s analysis is interesting food for thought not only for an investor but for a collision repairer as well — even though he does suggest that Uber will be the future ridesharing No. 1 and notes Tesla has nearly 400,000 people willing to buy Model 3s.

For an auto body shop, a slower lead-up to autonomous cars — and fewer crashes — will stretch out the time for familiar collision repair business models to exist. The success or failure of OEMs affect certification and specialization business decisions.

Take a look and see what you think for your own career or business.