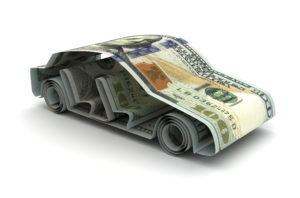 Property and casualty insurers are projected to again incur losses in private passenger auto in 2017, but their efforts to mitigate such costs so far haven’t included major changes in claims handling, an S&P Global Market Intelligence analyst said.

The firm projected a combined ratio of 105.9 in private passenger auto insurance, “an incrementally lower, but still historically high, private auto combined ratio” compared to 2016, senior research analyst Tim Zawacki wrote on the company’s blog June 29 in an article accompanying its 2017 U.S. P&C Insurance Market Report. A combined ratio of 100 means an insurer is breaking even — premiums are equal to the total of loss costs and other expenses. Anything below 100 indicates profit; anything higher is a loss.

Taking all lines of insurance into account, S&P Global Market Intelligence forecast the property and casualty industry will post an overall combined ratio of 100.7, slightly up from 100.5 last year. However, this actually shows “relative strength across several lines given the material negative effects of historically high loss ratios in the auto liability business, and a multibillion reserve charge recorded by American International Group Inc.”

“Though underwriting results in many business lines will deteriorate in 2017, we expect the P&C industry to produce only a modest underwriting loss for the year,” Zawacki said in a June 28 statement. “Needed rate increases for the personal and commercial auto businesses will begin to positively impact industry results in 2017. We expect additional improvement in those lines to take place over the next several years.”

S&P Global Market Intelligence predicted net incurred losses in the private passenger auto segment will grow nearly 7 percent to a record of about $154 billion. The firm attributes this to “elevated volume and cost of claims.” This is at least proportionally better to what the insurers suffered in 2016, with the red ink in auto insurance staunched by higher rates coming online.

“Auto losses soared by 13% in 2016 due to unfavorable claims experience for the underwriters, leading carriers to broadly pursue rate increases,” S&P Global Market Intelligence wrote in a June 28 news release.

“Broad-based rate increases filed by personal and commercial auto insurers in response to higher frequency and severity of claims should begin to have a meaningful impact on statutory loss ratios, which surged in 2016 to their highest levels in 15 years,” Zawacki wrote in the executive summary to the full report. “Technological innovations promise sweeping changes for the industry over the long term, but for the time being consumers should expect to continue to see higher auto insurance rates in the absence of developments such as a decline in miles driven.”

Zawacki wrote in an email Monday that the company doesn’t track policy-in-force data and so he couldn’t break down the percentage growth in the average premium. However, the total dollar amount of private passenger auto premiums written (which would take into account new business as well as rate increases to existing customers) grew 8.3 percent, according to Zawacki. Combined private and commercial auto physical damage written premiums rose 7.3 percent.

As we’ve noted before, carriers raise rates to cover their expenses and maintain profitability, so there’s no call for them to get cranky should your shop — an independent business — does so as well. (DRP shops have a slightly different scenario, but this might be food for thought when the shop renegotiates their DRP arrangement.)

Besides premium increases, some insurers attempted to focus on re-underwriting to mitigate losses, according to Zawacki.

“We have seen carriers take various steps to address rising losses including price increases and, in certain cases, the re-underwriting of certain programs if not entire books of business,” he wrote in an email. “There seems to have been a greater emphasis on re-underwriting in commercial auto than in personal auto to date as some carriers adjust their risk appetite. (They may choose, for instance, to back away from a particular type of risk such as long-haul trucking, for example.) Where we’ve seen re-underwriting actions occur in personal auto, they seem to have been more targeted in nature, focused on specific markets and/or distribution channels.”

Ad spending cuts were another cost-containment measure for the industry as a whole — but perhaps not for No. 2 GEICO.

“My colleagues published a report on 2016 ad spend recently that showed a 3.5% reduction year over year among all P&C insurers, excluding GEICO and affiliates,” Zawacki wrote. “We estimate that industry ad spend including GEICO declined by 0.8% year over year.”

S&P Global Market Intelligence expects GEICO to increase ad spending this year “based on the company’s public comments regarding its growth strategy in the current environment,” he wrote. The firm also expects Progressive to “ramp up its activity” after spending less on direct customer advertising in 2016, according to Zawacki.

“Other companies, however, may as you suggest pull back on ad spend in this environment,” he wrote.

The good news from a collision repair perspective: Carriers aren’t looking to claim thriftiness as a solution to their loss ratios.

“We have not observed any broad shift in claims-handling practices, but that will continue to bear watching to the extent losses keep rising,” Zawacki said.

As we’ve noted before, insurers might be losing money once non-claim expenses like ads and overhead are factored into the combined ratio calculation. But from a pure premium to claims payout perspective, they’re making double-digit margins. So it’s good that the cuts Zawacki and his colleagues are seeing are coming not out of reimbursements due policyholders who’ve been paying premiums but instead out of internal costs and money spent to court somebody who isn’t yet a customer.