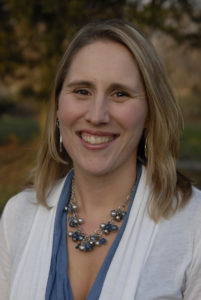 The shop just needs to make the necessary preparations both to win the grant and successfully integrate it into the business, a professional grant consultant said Thursday.

DH Leonard Consulting & Grant Writing Services owner and President Diane H. Leonard, GPC, said one of the most likely targets for small businesses was an economic development agency at the state or local level. Apprenticeships, job training and capital equipment all are in that economic development wheelhouse, and the agencies don’t exclude for-profit entities from grants like other funding sources do — quite the opposite.

As every state and even region handles the process differently, a shop will have to do a little research to see how to apply in their area and if having a nonprofit like a trade group seek the grant was a better option. “It’s really state-specific,” she said.

(Need help finding your own state or regional economic development entity? Try the U.S. Economic Development Administration’s directory online. It might also be worth it to contact your county about even more local-level resources. Leonard said companies also exist who provide lists of public grants, but the price is steep and generally not worth it to small businesses.)

Successful collision repairer applicants shouldn’t count on an infusion of money immediately. Grant funding was “watching paint dry slow money,” Leonard said. Some companies might conclude the wait would slow their business too much, while others will determine “it’s worth playing the game” to obtain the money, she said.

A recipient might have to wait six months to a year to receive the award, and possibly more than a year. In the New York example, applications are due in July, according to Leonard. Winners won’t get their money until 2018.

Leonard said the company needs to think longer-term in its application and business plan: “Who am I going to hire in ’18? Who do I think I might hire in ’19?”

“They’re really forcing this forecast,” she said of the grantors. An applicant must have a solid business plan not just to answer the question but to alleviate the concern that an applicant seeking money to hire someone doesn’t just fire that person when the funding ends, according to Leonard.

Depending on the program, the shop might not get all the funding it needs — or will, but only after the shop spends more money, according to Leonard.

Let’s say a shop needed $100,000 for a frame bench to obtain a new certification and thereby do more business. “No state” would award all of that, Leonard said. Some might only fund 20 percent of the capital, while others are “way higher in your favor,” such as 80 percent, Leonard said. Shops should look into this issue before starting the application process; this issue can trip up larger companies as well.

And the shop might not get that 20 percent up front; the agency might require the owner to put up the money first before receiving the economic development check — perhaps requiring a bridge loan or tapping into company reserves, she said.

“The timing of the money can be really difficult as well,” she said. Accurate cash flow projections are crucial.

Nonprofit grant organizations such as a foundation will exclude businesses 99 percent of the time, Leonard said. However, that doesn’t mean a shop should write them off as a means of achieving its goals, she said.

Instead, a business or several businesses might partner with a local nonprofit such as a vo-tech college on a joint project.

“They’re eligible for all sorts of things that the for-profits aren’t,” Leonard said.

For example, the college gets a grant to train collision repair technicians, and the shops agree to hire them all. The shop still gets a supply of skilled labor, solving its problem even if it didn’t receive any money.

“Sometimes the win is finding the partner that is eligible,” Leonard said.

“We’ve seen a lot of significant grants made that way,” she said of such company-nonprofit teamups.

This might be a shop’s best time to try this option. “Career readiness is a big buzzword,” Leonard said, with federal, state education department and even nonprofit grantors receptive to the concept. Unlike the for-profit aggregators of economic development agency grants, grants offered by nonprofits can be searched using free resources like the Foundation Center.)

Pure federal funding grants do exist, but the reporting demands are much higher, according to Leonard. She said even multimillion-dollar nonprofits have had to close after a big grant because they couldn’t keep up with the federal requirements.

Grant applicants need always to beware that “strings” attached to a grant don’t become “ropes,” or even a “noose,” Leonard said, and her company has a tool to measure applicant grant readiness to prevent an applicant from overly burdening themselves.

Filling out a grant application

Grant writing might seem intimidating, but while Leonard said foundation grants might ask for a more in-depth narrative, economic development grants understand small business owners aren’t going to be English Ph.Ds and tend to ask specific questions demanding specific, short answers that draw from one’s business plan, she said. You can’t be incoherent, but the process is very guided, according to Leonard.

A business or foundation might also consider tapping a volunteer or intern for grant help or opt to hire a grant writing professional, who also can assist in seeking out the available grants themselves. Leonard said the cost to hire the latter isn’t based on the amount awarded. She said a commission based on grant payout is considered unethical in her industry, and discarding such commissions means the grant writer is motivated to work as hard on a $10,000 grant as they do on a $1 million grant.

Leonard’s industry instead typically charges by the hour — she said she’s heard of rates between $40-$200 — or with flat fees. Rates vary based on location, and a grant writer with a higher success percentage or overall career amount raised might command a higher amount.