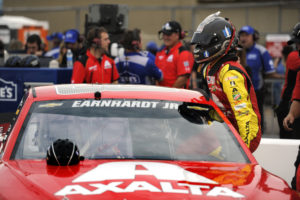 Axalta on Thursday told investors it would protect its margins despite automotive refinish distributor consolidation making it more of a jobber’s market.

This and other insights from one of the large paint manufacturers regarding jobber consolidation might carry lessons for auto body shops reacting to that trend as well.

Axalta in a news release described the lower refinishing prices as the result of “selling channel consolidation in North America.”

The company also raised some prices starting April 1 in North America, generating a lot of “prebuying” in March of lower-margin products by customers and eating into demand (and therefore sales) last quarter, according to Bryant.

Want to learn more about auto paint and refinishing? Hear from Z.P. Czornij of BASF during “The creation of car colors of the next 3 to 5 model years” and John Niechwiadowicz of QLC (for BASF) during “Thorough Estimate Techniques for Special Finishes.” The sessions are part of the Society of Collision Repair Specialists’ Repairer Driven Education Series Nov. 1-4 during SEMA in Las Vegas. Register here for the individual classes or the series pass package deal.

Bryant said the company also lost sales opportunity in the second quarter from some distributors “destocking.”

“This impact is expected to be transitional, however, and not structural, as we remain net-share gainers at the end customer body shop level,” he said.

Bryant explained that the destocking was an internal call by certain distributors and not reflective of market demand.

“We had a couple of our large, national distributors that decided to lower inventory levels in Q2,” he said.

Overall, Axalta has spread to more areas in North America, and “our shop count has continued to climb year-to-date,” he said.

“Underlying refinish demand remains fairly steady globally given the link to global accident rates and miles driven,” Bryant said, suggesting positive trends for the collision repair industry as well. The assessment is somewhat similar to one LKQ made last week during its own earnings call. Bryant said larger distributors tended to have “slightly lower” margins than the smaller ones they were purchasing, creating some “margin pressure” for Axalta (apparently a reference to the larger jobbers demanding lower prices). The company was adjusting its discount structure and “go-to-market model” to compensate, he said.

As the industry consolidates, Shaver said it might adjust its discount structure, change pricing or adjust a service fee to keep margins where it wants them.

Distributors, “they understand it,” Shaver said. Axalta always puts a distributor on notice that while both sides should be able to reach a fair deal, “we’re not going to tolerate a different margin structure over time,”  he said.

Shaver also noted that some acquisitions help Axalta, and it will in fact try to guide a smaller jobber it knows wants to sell to “friendly hands” or encourage a larger distributor to buy a smaller one. In Europe, the company even helped facilitate the takeover of competitors’ distributors by Axalta-friendly ones, he said.

Shaver said Axalta will treat distributors as a “third party” when the end customer is a large multi-shop operator. “In many cases, we negotiate directly with them (the MSO).” Some MSOs use multiple distributors anyway, he said.

Shaver said the distributor is incentivized to “push price,” and Axalta typically knows what the jobber is charging shops. “We have a right to audit all of that,” he said.

The trick was to make sure that downstream at body shop level “everybody stays competitive,” he said.

A painter sports the Axalta logo. (Provided by Axalta)