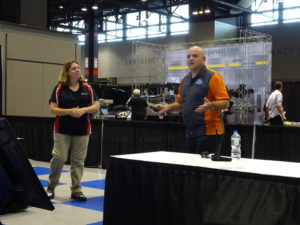 The NACE presentation was intended to dispel the incorrect assertions being made about I-CAR’s teachings being made by some in the auto body ecosystem. Collision Hub CEO Kristen Felder suggested some of these misrepresentations might come from those who took an I-CAR class decades ago but haven’t had training since.

In this case, it sounds like some in the industry might be incorrectly declaring “I-CAR says to use the kink versus bend rule” on modern, higher-strength cars — ignoring both OEM procedures and I-CAR itself.

The old rule said a bent part might be able to be straightened, while a kinked part should be replaced. However, even then, “you have to restore the state and shape,” Bartanen said.

“I can’t have my torch, and my undercoat, like gunslingers attached when I walk into the stall?” Felder joked, mimicking a gunfighter with dual hip holsters.

The reason lies in the grades of steel being used today. For high-strength and ultra-high-strength steel bent parts, “it’s not going be possible to restore that state and shape,” according to Bartanen.

“You might get the shape, but the state of that part is no longer restored,” he added. Heat exposure and even cold straightening can alter the properties of those light but strong steel grades.

Felder said that from time to time, the question of why even shape matters will rear its “ugly head” accompanied by the argument that “‘The customer’s not going to see them.'”

That’s bad customer service, and it also could affect the energy transfer during a subsequent collision, according to Bartanen.

Engineers now design cars with lighter but higher-strength steels to protect passengers and route the energy from a collision around them; different grades of steels are also used in softer crumple zones to disperse some of the energy as well. This keeps the passengers far safer in the past while keeping the vehicle’s weight at a manageable level. For example, watch what happens when the Insurance Institute for Highway Safety crashed a mild steel 1959 Bel Air into a 2009 Malibu with body parts exceeding 800 megapascals:

“The shape is important,” Bartanen said, and the state is “really what’s important” for energy transfer.

The kink versus bend guidance has grown more restrictive to reflect such new technology; this combined with further OEM straightening restrictions — which supercede I-CAR — seem to make the concept of straightening largely irrelevant. (“We don’t really talk about it a whole lot,” Bartanen said of the rule.)

I-CAR’s new guidance, according to a slide at the event:

“If there are no OEM statements supporting, or warning against, straightening, straightening should NOT be done on steel parts above 600 MPa.” 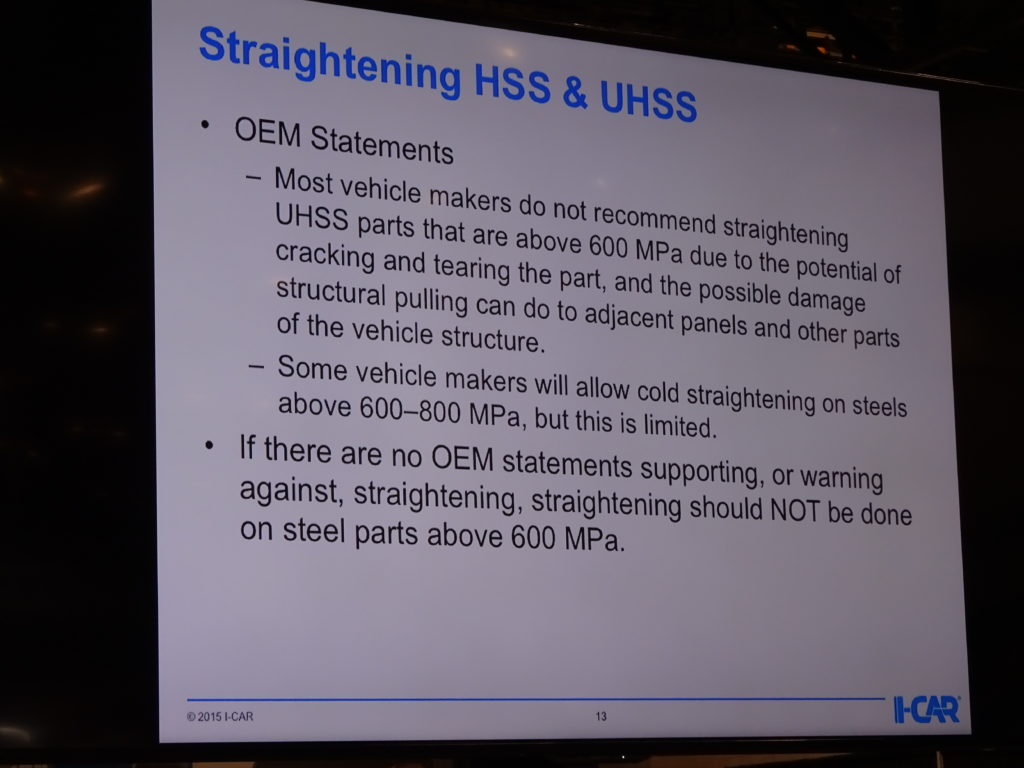 – Most vehicle makers do not recommend straightening UHSS parts that are above 600 MPa due to the potential of cracking and tearing the part, and the possible damage structural pulling can do to adjacent panels and other parts of the vehicle structure.

– Some vehicle makers will allow cold straightening on steels above 600-800 MPa, but this is limited.

Bartanen said he didn’t know of any OEM that allows even cold straightening over 800 MPa.

Felder noted that even the applications where heat is acceptable can have conditions such as a maximum temperature and number of times such heat is applied.

Felder urged owners to purge virtually all torches from their shop.

There might be a couple of applications left for one, but “the days of a technician having a torch in their toolbox are over,” Felder said. She urged owners “do not let torches just randomly run around your shop.”

“Because if I’m an old tech, and I think my experience level trumps OEM procedure, that thing looks real nice,” she continued. 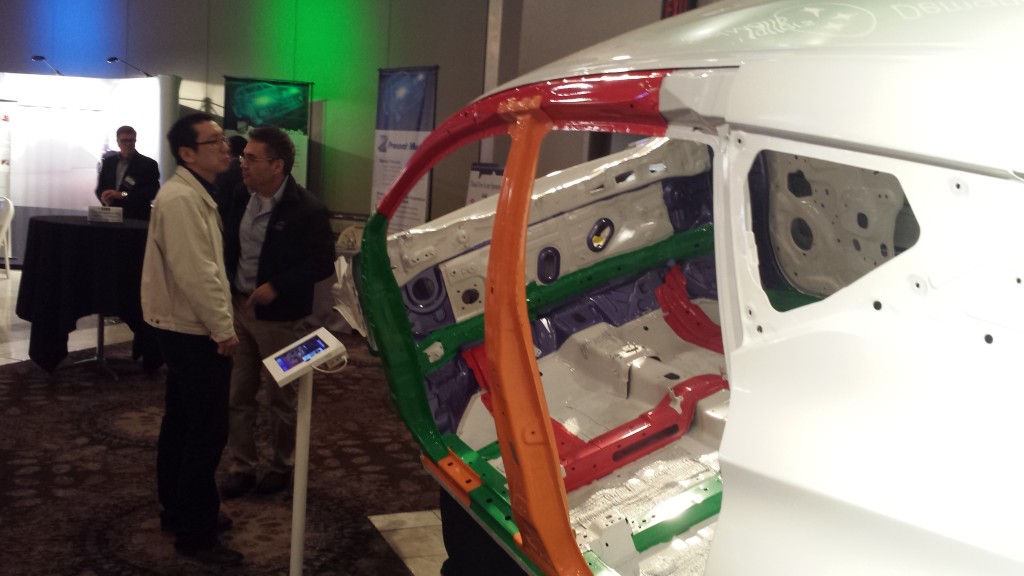 I-CAR went into greater detail on its new guidelines and offered even more restrictions and instructions in an Repairability Technical Support article posted July 27, the same day as Felder and Bartanen’s event.

“If the OEM states that a certain metal or part shouldn’t be straightened, then that part should be replaced (even if it’s only bent). Follow the OEM repair information,” I-CAR wrote.

It also advised that even when an OEM allows straightening at 600 MPa or above, “a dye penetrant should be used to ensure no micro-cracking has occurred. If micro-cracking has occurred, it should be replaced.” That’s an important quality control angle some shops might not be used to doing. (Though they’ll have to get familiar with dye testing for microfractures anyway if they hope to perform proper repairs on aluminum, a Collision Hub “Repair University Live” suggested.)

Sometimes you don’t even need the dye to know you’re going to be replacing the part instead of repairing it:

“Visible cracks or tears in the metal are a ‘permanent area of deformation that will not return to its original state and shape’ and therefore should be replaced,” I-CAR wrote. “A part may not look like it’s kinked, but it may not be able to be straightened without cracking.”

I-CAR also called straightening “not an option” when a bumper beam, door intrusion beam or crush zone is damaged.

Finally, if you can’t get the shape identical, you’re replacing the part:

“If the part is bent, but the thickness or strength of the metal will not allow for straightening without leaving an area of permanent deformation, then the part should be replaced,” I-CAR wrote.

“… Damage to curved or highly formed areas is more difficult to straighten. Bends to these areas may not return to their original state and shape and warrant replacement as well.”