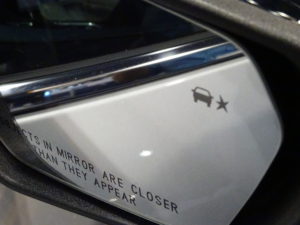 It’s another indication that collision repairers need to prepare for the impact of advanced driver assistance systems upon their business — and the additional constraints and procedures necessary to ensure these safety features work properly when the car is returned to the customer.

IIHS research Vice President Jessica Cicchino examined police reports of actual crashes and the VIN numbers of the relevant vehicles (to determine through build data if the optional ADAS features were present). This allowed her to tease out the relevant lane-change crashes from all the other collisions and confirm the existence of the technology. The study only took into account warning systems — not those which can autosteer the car to keep the vehicle in the lane or avoid blind-spot harm.

“Crashes considered relevant to lane departure warning included single-vehicle, head-on, and sideswipe crashes where no crash-involved vehicle was changing lanes, merging, passing, turning, or backing prior to the crash, and which occurred on roads with speed limits of 40 mph or greater that were not covered with snow or ice,” she described her methodology for the lane departure warning study.

Cicchino threw out sub-40 mph collisions and winter-covered roads because the lane-warning technology isn’t always designed to work under those conditions.

Shops might feel a slight decline in volume caused by the technology, but it’ll be a nibble, not the kind of bite autobraking could deliver. Of course, Cicchino noted that her data sets were small, and a deeper statistical foundation could change the results. So while it’s not a business killer for a shop, large vendors tracking sales by basis points might feel more pain.

Unlike autobraking — which will be effectively standard by 2022 — and rear-view cameras, standard as of the 2018 model year, the technologies at this point aren’t going to be present on every vehicle in the future. (Though some OEMs are making it pretty easy to get.) This should keep the impact upon shops down as well.

Cicchino cited other research that found “evidence indicates that drivers with blind spot monitoring systems overwhelmingly keep the systems turned on,” suggesting that shops and vendors can’t hope drivers will deactivate the crash-cutting technology. In contrast, the IIHS has in the past found drivers deactivating lane-departure warnings, apparently finding them annoying or distracting. That deactivation also minimizes the potential for the technology to erode shop business. However, if OEMs determine a means of alerting drivers more acceptably, the effect of that technology on collision volume could increase — and maybe quite a lot.

“Drivers’ disuse of lane departure warning may explain why the system’s effects on relevant crashes of all severities and with injuries were modest,” Cicchino wrote. “If half of these lane departure warning systems were turned off, then the reduction in crash involvements was only half of what it could have been. In other words, if passenger vehicle drivers in the United States left the lane departure systems on all the time, then the crash reductions could be similar to the 48-53 percent reported in prior studies (Hickman et al., 2015; Sternlund et al., 2017). One way to increase use of lane departure warning is by using vibrating rather than auditory warnings. Flannagan et al. (2016) and Reagan et al. (2017) found that lane departure warning use was markedly higher for systems with vibrating warnings compared with auditory warnings. For example, when the seat vibration setting was selected by the driver instead of beeps in Flannagan et al.’s (2016) study, system usage doubled (from 32% to 64%) relative to drivers that only had the option of beeps.” Learn more about the technology increasingly found on the U.S. vehicle fleet and what it could mean from your shop in terms of repair procedures and liability at the Society of Collision Repair Specialists’ OEM Collision Repair Technology Summit Nov. 2 during the SEMA Show in Las Vegas. Innovators in automotive technology will be on hand for “How Automotive Research is Driving Change”; “The Impact of Advanced Vehicle Systems on Routine Repair Process and Procedure”; and “The Hidden Dangers of Vehicle Technology, Improper Repair Methodology and Your Liabilities.” Space will be limited; early registration is encouraged. The sessions are part of the SCRS Repairer Driven Education Series Oct. 30-Nov. 3. Register here for the individual classes or the series pass package deal, which includes the entire week of classes, all three parts of the OEM Summit and the Nov. 2 Sky Villa afterparty.

Though neither technology is applicable in as many collisions as something like autobraking or as potentially as effective as something like electronic stability control, it is still preventing crashes with statistical significance.

That puts additional pressure on shops and insurers to ensure the technology is properly calibrated and, in the case of blind-spot monitors, not compromised by improper painting or repairs to the bumper cover. (There’s also the possibility an insurer or customer would want to use an aftermarket blind-spot monitoring mirror or OEM-forbidden aftermarket glass over a lane-watching camera, raising new liabilities for the shop if they agree.)

As the IIHS concluded, the data shows property and potentially lives will truly be at stake based upon how well you fix these systems.

“(I)f all passenger vehicles had been equipped with lane departure warning, nearly 85,000 police-reported crashes and more than 55,000 injuries would have been prevented in 2015,” the IIHS wrote. “… A simpler analysis that didn’t account for driver demographics found that lane departure warning cut the fatal crash rate 86 percent.”

“This is the first evidence that lane departure warning is working to prevent crashes of passenger vehicles on U.S. roads,” Cicchino said in a statement. “Given the large number of fatal crashes that involve unintentional lane departures, technology aimed at preventing them has the potential to save a lot of lives.”

Unlike the conclusive results on reduction in gross crashes, the data on blind-spot monitoring injury reduction wasn’t statistically significant — but further research could prove it is indeed cutting injuries too. “(T)he effect for injury crashes was consistently in the expected direction for 5 of the 6 manufacturers studied,” the IIHS wrote.

“Blind spot detection systems work by providing additional information to the driver. It’s still up to the driver to pay attention to that information and use it to make decisions,” Cicchino said in a statement. “That said, if every passenger vehicle on the road were equipped with blind spot detection as effective as the systems we studied, about 50,000 police-reported crashes a year could be prevented.”

“STAY WITHIN THE LINES”

The blind-spot monitoring alert on a 2018 Chevrolet Equinox Premier can be seen on its mirror. (John Huetter/Repairer Driven News)