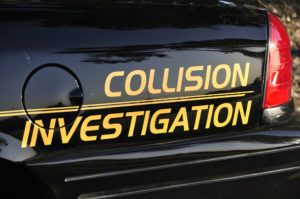 A garagekeepers policy might not always cover the technician who performed an incorrect repair, depending on the type of coverage an owner has, a collision repair attorney said Wednesday.

Erica Eversman of Vehicle Information Services said during Wednesday’s “Repair University Live” that garagekeepers policies are “usually not” covering technicians — which means the tech would have to pay for their own defense in court. And a technician is still “100 percent” liable for the repair, she said.

Techs should consider their liability and check with their owner and counsel about their civil and criminal exposure, host Kristen Felder (Collision Hub) and Larry Montanez (P&L Consultants) advised.

This exposure might change depending if a technician is an employee or an independent contractor, Felder said.

Granted, a technician might not be as attractive of a civil litigation target as the business itself — which in theory has deeper pockets. But there’s still the threat of criminal prosecution and the cost of paying for that defense.

If a technician’s repair results in harm to an occupant, “you’re the person who’s going to jail,” Eversman said.

She said people were upset the first time she pointed that out. “I’m like, ‘I’ve seen it happen,'” she said.

“‘My boss said I had to do it this way,'” Mark Olson of Vehicle Collision Experts mimicked a technician’s defense of their repair.

Garagekeepers doesn’t typically cover criminal prosecution anyway, which means the tech and anyone else hauled up on charges would need to pay their own court costs.

Felder said she is “constantly amazed” by how little owners and technicians understand about what coverage they have. Shops think they’re covered but in fact might be exposed to what might be a six- or seven-figure verdict.

“‘I can’t write that check,'” she said of a hypothetical shop. ‘That’s going to close my entire business.'”

Olson said in his experience, garagekeeper’s pays for a shop’s legal defense in a civil case — but it doesn’t have to pay whatever damages are imposed by the court.

Eversman indicated that this might not always be as clear-cut as Olson made it. “It depends on the terms of your policy,” she said. (Which is a good reason for a shop to get their garagekeepers agent to explain their coverage and, as Montanez suggested, consult an attorney to find out how much coverage is needed to mount a defense without having to break one’s own bank.)

A shop would likely have to be pretty reckless — “I did nothing right” —  for their behavior to rise to the level of intent where a garagekeepers carrier wouldn’t be obligated to defend them, Eversman said. However, once the shop learned it was wrong and continued the pattern of behavior, there might be an argument that the repairer had the intent to cause harm, she said. Like a personal auto policy, that intent could therefore void the policy, according to Felder and Eversman. Learn what failing to follow OEM repair procedures could mean for your shop in court Nov. 2 at the OEM Collision Repair Technology Summit during the SEMA Show in Las Vegas. Experts will present “The Hidden Dangers of Vehicle Technology, Improper Repair Methodology and Your Liabilities.”  Space will be limited; early registration is encouraged. And learn how to access and use those OEM repair instructions with “Get Attached to Following Procedures: A Comprehensive Guide to OEM Joining”; and Larry Montanez, P&L Consultants, with “How to Find, Read and Understand OEM Repair Procedures.” The sessions are part of the Society of Collision Repair Specialists Repairer Driven Education Series Oct. 30-Nov. 3. Register here for individual courses or here for the series pass package deal, which includes the entire week of classes, all three parts of the OEM Summit and the Nov. 2 Sky Villa afterparty.

Another major garagekeepers point raised by the show: Just because a DRP shop has agreed to indemnify an insurer and warranty their work as a condition of the contract doesn’t mean their garagekeepers policy will cover the cost of that indemnification.

“Most shop owners just do not understand that,” Eversman said.

Felder said she’d seen a few cases where the insurer representative will say, “‘You signed what?” And suddenly, there’s a recess.”

Felder recommended shops review their garagekeepers coverage every six months and before a change in their business, such as a DRP or OEM certification.

Featured image: Garagekeepers insurance might not cover a shop or technician in a criminal case. (aijohn784/iStock)