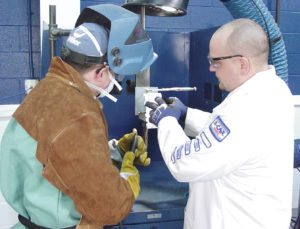 A Chief and I-CAR instructor said that in his experience, the true difficulty in shops adapting to new vehicle technological demands wasn’t buying thousands of dollars of new equipment — it was getting one’s staff properly trained to use the gear.

Ken Boylan, who will teach “Current and Future Technologies 2017 and Beyond” at 3 p.m. Monday, Oct. 30, during the SCRS Repairer Driven Education series, discussed some of those new technologies and shops’ level of preparation for them on Wednesday ahead of his SEMA presentation. (Sign up for the class here, or buy the series pass package deal here.)

“People want to do a good job,” Boylan said of collision repairers. However, they might not have the knowledge or equipment to do so, something he called “very frustrating” for the tech so hamstrung.

“It’s never really the cost of the equipment,” Boylan said of his experiences at shops in conjunction with Chief. The real demand is “‘Can you train us on the equipment?'” he said. 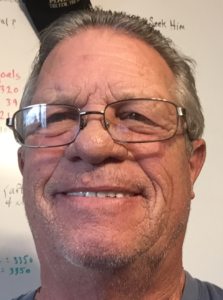 He said he encourages his staff of six at Chief to train. “I think it’s a lifelong effort myself,” he said. “… It’s serious business.”

Even in a situation where a technician is trained on the relevant equipment, the shop might be back to Square One should that tech leave. Or a shop might be well-trained on a piece of technology, but technicians’ skills might atrophy if they’re not frequently using the gear. “Your skills start to degrade,” Boylan said.

Of course, Boylan argued that even more pressing than training was obtaining staff to train in the first place.

“The biggest challenge is getting people in the industry,” he said.

Asked what areas he saw needing particular improvement in the shops he visited, Boylan pointed to welding. He said most technicians probably thought they were good welders, but as he himself just experienced, “‘That (weld) looks really pretty, but it failed pretty ugly'”

Boylan said he had an example of 12 spot welds which passed a pull test in the shop. But when the welds were subjected to the kind of microscopic examination demanded in Europe, only one passed, which he called “really … scary, when you think about it.”

OEMs design vehicles with crash energy load pathing calculated at thousandths of a second, according to Boylan. Change a spot weld to a MIG weld or produce a weld not microscopically up to snuff, and this timetable and subsequently the vehicle crashworthiness might be disrupted, according to Boylan.

Asked if he had heard of other OEMs going the way of the Europeans in terms of weld scrutiny, Boylan said he couldn’t speak for automakers but did share an anecdote of talking with some Ford professionals about the microscopic tests.

Shops might also want to re-examine their measuring practices. Boylan noted that a shop can’t blueprint without measuring the car.

“Yet you see it happen all the time,” he said. Shops will conclude, for example, that as the hood and fenders fit, there’s no need to measure the rest of the vehicle.

“That’s a big concern,” Boylan said. “… I would not touch a car today without measuring.”

Vehicles might have tolerances of just 2 mm — too small to be detected with the naked eye.

Get a rocker panel off by just a little bit, and “the whole car would be out of level,” Boylan said.

Boylan said their philosophy was: “‘If you don’t measure, don’t fix it.'”

An I-CAR welding session is shown. (Provided by I-CAR)