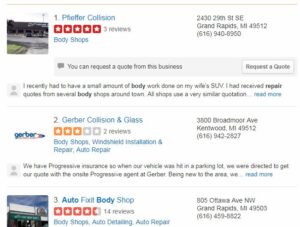 Focusing on the review sites Yelp and Google should be a high priority for a collision repairer launching a social media strategy, according to Management Success representatives.

“Social media is replacing word of mouth,” senior service consultant Jim Saeli said earlier this month. But Facebook, arguably the site that comes to mind when one thinks of social media, is more important for customer retention rather then bringing in new customers, he said. 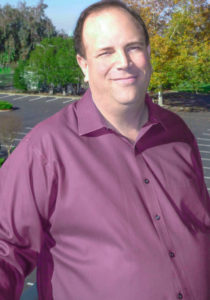 It all comes down to smartphones becoming the dominant tool for searching for a shop and the two review sites figuring prominently in that search, Saeli said. Fortunately, though businesses can pay for additional benefits on Google and Yelp, “you don’t have to spend any money” to establish your presence, he said.

The review sites matter even for customers with a recommendation in hand from an insurer, according to Saeli, who recounted a claim related to his son’s vehicle.

“The insurance company tried to steer me” to a direct repair program facility, but “I was leery,” describing feeling like he wanted to take a step back and assess what seemed like a rapidly developing situation.

“As a consumer, I was definitely looking for options but didn’t know where to go,” he said. A customer’s first move is to check out a shop on the Internet.

“You’re not on the Internet, you don’t exist,” Saeli said.

Besides, sometimes the insurer might give more than one recommendation, prompting the customer to research them to see which reviews the best, according to Doche.

Even if there’s a single recommendation, “I know, me personally, I would probably check out Shop A,” she said. Going onto Yelp brings up details about other shops, allowing even non-DRP shops to compete. 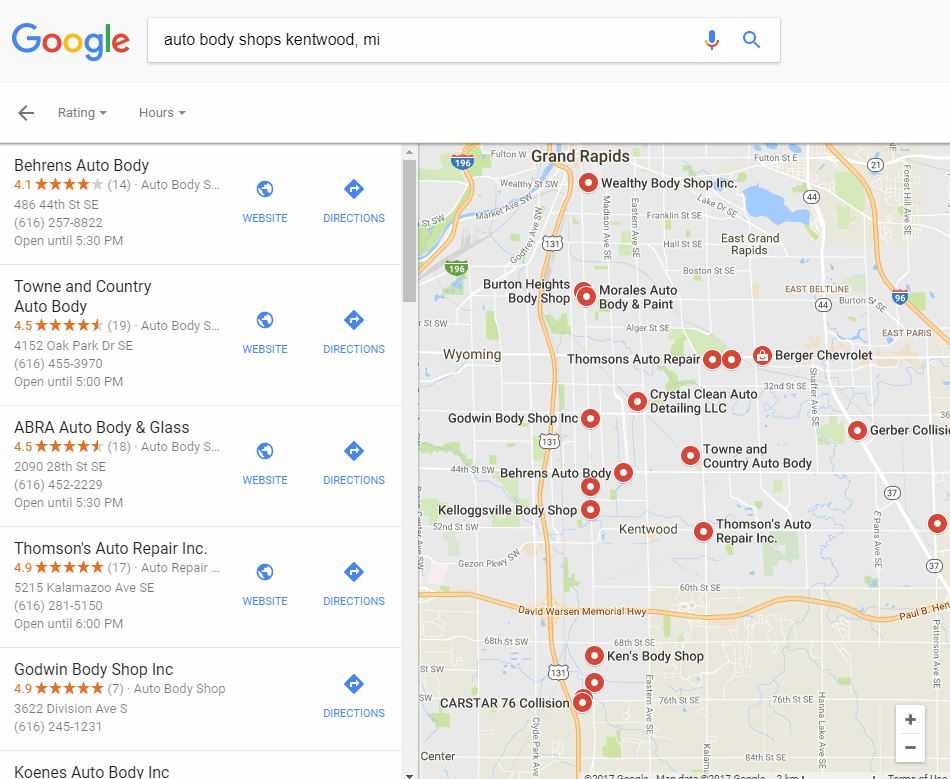 Saeli said his SEMA class would also discuss what shops making their first forays online should do to obtain the necessary customer feedback.

Sometimes, the feedback can be negative — or even fake. It’s vital that a shop know how to respond appropriately.

“There is a specific sequence that you should go through” to handle a bad review, Saeli said.

Besides responding professionally, its crucial a shop know to hold off on responding until a certain point in that sequence.

“Once you respond to a review, it’s not going away,” Saeli said. “… That’s the last step you want to take.”

Focusing on the review sites Yelp (pictured) and Google should be a high priority for a collision repairer launching a social media strategy, according to Management Success representatives. (Screenshot from www.yelp.com)

Focusing on the review sites Yelp and Google (pictured) should be a high priority for a collision repairer launching a social media strategy, according to Management Success representatives. (Screenshot from www.google.com)