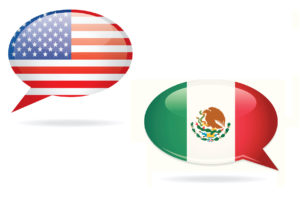 I-CAR’s upcoming overhaul of its entire curriculum will be accompanied by parallel courses for what could be thousands of Spanish-speaking technicians across the county, I-CAR curriculum and product development director Josh McFarlin said Thursday.

McFarlin said I-CAR had always intended to have the revamp include redesigning course materials (for example, more white space to accommodate additional characters) to make them easier to translate at some undetermined point in the future. But as the technical training subcontractor assisting with the coursework revamp also offered technical translation services, I-CAR decided to pull the trigger on launching bilingual curriculum now, while a package rate would be possible, according to McFarlin.

Both the new English and Spanish curriculum should debut in early 2019, McFarlin said.

I-CAR has “heard loud and clear” from both independent shops and multi-store operators in its 72-member collision repair Industry Segment Advisory Council that the need for courses in Spanish and even other languages “is growing at a rather steady rate,” McFarlin said.

He acknowledged that this is “a little anecdotal,” and the demand is probably region-driven, but I-CAR has “heard it over and over again.”

In 2012, I-CAR internal research into customers found “a little less than 10 percent preferred to communicate in Spanish,” he said, noting that having a preference for Spanish doesn’t mean the tech can’t speak English.

“It’s certainly a regional thing,” McFarlin said, observing that in regions like Southern California or Texas, the statistic would be “well above 10 percent.”

Federal statistics data hold that about 147,000 people worked in collision repair and refinishing in 2016. Nearly 13 percent of the U.S. population was estimated to speak Spanish in 2013, the last year with data available. Of those, more than 5.6 percent reported they speak English less than “very well,” according to the Census Bureau. Put that together for some rough napkin math that McFarlin suggested, and you could have potentially more than 8,000 technicians who would prefer Spanish education. Use I-CAR’s 10 percent statistic, and the number climbs to 14,700 repairers.

Bureau of Labor Statistics suggest that 24.1 percent of the 147,000 auto body repairers in 2016 are of Hispanic or Latino descent, compared to 16.7 percent of the overall workforce. This statistic would obviously would include Latinos speaking English as a first language or otherwise completely fluent in it. But it’s another sign that bilingual initiatives might be more relevant for collision repair than other industries. (Also unlike some other industries, auto body repair has a skilled labor shortage, which might make tearing down a language barrier to otherwise qualified employees more of a priority.)

I-CAR settled on Latin American Spanish, concluding it was the “mostly widely accepted and has the most overlap between the different dialects,” according to McFarlin.

“It gets the closest,” McFarlin said.

At this point, I-CAR has no plans to translate its curriculum into other languages besides Latin American Spanish, but the translation-friendly redesign makes it possible should future U.S. demographics justify it. (I-CAR Canada has French materials, but that’s under the licensee’s own initiative and not necessarily transferable to the U.S. I-CAR program, McFarlin said.) Interestingly, I-CAR leaves technical terms in English. McFarlin said that tends to be the best solution, as terms like “rocker panel,” “taillight” or “deck lid” either “don’t translate well” or are “much more sensitive to the different dialects.”

“You just leave it as ‘taillight'” and translate the rest of the passage, McFarlin said. He said that if you hear Spanish speakers in a technical setting, they’re doing the same thing: The bulk of the conversation is in Spanish, but “they’re also saying ‘taillight’ (in English).”

This isn’t a couple of token classes in Spanish or a pilot initiative. McFarlin said that everything necessary to be I-CAR Platinum and achieve ProLevel 3 within any Professional Development Program will be available in both languages, with the exception of the additional elective peripheral classes needed for continuing education.

For example, McFarlin said I-CAR’s annual “Vehicle Technology and Trends” overviews, which can fill the continuing education requirement, won’t be presented in Spanish — though down the road, this could be a possibility.

I-CAR’s three-part welding certification will also be available in Spanish, both the information elements as well as the hands-on welding test, according to McFarlin.

McFarlin said he didn’t know if the Spanish courses would be more expensive to offset the cost of the translation and couldn’t provide an answer at this time.

Spanish-speaking technicians have options prior to the 2019 launch. Some of I-CAR’s more than 400 part-time instructors nationwide are bilingual and can offer a Spanish class.

“It is not a service that we offer as a consistent availability,” McFarlin said. The class isn’t a formal I-CAR production; rather, the instructor is “translating on the fly,” he said.

I-CAR also allows any non-English-speaking student to bring a bilingual “assistant,” such as a friend or family member. (Children are popular choices.)

“They’ll help to play the role of translator,” McFarlin said.

I-CAR’s upcoming overhaul of its entire curriculum will be accompanied by parallel courses for what could be thousands of Spanish-speaking technicians across the county, I-CAR curriculum and product development director Josh McFarlin said Thursday. (pop_jop, left, and RUSSELLTATEdotCOM/iStock)

I-CAR is in the process of translating more than 100 hours of content into Spanish, including this slide. Release is expected in early 2019. (Provided by I-CAR)