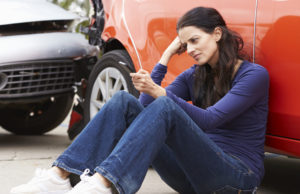 The researcher’s annual U.S. Auto Claims Satisfaction Study released Monday found that only 9 percent of the more than 11,000 recent claimants polled between November 2016 and August 2017 reported a claim through an insurer’s website or smartphone app.

It’ll be interesting to see if this statistic jumps in the 2018 study. Allstate’s national rollout of its QuickFoto Claim photo estimating system wasn’t slated to be completed until this summer, which might have prevented the initiative by the nation’s No. 3 carrier from making a serious impact in the 2016-17 poll. Tractable said this summer their AI photo estimating software is seeing use from major carriers, and CCC recently announced a method of triaging total losses through images.

According to J.D. Power, 22 percent of policyholders “begin their interaction with an insurer online,” a reference to buying insurance through avenues like a website. However, they’re opting for a more personal touch when filing a claim.

Policyholders born between 1977 and 1994, which J.D. Power characterizes as “Gen Y,” were the most likely to report a claim digitally but to a large degree aren’t, according to the news release.

On the whole, customer satisfaction also falls 16 points when the policyholder reports a claim digitally instead of over the phone. However, the research doesn’t necessarily debunk the frequent assertion from insurers that customers prefer such “touchless claims” — which can create enormous savings for carriers — to ones filed in a traditional manner.

Though the customer might not be filing the initial report online, the policyholder might still be handling other elements of the claim digitally. Other polling found 16 percent of customers using “digital status updates and digital appraisal offerings” — defining the latter as submitting images for photo estimating.

That’s still not necessarily a ringing demand either — but policyholders who do opt for these features seem to like them.

Supporting an analysis from CCC that status updates are more important than cycle time, J.D. Power found that customers receiving digital updates posted a 33-point-higher overall satisfaction. Shops should take this to heart; the technology certainly exists for repairers to provide updates digitally as well. (Or go “low-tech high-tech” and manually email or text your vehicle owners if you don’t want to spring for a more advanced automated option.)

J.D. Power also suggested that younger customers like photo appraisals while older ones didn’t, specifically pointing to “satisfaction improving by 26 points among Gen Y and declining by 16 points among Pre-Boomers (born before 1946)” when the technology was used.

“U.S. auto insurers have invested heavily in technology that will help them gain efficiencies in claims handling, but there are still certain areas of the claims process where the human touch is proving difficult to replace,” J.D. Power property and casualty insurance practice lead David Pieffer said in a statement. “As insurers continue down this path, it will be critical that communication with their customers is not negatively affected.”

However, the ultimate driver of satisfaction remains how the insurer handled what J.D. Power called “claims servicing.” It’s unclear if this refers to the insurer’s willingness to pay for the proper repairs and parts, amenities like rental cars or priority treatment at a direct repair program shop, the pleasantness of the insurer reps on the other end of the line, or a combination of all three. But whatever it is, it matters. J.D. Power called it the No. 1 factor in determining satisfaction.

“The top performer in the claims servicing factor has an overall customer satisfaction score that is 104 points higher than the lowest performer,” J.D. Power wrote.