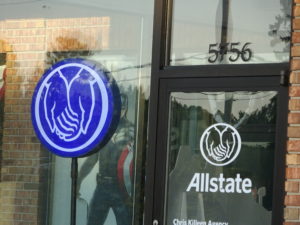 The rate of auto collisions has flattened out or markedly decreased for three of the country’s largest auto insurers, according to recent financial reports.

The Allstate, GEICO and Progressive quarterly data suggests 2017 has reversed or stalled what had been multiple quarters of frequency increases. If this trend keeps up, collision repairers — particularly those in the three carriers’ direct repair programs — might want to prepare for less volume than they’d enjoyed in 2015 and 2016.

CCC data found auto collision and liability claims “were actually down” 0.4 percent for all carriers in the quarter ending Sept. 30, LKQ CEO Nick Zarcone told investors in his own Oct. 26 earnings call.

“Frequency continued to show improvement across both coverages in the third quarter 2017, and favorable trends were geographically widespread,” Allstate investor relations head John Griek said on an earnings call Thursday, according to a Seeking Alpha transcript. “Externally, frequency trends in 2017 have moderated across the industry.”

No. 2 GEICO’s parent company Berkshire Hathaway reported Friday that while property damage and collision severity were up 4-6 percent for the first three quarters of 2017, frequencies “were relatively flat compared to 2016 for property damage, collision and bodily injury coverages and decreased about three percent for personal injury protection coverage.”

GEICO also has “over the past year” (it’s unclear if it’s referring to the quarter or the first nine months of 2017) raised rates an average of 6 percent — but still grew voluntary policies by 9.9 percent.

The company ultimately posted a $416 million loss for the quarter compared to July-September 2016 and a $122 million loss over the first three quarters of 2016. GEICO attributed the loss to Hurricanes Harvey and Irma, which wiped out $500 million in premium revenues in the third quarter.

GEICO was still able to spend more money on ads and employees, albeit not a huge increase. Still, it’s something to keep in mind along with the higher premiums whenever an adjuster gives you a hard time about the bill.

“Underwriting expenses in the third quarter and first nine months of 2017 increased $25 million (2.5%) and $235 million (8.1%), respectively, compared to 2016,” Berkshire Hathaway wrote. “…The largest components of underwriting expenses are employee-related (salaries and benefits) and advertising, which increased at a slower rate than premiums earned.”

No. 3 Allstate reported a “broad-based decline in accident frequency,” with gross auto property damage frequency down 8 percent and actual paid frequency down 9 percent over the third quarter of 2016. Between January and September, Allstate’s gross frequency dropped 5.7 percent, while its paid frequency fell 5.2 percent.

However, auto severity rose 4.9 percent for the quarter and 3.8 percent for the first 75 percent of the year — but the carrier appears to be including catastrophic losses here, something it doesn’t do with frequency.

These margins are generated by Allstate’s mix of lower frequency and higher premiums. The company reported Wednesday that its average premium rose 4.5 percent. While it lost 1.7 percent of its auto policy count, applications rose a whopping 11.5 percent.

“A portion of frequency decline can be attributed to the shift in tenure and higher quality of book as a result of profit improvement initiatives,”  the company told investors in a slide, though it noted that greater growth could mean “new business frequency could increase.”

On the whole, Allstate attributed the frequency reduction to “External factors.”

“Annual frequency fluctuates significantly based on economic conditions, weather and driver behavior, such as distracted driving,” the company wrote in a presentation to investors.

Allstate did cut ad expenses in the past to compensate for higher loss costs, and the amount it’s spending on ads was 2.0 points, down from 2.2 a year before, of the Allstate brand’s combined ratio. Ad spending made up 2 points of the nine-month combined ratio in both 2017 and 2016. (A combined ratio is the insurance industry’s measure of if premiums brought in more than loss and overhead expense. Anything under 100 is profit, 100 is breaking even, and above 100 means a carrier is in the red.)

Discussion during the company’s third-quarter earnings call examined rates, according to the Seeking Alpha transcript. As usual, it provides a good argument for shops fighting Allstate adjusters over rates or line items: There’s nothing wrong with running your business like a business.

“It’s always our objective to keep pace with changes in frequency and severity and overall loss costs in a way that maintains our margins and is as least disruptive to our customers as possible,” Allstate President Matt Winter said on the call, according to the transcript. “When you have a large spike in either frequency or severity, our belief is, we have to maintain margins and get back to rate adequacy as quickly as possible.

“And so we will take larger rate amounts as necessarily and as justified when we happen to maintain those margins. We’re right now in a much different rate environment than we were in 2014 and 2015. It appears that we’re able to take what I would call maintenance rates, inflationary – normal inflationary damage cost and severity increase rate adjustments, and that tends to be smaller, less disruptive, and does less damage to our retentions. And that is our objective whenever we can.”

No. 4 Progressive has posted similar reductions, observing that auto accident frequency fell 5 percent in the third quarter and is down 4 percent to date (through Sept. 30) for the year.

“We closely monitor the changes in frequency, but the degree or direction of near-term frequency change is not something that we are able to predict with certainty,” Progressive wrote in its quarterly report. “We analyze trends to distinguish changes in our experience from external factors, such as changes in the number of vehicles per household, miles driven, gasoline prices, greater vehicle safety, and unemployment rates, versus those resulting from shifts in the mix of our business, to allow us to reserve more accurately for our loss exposure.”

However, Progressive wrote that auto property damage severity rose about 6 percent in both periods. It didn’t provide a statistic for collision severity.

“Our Direct auto new applications grew 25% for the third quarter compared to last year,” Progressive CEO Tricia Griffith wrote. “During the quarter, we kept our advertising costs on pace with the first half of the year. However, on a year-over-year basis, our media spend was up significantly for the quarter, reflecting the cost reduction efforts we put in place for the second half of last year. In any event, I’m pleased with the recent Direct auto growth and the efficiency of our media spend.”

Progressive’s media spend grew faster that premiums, but its other non-loss expenses didn’t during either the quarter or nine-month periods, the company told investors.