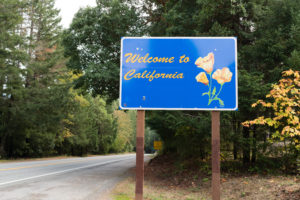 Besides the labor rate survey update currently in process, the state of California’s 2016 settlement with GEICO requires the carrier to adopt or refrain from other claims practices.

The compliance list and its alleged backstory are worth reviewing by shops to make sure they’re not encountering some of the problem behaviors alleged by the state after the California Department of Insurance’s investigation of 153 complaints in 2014 and the first half of 2015. They’re also worth reviewing by carriers who want to avoid a similar set of state demands and $200,000 fine. (Note: It’s not clear if all of the issues raised by the CDI relate to auto insurance claims.)

GEICO denied all the allegations levied against it by the CDI in June 2016 but stipulated in the August settlement that they “if proven to be true, may constitute grounds for the Commissioner to impose a civil penalty and issue and order to Respondents to cease and desist.”

Here’s some of the things GEICO has agreed to do in California:

If the adjuster doesn’t agree with the shop on the bill, the carrier must kick it up the GEICO chain of command until both sides come to a deal or GEICO produces “a timely partial denial by sending an adjusted estimate identifying the specific adjustment made to each item and the cost associated with each adjustment made to the claimant’s shop estimate.”

The 37 allegations levied against GEICO by the CDI in 2015 included the accusation that the carrier refused to adjust claims if the shop’s estimate exceeded the carrier’s own. It also alleged that GEICO had made “unreasonably low” offers, claimed some offers weren’t always up to “accepted trade standards for good and workmanlike automotive repairs,” and accused GEICO of not always conducting. a “thorough, fair and objective investigation.”

GEICO also agreed in August to take better care to meet the deadlines for approving or denying such repairer charges and other customer communications.

GEICO will “route emails from customers received via ‘geico.com’ to a central mailbox and disseminate them for responses. Reviews will be conducted to ensure response to such email communication are sent as quickly as possible,” according to the settlement. GEICO also was to have trained staff on being timely in communicating with customers — and such training was to have been given to all new hires — and how to handle issues like claim denials.

The carrier was accused in June 2016 of blowing various deadlines, including the 40-day deadline to formally confirm or deny a claim; the 30 days to pay a claim after that point; the 15-day time limit to respond to a policyholder, start investigating a claim, help a customer with the logistics (forms, etc.) of the claim, or acknowledge the existence of the claim; and the 30-day time limit to request more time. GEICO also was accused of not responding in time (21 days) to CDI inquiries and keeping incomplete claim records.

It should be noted that GEICO specifically disputed the allegation that it wasn’t paying claims within 30 days, according to the August stipulation.

“Respondents contend they make reasonable efforts to tender timely payments and otherwise perform claim obligations and the violations derived from isolated cases,” the CDI noted. “Nevertheless, Respondents will review a sample of claims to ensure compliance with timely payment requirements.”

GEICO also allegedly didn’t “provide in writing the reasons for the denial of the claim in whole or in part including the factual and legal bases for each reason given,” the CDI said.

Under California law, refusing to pay a shop’s labor rate — with or without strong survey data to back it up — is considered a partial claim denial requiring a timely statement of such in writing. Getting that right will be part of the training given adjusters, according to the settlement.

“Declining to pay a claimant’s body shop of choice’s labor rate on a repair estimate and not reasonably adjusting the labor rate in accordance with CCR section 2695.8(f) is deemed as a denial of the claim which is subject to the written denial requirement,” the CDI wrote in June 2016. “As such, failure to send a written denial is a violation …”

GEICO also faces a specific “basecoat reduction” requirement related to its “practice of reducing labor time from basecoat refinish operation when the repair involves a body panel that is only partially damaged (also known as ‘partial refinish’).”

“Respondents will train and direct their adjusting staff to make reasonable efforts to secure ‘agreed prices’ on all repair estimates whenever possible,” the stipulation states. “A basecoat reduction will not be used as a basis for the Respondents to not secure agreed prices.”

The Department believes and thereby alleges the Respondents improperly deducted basecoat refinish labor time from the body shops’ repair estimates,” the CDI wrote. “… Any basecoat reduction for a partial refinish that deviates from the insurer’s estimating software must be reasonably supported. A basecoat reduction that reduces the minimum labor time required under the accepted trade standards for good and workmanlike repairs for a refinish operation is a violation …”

Featured image: The California Department of Insurance is perhaps one of the more favorable ones from a shop and consumer perspective. (ChrisBoswell/iStock)