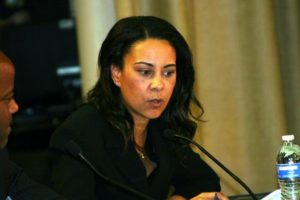 A bill which effectively gives the stamp of approval to the kind of labor rate misbehavior new California regulations sought to check has effectively died, but its author on Monday said she plans to introduce a new version addressing stakeholder concerns.

Assembly Bill 1679 would have allowed methodologically ludicrous insurer surveys to count as a “good faith” effort to determine a labor rate, destroying a California Department of Insurance effort to remove contractually deflated direct repair program rates from the surveys.

“AB 1679 would have eliminated important standards set forth in the new California Department of Insurance regulations that produce consistent, accurate and reliable labor rate surveys and instead allowed insurers to conduct ‘alternative labor rate surveys’ skewing results in a manner that would have suppressed market rates,” the California Autobody Association wrote to members Monday. “The bill would also have eliminated new consumer protections with regard to consumer’s right to selecting a shop to have their vehicle repaired.”

AB 1679 passed the California Assembly Insurance Committee 13-0 in 2017 but was held in committee by the Assembly Appropriations Committee last week — “effectively killing the bill,” the CAA told members.

“We feel like the bill is almost there,” Gonzalez Fletcher said. However, she said committee approval would serve to pass the bill out “incomplete,” and asked Burke to reintroduce it, go through the committee process and bring the measure back for dispensation in May.

Consumer Watchdog President and Chairman Jaime Court, whose organization publicly attacked AB 1679 last week, explained that the bill’s failure to clear its appropriations committee by the legislative deadline last week meant it was “on life support.”

There’s still a chance that the measure could receive a waiver or could be contained in an eligible bill through a “gut and amend” process, though both are rare, according to Court.

“We’re looking for it,” Court said.

“We fully expect the insurance industry to make another attempt to either introduce a new version of AB 1679 or ‘gut and amend’ another bill this year,” the CAA warned members.

“We must continue to be vigilant.  The CAA will continue monitoring legislation very closely and will keep members posted, if any developments occur.”

Burke does plan to reintroduce a new version of the measure, and her office provided a draft on Tuesday that she said was the product of meetings with stakeholders. She said the California New Car Dealers Association had switched its position from opposition to neutral as a result. However, the CAA remains opposed to the measure.

Consumer Watchdog on Thursday issued a news release accusing State Farm as the power behind the original AB 1679 along with a copy of a Jan. 6 letter it sent asking Burke to withdraw the bill. The consumer group suggested Burke had been duped by State Farm, and Court called the bill the handiwork of one of the insurer’s lobbyists.

“State Farm has been advocating this bill under false pretenses; and its true intent, which is, more than likely, not how it has been represented to you, is to allow State Farm to deny victims of crashes adequate repairs for their vehicles as required per manufacturer specifications,” Consumer Watchdog counsel Michael Mattoch wrote to Burke. “This will imperil policyholders who receive sub-standard repairs on their vehicles and transfer the additional costs of those shoddy repairs to their policyholders, who must then pay those substantial, un-anticipated, out-of-pocket costs for their repairs in violation of their insurance agreement.”

Asked about that allegation and other elements of the bill, Burke released the following statement:

A consumer’s right to select an auto body shop of their choice to repair a vehicle has never been threatened by this bill, I want the consumer to have an open conversation about the benefits of the insurance policy they pay for.

With regards to the voluntary labor rate survey, my objective all along has been to keep insurance costs low, ensure certainty for businesses, establish a fair process to determine a prevailing labor rate, and guarantee that small body shops are able to compete. I understand that establishing a labor rate is just the start of a negotiation, and I want those negotiations to be fair.

We have had countless hours of good faith negotiations on this bill with the Consumer Attorneys of California, California Autobody Association, California New Car Dealers, Alliance of Automobile Manufactures, Insurance Companies, and the appropriate policy committee consultants to ensure that we get this complex issue right.

While AB 1679 will not be moving forward, I plan to introduce a new bill from where we left off in the negotiations.

Consumer Watchdog also alleged a variety of bad-faith insurance practices by State Farm. Court said the carrier was singled out because of its size and because Consumer Watchdog had heard from repairers and consumers that the insurer was the worst actor.

“State Farm is monetizing the collision repair process. They are doing so in bad faith, utilizing unfair business practices, and knowingly placing their policyholders in financial hardship and possible physical danger,” it wrote to Burke.

“State Farm sells consumers the insurance policies intended to protect their insureds and guarantee that in case of an accident, their vehicle will be repaired with ‘like kind and quality’ as the original vehicle. They are to be made whole. However, State Farm seeks to make even more profit by completely controlling the entire repair process to the point of monetizing it. State Farm manipulates and steers their insureds away from independent collision shops; and intimidates and coerces collision repair shops into cutting corners and performing shoddy, and dangerous repairs, with inferior quality parts and procedures, to increase their bottom line. …

“State Farm intentionally delays the repair process with multiple appraiser visits and negotiations over cost reductions. If the collision repair shop tries to push back on behalf of the consumer, State Farm will inform their policyholder that it is the fault of the collision repair shop that there are so many delays and increased costs. Despite the opposite being true.”

“We have nothing to share with Repairer Driven News,” State Farm spokesman Sevag A. Sarkissian wrote in an email when asked about Consumer Watchdog’s allegations regarding the bill’s origin and the carrier’s behavior.