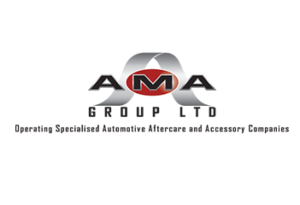 AMA Group, which became the No. 1 auto body repair chain in Australia after buying Gemini in 2015, confirmed Monday that Service King co-owner Blackstone had offered to buy the MSO.

“There is no certainty that a transaction with Blackstone or any other party will eventuate or of the nature of any such transaction,” Bakos wrote.

“AMA will continue to inform shareholders and the market in accordance with its continuous disclosure obligations.”

Executive Chairman Raymond Malone told the Sydney Morning Herald in August 2017 that he had designs on making the company an AUD $1 billion-dollar business. According to the newspaper:

“I feel like we’re just getting started,” he says. “Now it’s a question of more of the same. Of course we will never stop. We will just keep rolling up. I have $250 million of deals on my table at the moment that I’m working on.”

“We’ve been growing so fast. We are growing fairly aggressively and I can’t see it stopping. Its actually getting easier for us. It’s just now a matter of more. It’s inevitable. We think we will become a gorilla.”

As of September 2017, the company had more than 90 shops in its portfolio or under development, according to its annual report. Same-store sales were up 4.7 percent year-over year, and the panel portfolio did about $261.64 million in sales, buoyed by revenues from shops acquired in 2016 and the 2017 fiscal year. (Speaking of acquisitions, finance wonks and shop owners might be curious to read the report’s discussion of the deals AMA cut for each of its 2017 acquisitions.)

The news about Blackstone’s nearly $428.9 million offer for AMA comes a little less than a year after Bloomberg reported Blackstone and Carlyle were interested in selling Service King for as much as $2 billion.