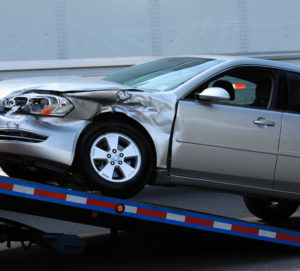 Analysis of the latest 2017 “Who Pays for What?” survey indicates declines in the percentage of shops receiving no markup on glasswork, towing and other sublet work for many or all of the nation’s Top 8 insurers, depending on the nature of the work.

The data from October 2016 and October 2017 surveys of hundreds of shops by Collision Advice and CRASH Network bodes well for repairers seeking to be compensated for their effort in procedures handled by a third party. (Take the latest anonymous quarterly survey before Feb. 1.)

The October 2017 survey, which also asked about shop supply reimbursements and aluminum labor rates, found that 5.8 percent of the few hundred respondents handled their own towing, up from 4.9 percent in 2016. Eighteen percent did their own glass work, down from 18.4 percent in 2016.

Though a sublet vendor might handle the actual glass work, towing, or “other,” a collision repairer must invest time and expense into factors like booking and managing the third party. (Don’t forget, your liability could hinge on the performance of a dealership or glass shop.) A logistical element might also be involved; for example, transporting a car to a facility for ADAS calibration or a wheel alignment. (For more discussion of the rationale for a markup, see this 2017 column by Barrett Smith of Auto Damage Experts in BodyShop Business.)

So it’s good to see that fewer shops appear to be snubbed when they ask to be reimbursed for their efforts.

Roughly a couple hundred fewer shops in each category answered the questions in 2017, but the study still drew around 350-450 from all over the country weighing in on each of the eight insurers and therefore still seems to be a pretty good sample size.

The study asked shops who bill for sublet work what percentage markup they receive from Allstate, GEICO, Farmers, Liberty Mutual, Nationwide, Progressive, State Farm and USAA. Choices between 0 percent and above 33 percent were available.

“I find a lot of people do not understand the difference between mark-up and gross profit,” Collision Advice CEO Mike Anderson wrote in the “Who Pays?” report. “If you mark something up 25%, you’re making only a 20% gross profit. If you want a 25% gross profit on something, you need to mark it up 33.3% … The estimating systems ask you to enter a markup amount; make sure you’re not confusing that with gross profit.

None of the Top 8 insurers saw higher percentages of shops reporting they paid no markup on glass work. Some of the results might not be statistically significant, but some appear relevant. The number of shops reporting Progressive paid $0 in glass markup fell from 21 percent in 2016 to just 12.7 percent in 2017, and Nationwide saw a 5.7 percentage-point decline to just 12.8 percent of shops coming up dry in 2018.

For towing, Allstate was the lone insurer to see an increase in shops reporting no markup payment, rising 2 points to 67.5 percent of shops out of luck. All of its rivals were more receptive, with Progressive and State Farm particularly notable with more than 8 percentage points fewer shops failing to receive markup.

In terms of the “other” category, State Farm and Progressive also saw big improvement in reducing the proportion of shops reporting 0 percent markup. About 19.3 percent of shops in 2016 received 0 percent markup from Progressive, and the same held true for 17.6 percent of shops dealing with State Farm. Those numbers fell to just 9.5 percent and 10.6 percent, respectively, for 2017.

However, the percentage of shops reporting Liberty Mutual paid 0 percent markup for the “other” category grew by 2.1 percentage points to 16.2 percent. That proportion failing to receive markup was the highest of all carriers in 2017, followed by Allstate, which also saw a slight 0.4-point increase to 14.50 percent in 2017.

Just because some shops are getting denied all markup by each of the Top 8 carriers certainly doesn’t mean all are. Getting that lesson across is one of the points of the “Who Pays for What?” surveys — which concretely prove that yes, all Top 8 insurers have “paid for that,” even if your local adjuster doesn’t think so.

And even in towing, all carriers except for Allstate paid 25 percent markup to more than 20 percent of responding shops. Allstate paid 21.3 percent in 2016, but only 18.2 percent of the respondents in 2017. Overall, a little more than a third of shops seem to receive something for towing, based on the data.

Help the industry by taking the current “Who Pays for What?” survey on refinish procedures here through Jan. 31. All answers are kept confidential — data is published only in the aggregate — and participants receive a copy of the report.  Collision Advance and CRASH Network encourage a shop to designate the person “most familiar with the shop’s billing practices and the payment practices of the largest national insurers” to complete the poll.

“Ask the Expert: Getting Your Mark-up on Sublet Services”

According to the October 2017 “Who Pays for What?” survey, the largest percentage of shops report receiving 0 percent markup on towing from the Top 8 insurers, with the second largest proportion reporting receiving 25 percent. (CHRISsadowski/iStock)

Analysis of the latest 2017 “Who Pays for What?” survey indicates declines in the percentage of shops failing to receive any markup on glasswork, towing and other sublet work from the nation’s Top 8 insurers. (Provided by Collision Advice and CRASH Network)