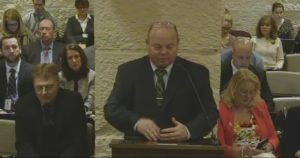 A bill banning insurers from demanding policyholders use a specific collision repairer and from unilaterally ignoring an estimating service cost cleared the Indiana Senate Tuesday 49-0.

Though the Senate Insurance and Financial Institutions Committee removed some of the restrictions on insurers from the original version of the measure before approving it 8-0 Jan. 25, the passage appears to be a win for the Indiana Auto Body Association, which testified before the committee Jan. 11. (See coverage here and here.)

Alterations weren’t entirely unexpected. Bill sponsor Majority Whip Mark Messmer, R-Jasper, told the committee he “in haste” used as a template language from Minnesota law — the “most aggressive in the country” — and planned to revise it.

The bill now goes before the Indiana House, where it has two sponsors: Reps. Matt Lehman, R-Berne, and Martin Carbaugh, R-Fort Wayne. Carbaugh is the chairman of the House Insurance Committee, which might be a good sign for the bill.

The Senate Insurance Committee cut an extensive list of things an insurer can’t do down to three. It would be an “unfair claim settlement practice” for a carrier to:

(1) Require that, as a condition of coverage under a policy of motor vehicle insurance, motor vehicle repairs must be made by a particular contractor or repair shop.

(3) Unilaterally and arbitrarily disregard a repair operation or cost identified by an estimating system the use of which has been agreed to by the insurer and the repair shop for determining the cost of the repair.

Enshrining shop choice into law and barring insurers from dragging their feet on repairs conducted at non-direct repair program facilities should level the playing field for unaffiliated shops — and provide a fairer experience to policyholders who don’t know or care about shop business models and just want their car fixed by a shop they like.

The estimating service language also appears to protect shops and consumers from being left hanging by certain unilateral and arbitrary “we don’t pay for that” whims with regards to legitimate repair procedures.

Asked if IABA was happy with the bill, Martin said Thursday, “We are to an extent, yes.”

Martin had said during the Jan. 11 committee hearing that his organization would like to see stronger language clarifying that OEM repair procedures must also be taken into account and followed. However, that OEM repair procedure acknowledgement didn’t appear in the measure passed by the Senate, which Martin on Thursday called “a little disheartening to us.”

However, the language barring insurers from “unilaterally and arbitrarily” disregarding estimating services, “we thought was really good,” Martin said Thursday.

“We’re working on an answer to that,” Martin said.

However, the bill would definitely bar an insurer from throwing out estimating service answers it didn’t like, such as arbitrarily recalculating formulas set out in writing by an information provider. Martin said a variety of types of such clear-cut artificial revisions have occurred.

Martin pointed to two scenarios that would clearly be forbidden under the bill: An insurer encountering a procedure defined by an estimating service as a refinish operation and declaring, “‘We’ll put it in body,'” and an insurer treating a procedure clearly defined as not part of a particular labor time as though it were included. 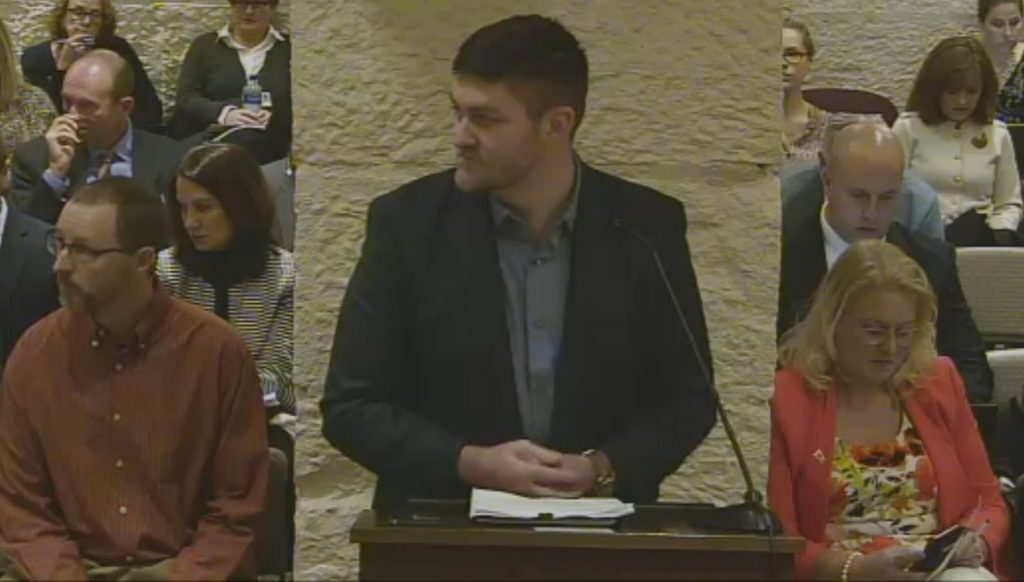 The alterations to the bill approved by the committee and full Senate are interesting, and will come as a blow to some shops and customers.

For one thing, there’s kind of a double standard tilted in favor of the insurer. The bill retains language that a shop can’t:

(1) Coerce or intimidate the insured or claimant to boycott an insurer’s drive-in claim center or similar facility.

(2) Except in an emergency, attempt to secure the insured’s or claimant’s signature authorizing the person securing the signature to act on behalf of the insured or claimant in selection of a repair shop.

(3) Engage in a boycott, intimidation, or coercive acts in connection with negotiations concerning repairs to a damaged motor vehicle for which the insurer is liable under an insurance policy.

(4) Except in an emergency, attempt to secure the insured’s or claimant’s signature authorizing the person securing the signature to act on behalf of the insured or claimant in selection of a repair shop.

The bill also removes a passage declaring that an insurer can’t specify a certain parts or materials vendor, which probably affects DRP shops contractually tied to the carrier more than unaffiliated ones. Nevertheless, it might have been good support for any shop and customer dealing with an adjuster who demands a specific lowest-cost part be used, regardless of vendor quality or distance.

Some steering also could still occur under the revised bill’s excision of a ban an insurer from forcing a policyholder to take the car to a drive-in center or other insurer-defined facility. On the other hand, the decisions by the nation’s No. 3 and No. 4 insurers Allstate and Progressive to close or change the role of such centers suggest consumer and competitor protections from the potential for drive-in center steering might soon be moot.

Finally, photo estimating and videoconferencing to handle supplements will continue to be allowed in Indiana with the removal of language requiring a “physical inspection of the motor vehicle” from a carrier disputing a repair bill with a shop.

Martin said Thursday that denying a repair to a customer’s vehicle without actually seeing the car in person, “doesn’t seem fair to the vehicle owner.”

Asked about some repairers’ accounts of having carriers suddenly start approving supplements without argument following a shift to photo estimating or video-chat supplements, Martin said it “depends on the person that you get on the other side of the phone.”

A bill reintroduced introduced this year and supported by the IABA appears to have effectively died for another session. House Bill 1189 attempted to level the playing field by specifying that third-party claimants have the same OEM parts rights for later-model vehicles as first-party customers.

The bill, which has bipartisan sponsorship, was sent to Carbaugh’s committee Jan. 9 but hasn’t seen any activity since. Sponsor state Rep. Matt Pierce, D-Bloomington, said earlier this month that bills had to be ready for the House floor by Jan. 31. As HB 1189 hadn’t received a committee hearing by that deadline, it appears to be out of luck.