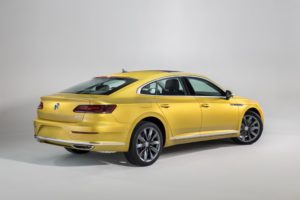 Volkswagen on Thursday revealed the higher-strength steel-intensive 2019 Arteon, describing it as the OEM’s “flagship” and the successor to what had been known as the CC.

The new Arteon, which will hit dealerships in the fall, is built using Volkswagen’s Modular Transverse Matrix (“MQB”) platform. The architecture has for the 2018 Tiguan and Atlas SUVs meant extensive ultra-high-strength steel, and the same holds true for the luxury sedan.

Gillies last year provided a diagram of the European Tiguan body-in-white based off of the MQB platform and called the MQB Atlas a similar design as well. While the Arteon is clearly a different vehicle class than the two SUVs, the information might help give repairers anticipate where these grades of steel might occur on the car. 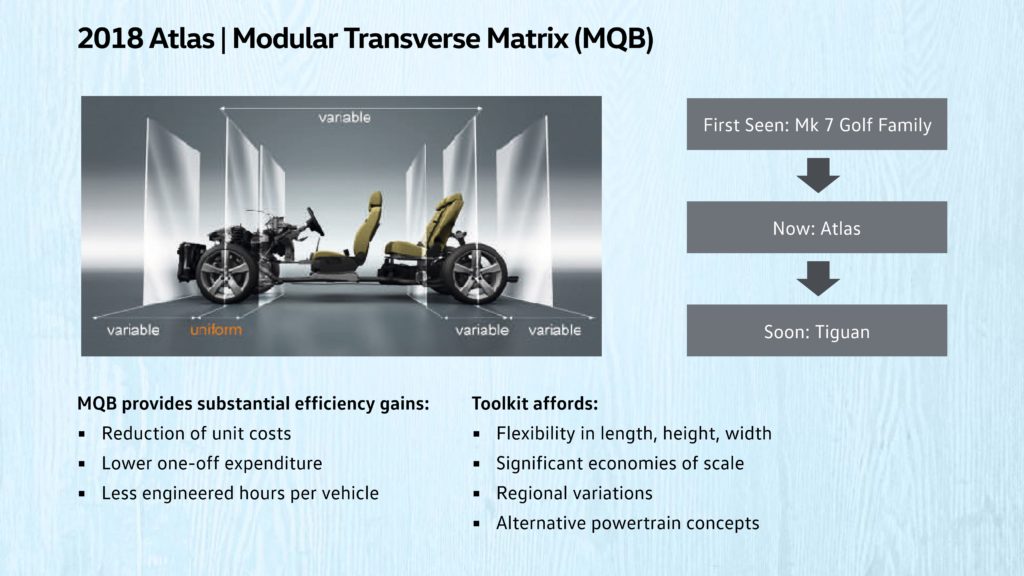 The diagram for the European Tiguan indicates that areas including the A- and B-pillars, transmission center tunnel, front floorwell (kickout panel), roof rails, inner frame rails, and rear floor crossmember are all “ultra-high-strength hot formed steel” with more than a gigapascal of tensile strength.

Delivering this combination of lightness and strength through ultra-high-strength steels comes with a tradeoff. For body shops, many if not all of these parts will be replace-only and carry very specific heat and sectioning restrictions.

Volkswagen noted that Arteon vehicle is longer and wider than the outgoing CC.

“The Arteon is based on Volkswagen’s Modular Transverse Matrix (MQB) architecture, which allows for a more cab-backward design, giving Arteon a completely different look than the outgoing CC,” Volkswagen wrote in a news release. “Arteon’s wheelbase is more than 5 inches longer than the CC—111.9 inches compared to 106.7 inches—and is paired with shorter overhangs for more dynamic proportions. Arteon is longer and wider as well, translating into more interior space.”

“The Arteon is Volkswagen’s brand shaper,” Volkswagen North America CEO Hinrich J. Woebcken said in a statement. “This car is the spiritual successor to the CC, but it is bolder and faster. Arteon has the style and performance of a luxury Gran Turismo for about the price of a fully loaded midsize sedan.”

Besides its steel design, the 2019 Arteon should be notable for collision repairers because of its standard reactive hood, which launches itself into the air two inches to minimize the impact suffered by a pedestrian struck by the car.

“Sensors in the front of the car can detect if there is an impact with another vehicle or a pedestrian,” Volkswagen spokeswoman Jessica Anderson wrote in an email. “If the sensors detect a pedestrian collision, two small pyrotechnic charges connected to hinges at the rear of the hood fire. This raises the rear of the hood by about 2 inches, helping to mitigate pedestrian injuries by preventing impact with the engine below. The system is engaged between 15 and 35 mph.”

Other elements of interest to collision repairers:

The 2019 Volkswagen Arteon is based off of Volkswagen’s Modular Transverse Matrix (MQB) platform. (Provided by Volkswagen)

The 2018 Volkswagen Atlas is an example of a vehicle using the company’s Modular Transverse Matrix (MQB) architecture which will appear in the 2019 Volkswagen Arteon. (Provided by Volkswagen)

The 2019 Volkswagen Arteon, left, is based on the Modular Transverse Matrix (“MQB”), while its predecessor the 2017 CC isn’t. (Provided by Volkswagen)