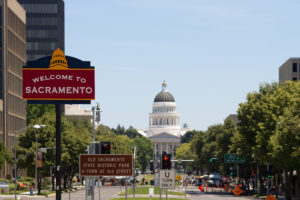 A bill allowing insurers to use large geographic areas in labor rate surveys and whatever non-survey methodology they feel “reasonably” calculates prevailing rates has been introduced in the California Legislature.

Assembly Bill 2276 is the successor to Assembly Bill 1679, which was opposed by both the California Department of Insurance and California Autobody Association. It’s identical to a proposed draft amended version of AB 1679 shared with us in January by Assemblywoman Autumn Burke, D-Inglewood, who sponsored both bills.

“A consumer’s right to select an auto body shop of their choice to repair a vehicle has never been threatened by this bill, I want the consumer to have an open conversation about the benefits of the insurance policy they pay for,” Burke said in a statement in January about AB 1679.

“With regards to the voluntary labor rate survey, my objective all along has been to keep insurance costs low, ensure certainty for businesses, establish a fair process to determine a prevailing labor rate, and guarantee that small body shops are able to compete. I understand that establishing a labor rate is just the start of a negotiation, and I want those negotiations to be fair.

“We have had countless hours of good faith negotiations on this bill with the Consumer Attorneys of California, California Autobody Association, California New Car Dealers, Alliance of Automobile Manufactures, Insurance Companies, and the appropriate policy committee consultants to ensure that we get this complex issue right.”

The California Autobody Association, which in January examined problem spots in the draft revised AB 1679, opposes AB 2276 as well.

“AB 2276 continues to allow insurers to conduct ‘alternative labor rate surveys’ that would effectively replace the new CDI regulations,” the CAA wrote in a recent email. “The bill eliminates important standards set forth in the CDI regulations that produce consistent, accurate and reliable labor rate results and instead allows insurers to skew the results in a manner that will suppress market rates.

“The CAA remains opposed to AB 2276, as introduced.  The bill may be heard as early as March in the Assembly Insurance Committee.  We request that CAA members contact their assembly member and express opposition to this measure as soon as possible. The CAA will continue meeting and working with assembly member Burke and other stakeholders to address concerns with the bill.”

From a body shop perspective, AB 2276 offers a lot of improvement over the original AB 1679. But two major red flags exist regarding geography and methodology, and the bill also seems likely to promote more disputes between repairers, insurers and customers by replacing the CDI’s suggested survey questions about aluminum, fiberglass and carbon fiber labor rates with a vague “Specialty repair rates shall be handled on an individual basis.”

We discussed all of these issues in greater depth in January when dissecting the same language in what was then the proposed amended AB 1679. Here’s a brief review of the two key concerns:

The bill allows insurers to use the precise, geocoded six-shops-plus a mile solution the CDI considers an appropriate definition of a collision repair market. But it gives them two other options: Assembly districts, or enough contiguous ZIP Codes in a Local Workforce Development area to have at least 30 shops.

The 2011 California redistricting effort sought to get as close to 465,674 people in each district as possible. Thus, some Assembly districts are huge and would create an absurdly large “market”; for example, District 1 runs from Lake Tahoe to the Oregon border. 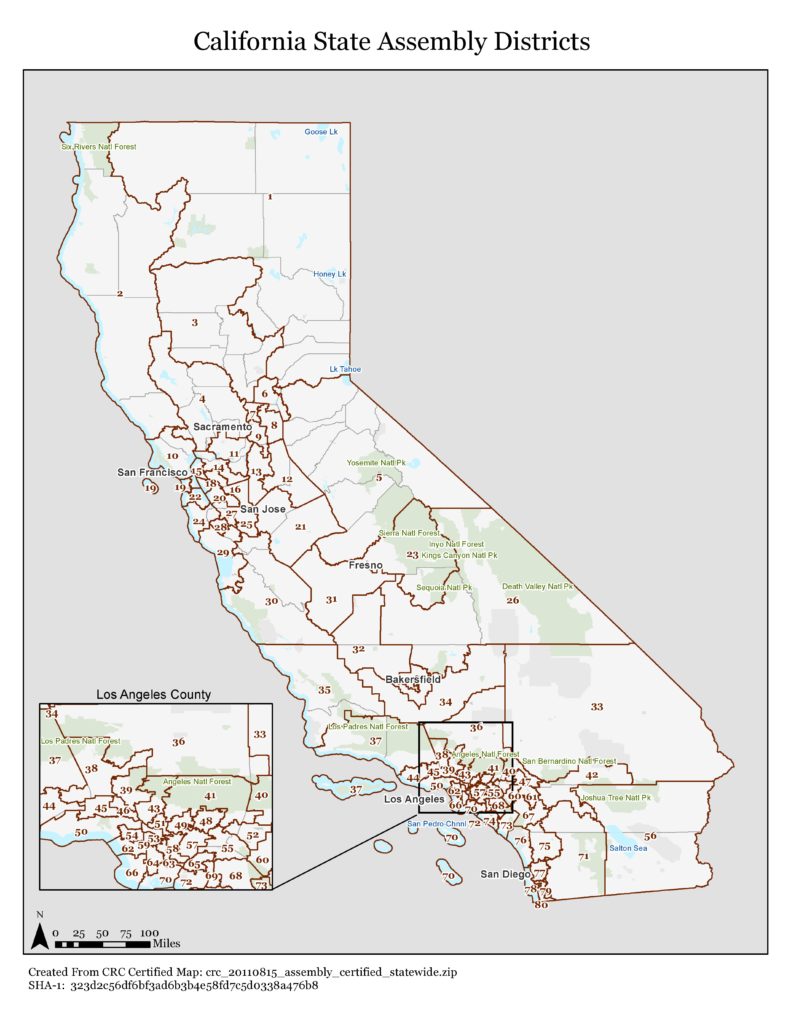 Surveying smaller districts in urban areas might also produce flawed results. The mix of incomes and costs of living in various suburbs might lead to prevailing rates being distorted upward or downward, and even a smaller district in an dense area might for practical purposes contain several “markets” organized by how long consumers are willing to spend in California gridlock.

Local workforce areas also can be quite large, and allowing carriers to use contiguous ZIP Codes within seems to open the door for gerrymandering. Plus, the minimum-30-shop rule there flies in the face of a different rule demanding carriers to use “a minimum of 30 auto body repair shops or 30 percent of shops, whichever is greater.” 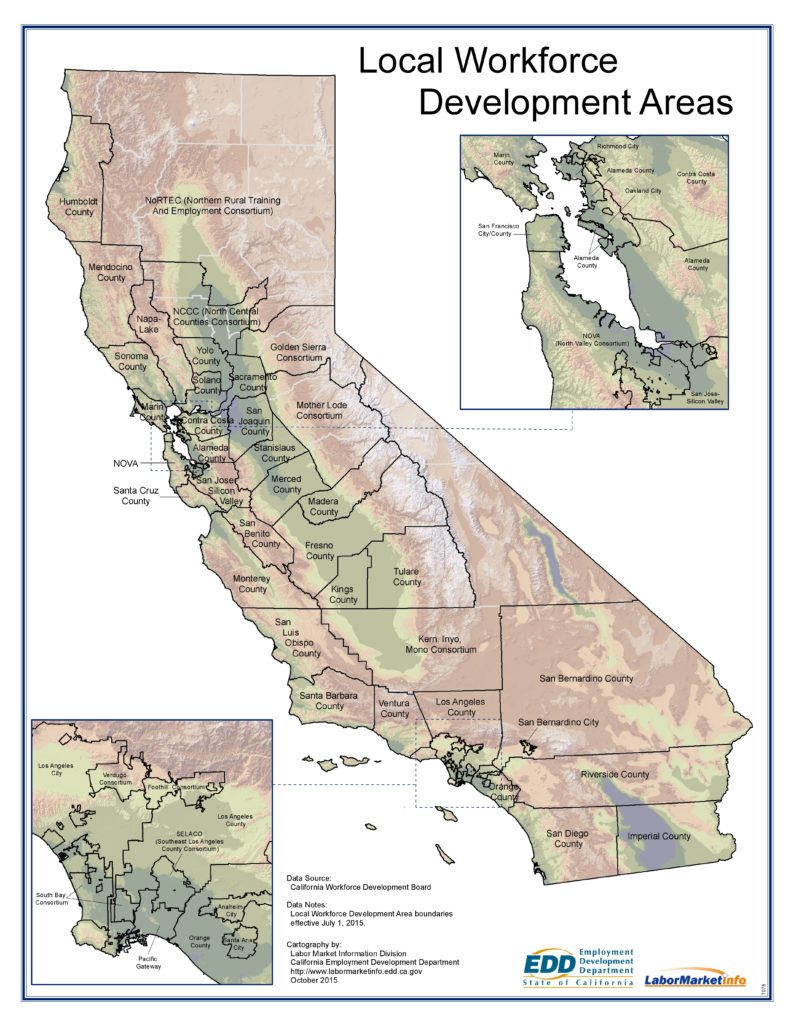 Don’t want to do a survey? OK, do whatever you want

Before setting up rules defining a specific labor rate survey format, the bill declares, “Nothing in this section precludes an insurer from determining the prevailing auto body repair labor rate using other methods that reasonably consider market conditions in a specific geographic area.”

And unlike a survey, the bill does not demand these “reasonable” other methods be disclosed to the public or California Department of Insurance. Which sounds like an insurer can use any methodology that doesn’t involve directly polling shops, and insist without showing their work that whatever that technique calculates as the prevailing rate is correct.

The reporting itself for the survey is suspect, as the bill changes the Insurance Code to remove language that the insurer must report “the names and addresses of the auto body repair shops and the total number of shops surveyed.”

Considering that the CDI cited insurer abuse of the existing survey process as the reason for its new rules in the first place (notably, GEICO without admitting wrongoing settled rate survey allegations for $200,000 in 2016), it would seem like increased transparency rather than reduced transparency is owed the state’s citizens and shops.

Currently, the various insurers determine a geographic area in several ways, including but not limited to United States Postal Service (USPS) Zip Code areas, city, counties, multiple counties, and some highly irregular and customized “markets” or “zones” which the insurer creates. The Department’s experience is that some of the geographic areas used by insurers in surveys result in artificially inaccurate, unreliable, and unreasonably low labor rates that are not representative of the market. For example, in one instance, an insurer used its insurance adjusters’ territories as the geographic areas for its labor rate survey, which may have been convenient for the insurer, but which also had no relationship to the actual market areas where shops were located. The result is a significant range in labor rates used by insurers for the same insured, claimant, or repair shop. A claimant should not be paid significantly differently depending on which insurance company is paying the claim.

Featured image: The California Capitol can be seen. (casch/iStock)