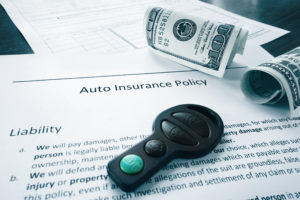 The final section of what’s becoming an annual Property Casualty Insurers Association tradition sees the trade group freaking out over a Rhode Island bill that it says would “push” consumers towards OEM parts, thereby driving up the cost of parts and overall repair costs.

Rhode Island Senate Bill 2679 and the companion House Bill 8013 only extend from 2.5 years to 4 years the amount of time a customer must provide written consent for aftermarket parts. Nothing prohibits the customer from choosing such parts.

However, aftermarket and recycled parts advocates noted other bill language that declare, “No insurance company may require any repairer to use repair specifications or procedures that are not in compliance with the recommendations of the original equipment manufacturer for those parts,” arguing that this would prohibit their wares. OEMs generally recommend only using new parts.

“PCI estimates that this could drive the cost of repair parts for by 10.8% and overall repair costs by 5.2%,” the PCIAA wrote in a new April 23 special report.

Well, that certainly sounds scary. But let’s look at what that actually means in Rhode Island.

First, the PCIAA’s own numbers in an earlier, oft-cited study estimate that if aftermarket parts were banned nationwide, premiums would rise by around $20 a year nationwide.

The new PCIAA report cites ISS/NISS/ISO Fast Track Data from 2017 to report a Rhode Island average collision and property damage liability severity. (For more on why the PCIAA’s accompanying comparison of this data point to other Northeastern states might not be methodologically sound, see here.)

The average repair bill nationally in 2017 was 39.7 percent parts cost, according to 2018 CCC “Crash Course” data. Mitchell, whom the PCIAA seems to prefer, estimated in its April Industry Trends Report that parts were about 46.32 percent of the average appraisal in the fourth quarter of 2017.

We’ll use Mitchell’s data and the Fast Track severity data out of fairness to the PCIAA to look at this 10.8 percent increase statistic.

But there’s another way we can look at the PCIAA’s data. The PCIAA points out that aftermarket parts are 23.3 percent to 29.9 percent cheaper than OEM, citing 2017 research by Mitchell. Not all OEM parts can be replaced with aftermarket parts, even if the customer is willing. Sometimes replacements just don’t exist. Some components would be unsafe were they replaced.

Aftermarket parts made up 22.01 percent of all parts dollars in 4Q 2017, or $421.06 using the PCIAA’s Mitchell/Fast Track data. If aftermarket parts are 29.9 percent cheaper than the OEM originals, that means switching to OEM costs another $179.60 a claim. Divide that by 7 years, and a rate increase of $25.66 a year causes the insurer to break even in Rhode Island. 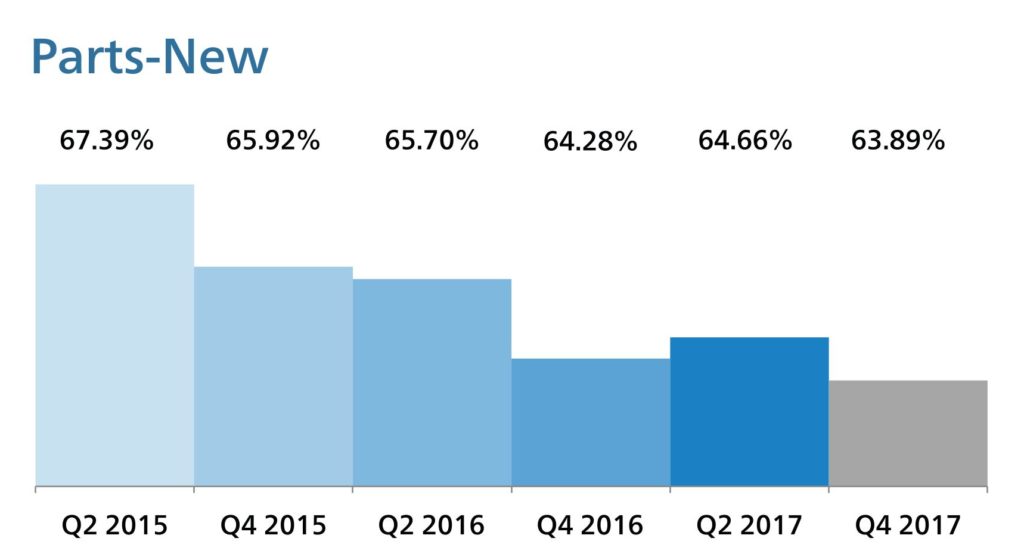 All of these calculations presume insurers would actually pass that cost on to customers — which the PCIAA itself can’t guarantee would occur.

“If this translates directly to premium increases, this would make Rhode Island’s property damage liability premiums the highest in the country, and their collision premiums the second highest,” the PCIAA report states.

First, note the “if.” Second, if a bill and collision trade group you’ve presented as a longtime premium-spiking Antichrist can’t even nudge Rhode Island up to No. 1 in collision premiums, they might not be as powerful or have the kind of correlation you claim. Third, as Rhode Island senators noted, it’s not always bad to be an outlier if you’re protecting your residents and other states aren’t. Fourth, the PCIAA assumes 49 other states’ rates would remain the same during this hypothetical time period.

And finally, there’s no guarantee insurers wouldn’t just have raised rates anyway. They’ve certainly had no problem doing so nationally in the other 49 states without ABARI’s influence — average combined premium rose from $908.43 in 2011 to $1,009.38 in 2014, according to the most recent National Association of Insurance Commissioners data.

Obviously, as the old lies, damned lies, and statistics quote holds, anyone can find or manipulate numbers to justify just about anything, and so it’ll be up to the Rhode Island Legislature to decide whose case has the most merit. But at least now there’ll be a fair helping of stats on both sides.

How much would going solely to OEM parts add to a premium? Maybe not as much as you’d expect. Also, who pays for insurance with rolled up hundreds? (zimmytws/iStock)

The proportion of parts dollars spent on new OEM parts on Mitchell collision repair estimates in the fourth quarter of 2017 is shown in this Mitchell graphic. This is a different metric than the total number of each type of part used on a repair. (Provided by Mitchell)