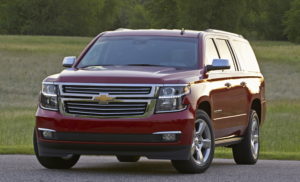 “General Motors DOES NOT APPROVE the use of aftermarket, reconditioned, or salvage Bumpers/Fascias on GM vehicles equipped with ADAS,” GM wrote. Such parts might have “different material specifications than what was designed, tested and validated for use with ADAS.” (Emphasis GM’s.)

“The fact is, the genuine, original equipment manufacturer (OEM) recycled parts that ARA members sell are the very same parts manufactured by General Motors,” ARA interim CEO Sandy Blalock said in a statement. “They are genuine GM parts, designed by GM and built to meet their requirements for fit, finish, durability, reliability and safety. For the company to effectively ban the reutilization of their own parts speaks not to a commitment to safety, but rather a commitment to forcing lower-cost alternative parts out of the market.”

Lumping such components in with reconditioned and aftermarket parts was unfair, Blalock indicated.

General Motors had not yet responded to an email request for comment late Friday afternoon. But the OEM in a 2016 position statement banning salvage parts argued that some recycled parts might actually be reconditioned ones, or affected in some other fashion.

• May have compromised crush zones due to previous()repairs

• Additional layers may be a factor in new panel installations too

• Lead to more complex repairs due to variations in how the assembly is stored, processed,and
shipped to a repair center

• May have been exposed to use and storage conditions that have never been considered by
the( )manufacturer (Minor formatting edits.)

Under General Motors’ June ADAS-fascia position statement, some of these issues would render a recycled bumper cover unsuitable. The OEM banned any repair other than “topcoat refinish,” and the “topcoat refinish material thickness of repaired ADAS Bumper Fascia systems must not exceed 13 mils in thickness.”

Recycler errors have occasionally been known to lead to a shop receiving an aftermarket part instead of the recycled OEM part ordered.

“To ensure that the recycled OEM parts they provide meet customer expectations, ARA member facilities employ multi-step quality control precautions,” the trade group wrote. “The professional automotive recycling industry has become increasingly sophisticated in methods of processing, identifying, evaluating and inventorying parts and assemblies that are harvested from total loss vehicles. For example, at the typical professional automotive recycling facility, these processes may include: taking images of the vehicle and its component parts to track vehicle part record, review of a vehicle’s build codes, assessing the extent and type of any damage, and checking the vehicle identification number (VIN).”

“General Motors Ban on Recycled Bumpers a Disservice to Consumers”

“Use of Salvage and Recycled Parts” position statement