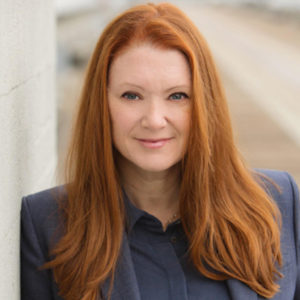 A British Columbia small claims court earlier this year ruled that a dealership who failed to disclose a faulty wheel bearing had to reimburse the customer for the cost of repairing it at a competitor.

The Canadian case raises several issues which might arise in disputes between American customers, collision repairers and insurers, and we felt it was worth showing both country’s readers for a look at how it was handled up north.

We also felt the decision by “Canada’s first online tribunal” highlighted a fascinating way for U.S. jurisdictions to handle small-claims disputes of the kind frequently encountered between insurers, customers and repairers.

But on Sept. 6, 2017, Jerome heard “a noise” and took the vehicle to his mechanic, Day-Lite Automotive, who concluded “it was ‘quite apparent’ it was a wheel bearing issue,” Lopez wrote in

“In its statement provided to the tribunal, Day-Lite says that upon closer examination it was clear that the front right wheel was badly worn and needed to be replaced,” Lopez wrote. “Day-Lite says it advised the applicant to do so as soon as possible, as driving was dangerous because the worn bearing could cause the wheel to seize and the driver to lose control of the car.”

Jerome asked the dealership to fix the car Sept. 8, 2017, but it refused “on the basis that the car passed its inspection and the bearing was a maintenance issue rather than a safety issue,” Lopez wrote. However, it offered to give him his money back for the RAV4 in the form of a store credit, but Jerome declined, saying he wanted a RAV4 and the dealership was out of them.

“I find the applicant was entitled to have the car repaired and claim reimbursement for this expense,” Lopez wrote.

Jerome had Day-Lite fix the bearing for $653.11 and sued the dealership. Maple Ridge Volkswagen argued that the amount was unreasonable, offering estimates to support a replacement part cost of $110-$152. It also provided an invoice showing the part cost $218.80, which didn’t really help its case.

However, Lopez ruled that it was reasonable that Jerome contracted Day-Lite to perform the work “given the safety issue and given the respondent refused to do the replacement. That the respondent may have been able to complete the repair for less is not determinative.” She awarded him the $653.11, $125 in tribunal fees, $12 in “dispute-related expenses” and $2.89 in prejudgement interest.

Jerome did lose one part of the case. Lopez refused to order the dealership pay him $150 — five hours at $30 an hour — for the time spent dealing with the repair.

“I find such an award would be inappropriate,” Lopez wrote. “As set out in several past tribunal decisions, generally speaking the tribunal does not make these kinds of awards. I see no reason here to deviate from that practice.”

Here’s how the process works: A plaintiff and respondent submit statements, photos and correspondence related to the issue, and the court reads in what is called a “written hearing.” (A party or the tribunal itself can request an oral hearing, but even this would be done over the phone or through videoconferencing.)

It costs $100-$150 to sue ($25 is knocked off if you do so online) and another $50 for the tribunal to hear the case — though you’ll note in this case Jerome was reimbursed the $125 in the decision. Lawyers are permitted but not necessary, and the court cautions that it doesn’t often award attorney’s fees.

The decision is emailed or faxed to all the parties involved and posted online.

This seems efficient, affordable and accessible to laymen. It’s ideal for small businesses like body shops who have access to written documentation in spades supporting their case but who can’t constantly disrupt work by appearing in court.