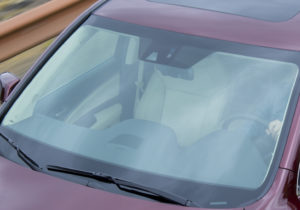 The perils of an uncalibrated device used in advanced driver assistance features and the potential fallout — whether justified or not — for a shop who lets a customer leave without the procedure are illustrated in a Friday CBC article.

The CBC (Canada’s PBS) reported that Mike Ash of the Newfoundland and Laborador province had a 2016 Acura MDX windshield replaced at a Speedy Glass. Ash told the CBC that while a Speedy Glass representative said the camera needed to be checked at his next dealership visit, “There was no real concern that you should do it right away.”

CBC reported citing Ash that a disclaimer on the Speedy Glass invoice mentioned recalibration and declared “he would not hold the company responsible for damages if it was not,” but he argued it didn’t warn of a “significant accident.”

He told CBC that following the repair, the Acura’s ADAS began to steer him “into oncoming traffic.”

Speedy Glass parent Belron (which also owns Safelite) told the CBC its shops either offer recalibration or will as standard operating procedure tell the customer the camera needs it. While they couldn’t recall the specific conversation with Ash, its technician and service manager are well-versed in the company’s rule, Belron told the CBC.

Ash filed a complaint with Transport Canada, the Canadian counterpart of the U.S. Department of Transportation, over the issue.

Transport Canada pointed out to us that the need to calibrate the system is in the owner’s manual for a 2016 MDX, not the owner’s guide (the Cliff’s Notes version) Ash mentioned to the CBC. In Ash’s defense, the owner’s guide is more than 150 pages, while the manual is 555 pages, and he told CBC the latter is on a CD and less accessible.

“Never apply a film or attach any objects to windshield, the hood, or the front grill that could obstruct the camera’s field of vision and cause the system to operate abnormally,” the manual states.

“After replacing the windshield, have a dealer recalibrate the camera. Proper calibration of the camera is necessary for the system to operate properly.

“Do not place an object on the top of the instrument panel. It may reflect onto the windshield and prevent the system from detecting lane lines properly.”

Transport Canada said it only had received two windshield-replacement-related complaints, including Ash’s.

“Transport Canada has received two reports of advanced driver assistance system performance malfunction following the replacement of the original windshield,” the agency wrote in an email. “One was related to a 2016 Mazda CX-5 and another related to a 2016 Acura MDX.

“In the two instances, the windshields were replaced with aftermarket products and were not replaced by the manufacturer dealership.

“In both cases, the owner’s manuals explain that windshield replacement can cause advanced driver assistance systems to operate abnormally, and that camera re-calibration, post-installation, is necessary. Many windshield replacement companies advertise the need for calibration on advanced driver assistance systems equipped vehicles.

“Transport Canada encourages vehicle owners to refer to their owner’s manual for information on vehicle equipment and maintenance.”

Honda this month updated its 2014 position statement regarding the dangers of using aftermarket windshields on Hondas and Acuras with ADAS technology. The company also has stressed to repairers the need for recalibration after any windshield R&R or R&I.

Insurance Institute for Highway Safety testing of windshield-mounted ADAS last year found that a misaligned Honda Civic camera led to issues with the vehicle’s autobraking and lane-departure warning systems — which an IIHS researcher said made calibration even more important as a means of compensating.

Though the issue stemmed from a mount on an aftermarket windshield, IIHS senior test coordinator Sean O’Malley said this demonstrated the need for calibration rather than a ban on aftermarket parts. “The bottom line is that it could still be calibrated to work as intended,” he wrote in an email.

The incident and CBC’s coverage offer a lot of food for thought about what a shop and owner’s responsibilities are following a collision.

How much should a repairer be required to scare the crap out of a customer regarding uncalibrated devices? Should an uncalibrated vehicle be allowed to leave the shop at all — whether out of liability fears or simply fears of bad press? Should an aftermarket windshield be used at all? Conversely, how much should a vehicle owner who’s not a collision, glass, or ADAS expert be reasonably expected to research about the expensive piece of complex machinery they’re operating on the nation’s roads?

And the big one: Will your answers to these questions stand up in a court of law or public opinion? (The CBC article had 4,500 shares Monday morning.)

Featured image: The presence of a front-facing camera behind the windshield can be seen on this 2016 Acura MDX. (Provided by Honda)