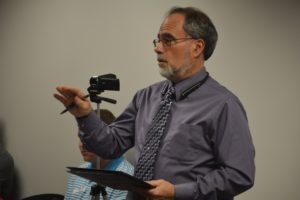 The Alliance of Automotive Service Providers of Massachusetts has asked Bay State repairers to file complaints with the Auto Damage Appraiser Licensing Board if insurer estimates include recycled parts with more damage or mileage than the original.

“Put the evidence in front of us,” ADALB member Joseph Coyne Jr. (Home & Auto Appraisal Bureau) said during a June 20 ADALB hearing, according to AASP-MA. “You shouldn’t be buying consumers damaged parts.”

AASP-MA Executive Director Evangelos “Lucky” Papageorg had asked the board for a position on how old or battered a recycled part could be to be considered acceptable. According to AASP-MA, members had received estimates including damaged or “several years older than the model-year vehicle” parts.

“As an example, Papageorg cited a situation where a chip existed in the headlight written for in an original estimate when there wasn’t a chip in the existing headlight prior to the loss,” the trade group wrote in a news release. “He argued that these practices result in longer cycle times and greater burdens on the body shop.”

“A part is of like kind and quality when it is of equal or better condition than the preaccident part,” the regulation states of remanufactured, aftermarket and recycled parts.

The Alliance of Automotive Service Providers of Massachusetts logo. (Provided by AASP-MA)

AASP-MA President Molly Brodeur said her association “understands the complexities of the complaint process” and can help repairers get the documentation together to make their case.

“Don’t delay – this matter will not resolve itself; we need members to engage to help end this problematic practice,” she said in a statement.

It’s in insurers’ financial interest as well to make sure the parts are up to snuff. The same regulation also states that an insurer has to pay the costs of a Massachusetts body shop fixing or returning any unacceptable recycled, aftermarket or remanufactured parts. (Though the carrier can try to in turn recover the money from the supplier who shipped a lemon.) According to 211 CMR 133.00:

When an insurance company specifies the use of used, rebuilt, or aftermarket parts, the source and specific part(s) must be indicated on the appraisal. If the repairer uses the source and specified part(s) indicated on the appraisal and these parts are later determined by both parties to be unfit for use in the repair, the insurance company shall be responsible for the costs of restoring the parts to usable condition. If both parties agree that a specified part is unfit and must be replaced, the insurer shall be responsible for replacement costs such as freight and handling unless the repair shop is responsible for the part(s) being unfit, or unless the insurer and repairer otherwise agree. As to such costs, nothing in 211 CMR 133.00 shall preclude an insurer from exercising any available rights of recovery against the supplier.

The regulation has a few other important considerations, including:

An appraiser can’t demand a recycled, aftermarket or reman part if the vehicle has less than 20,000 miles on it “unless the pre-accident condition warrants otherwise.” (That last “pre-accident condition” part is a little unclear, but presumably regulators are referring to cars that’ve been seriously been beat to hell in just 20,000 miles prior to the accident and not vehicles with normal wear and tear.)

An appraiser can’t write for an alternative part if “the operational safety of the vehicle might otherwise be impaired.” Given recent position statements related to alternative parts potentially affecting ADAS systems (one of which the Automotive Recyclers Association has challenged), certain bumper fascias, grilles and windshields might have to be OEM.