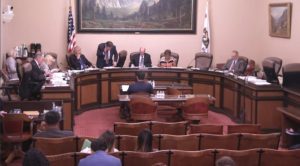 The committee voted 9-1 to advance Assembly Bill 2276 despite opposition from the California Autobody Association and caution expressed by the California Department of Insurance.

State Sen. Ben Hueso, D-San Diego, initially voted for the bill during a committee meeting Wednesday but changed it to a nay shortly after. The reason for the switch wasn’t clear.

Sponsor Assemblywoman Autumn Burke, D-Inglewood, told the committee she would accept all the suggested amendments contained in a Tuesday Senate Insurance Committee analysis.

The California New Car Dealers Association said Wednesday it had removed its opposition and was now neutral.

Perhaps the biggest change found in the bill’s planned amendments involves the stipulation that no market area can be larger than a county. The existing bill had allowed insurers to define a market as a Local Workforce Development Area, with a vague and silly (Why should state workforce development strategies be dictated by body shop markets?) promise that the legislature would change those geographies. Those workforce areas can be gigantic, spanning multiple counties. 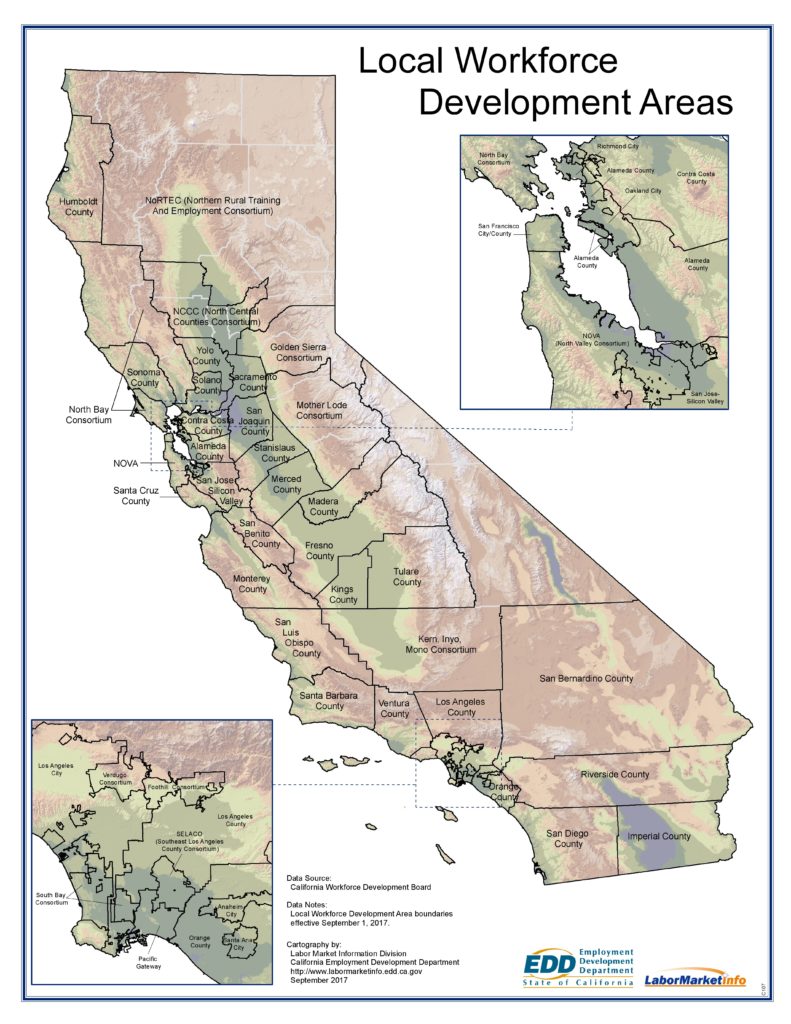 The larger the area, the more likely the survey was to “artificially” lower the prevailing rate, Molodanof said. “Insures like to keep it larger,” he said.

The California Department of Insurance’s proposed methodology involves a circle extending a mile out from the nearest surveyed six shops to the shop debating its rate with an insurer. (These six shops include the shop itself, if it took the survey.) This can be determined through geocoding, something the CDI says insurers use anyway.

A county, on the other hand, might have areas with higher and lower costs of living and rent, yet a shop in a higher-priced area might be forced to a prevailing rate deflated by the lower-priced area in the other part of the county.

“We think that’s unfair,” Molodanof said. At the same time, why should the lower end of the county “get a bump up?”

“That’s not fair either,” he said. (Of course, an insurer can just pay the shop’s posted price rather than the prevailing rate in those cases.)

If the geographic areas were fair, CAA would be more inclined to support the bill, though shops and insurers have never been able to reach agreement, Molodanof said.

“It’s sort of like a redistricting map,” he said. As soon as you start drawing lines, things get “controversial.”

Burke said market size had been a “source of contention.”

“It’s been a challenge,” she said. She said she and other lawmakers felt “we did want to lift the bottom” and hoped other amendments to the bill would “give enough certainty” that geographic areas wouldn’t be a problem.

Evidence and common sense supports the shops here. Body Shop Booster studied customers and found they will only travel 5 miles for an estimate, 15 miles in rural areas, and up to 14 miles for a repair, growing to 40 miles in rural areas. It was unclear if the amount of time stuck in a car in a more congested area would shrink these ranges. 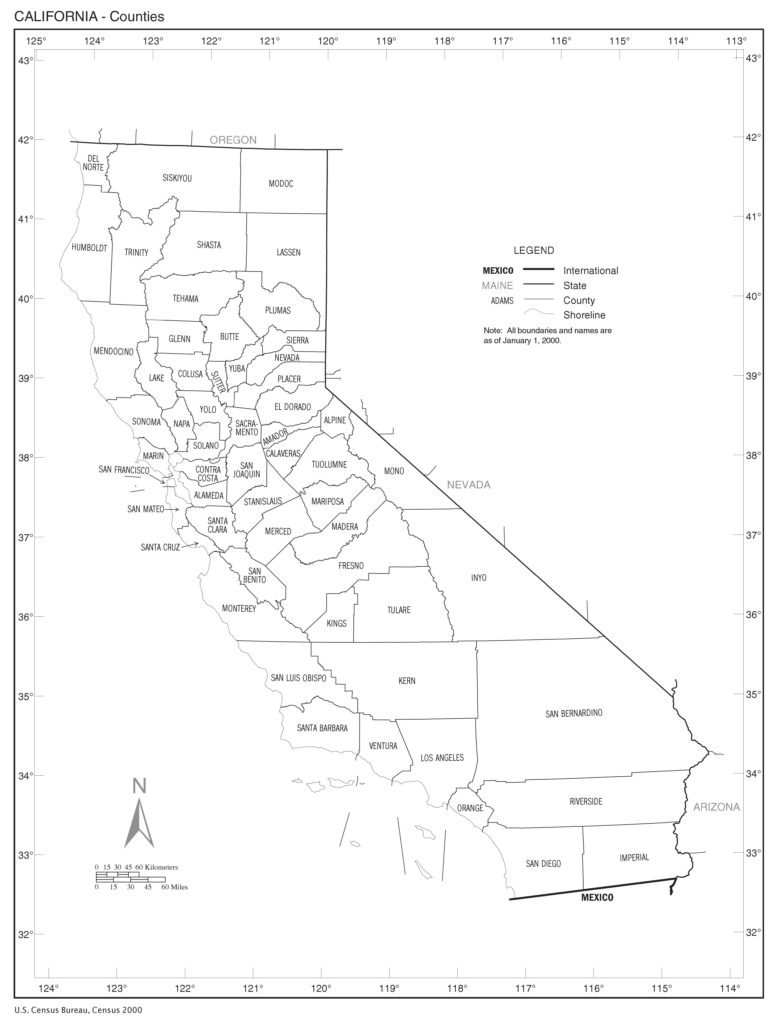 The California Department of Insurance considered the notion of counties during its rulemaking, but ultimately rejected it. Public hearings had floated using cities, counties or combined regions (enough rural counties to yield six shops) with 50 percent of shops responding. The CDI wrote in March 2016 that the idea might have worked but was too messy.

“While this alternative may have merit, stakeholders from both the repair shop and insurance industries expressed confusion as to how this alternative would operate,” the CDI wrote. “Based on the alternative, insurers were confused as to when to use a city, county or region and the 50% response rate requirement. This rule could create confusion as to how to define the geographic area based on how many shops actually respond, especially in cities with close to 5 or 50 shops. The Department also believes this is not the most cost-effective solution as it introduces the cost of GIS software, but does not recommend it uniformly or across all geographic sizes. The Department believes that using GIS software to create one rule and apply it to every geographic area is more fair and equitable.”

However, it also seemed to agree with the CAA’s position that counties were too large in a response to a public comment from Monte Etherton of Fender Mender.

“As you are well aware, some of these companies are using rates from 3, 4, and 5 years ago, or using geographic areas the size of San Diego County,” Etherton wrote. “They simply cheat because they can.”

“Thank you,” the CDI wrote. “The issues presented by the commenter is one of the reasons why the proposed regulations are being promulgated and is attempting to address.”

According to the CDI, insurers had been abusing the existing labor rate system, which necessitated the regulations. Not surprisingly, insurers didn’t like to be cracked down upon, and went crying to the Legislature. For the Legislature to ignore this alleged past behavior and fret about finding a balance between shops and insurers is like trying to crack down on vandalism by passing an bill that has property owners meet vandals halfway. And let’s not forget that despite the insurer freakout, auto body labor rates have barely increased in California since the regulations took effect in early 2017, based on Mitchell data. 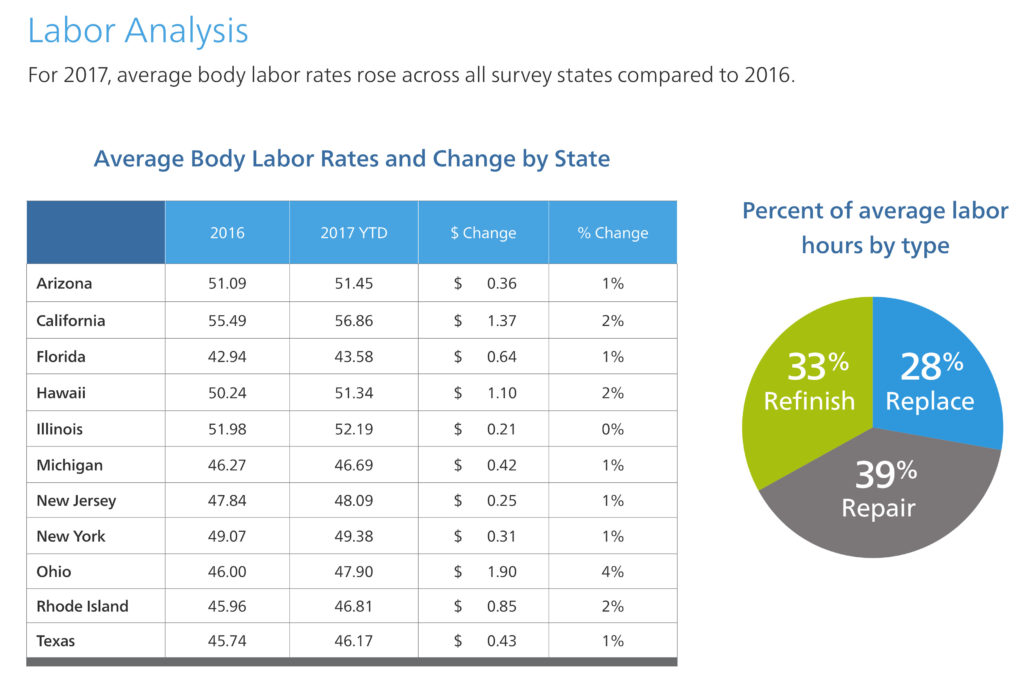 “Currently, the various insurers determine a geographic area in several ways, including but not limited to United States Postal Service (USPS) Zip Code areas, city, counties, multiple counties, and some highly irregular and customized ‘markets’ or ‘zones’ which the insurer creates,” the CDI wrote in March 2016. (Emphasis added.) “The Department’s experience is that some of the geographic areas used by insurers in surveys result in artificially inaccurate, unreliable, and unreasonably low labor rates that are not representative of the market. For example, in one instance, an insurer used its insurance adjusters’ territories as the geographic areas for its labor rate survey, which may have been convenient for the insurer, but which also had no relationship to the actual market areas where shops were located. The result is a significant range in labor rates used by insurers for the same insured, claimant, or repair shop. A claimant should not be paid significantly differently depending on which insurance company is paying the claim. In order to achieve greater consistency and reliability in the Standardized Labor Rate Survey, the Department finds it necessary to define geographic area.”

CDI legislative director and Deputy Commissioner Robert Herrell said Wednesday his agency, which opposed the predecessor AB 1679 bill last year, did not have a position on AB 2276. However, “we are very cautious” and had “outstanding concerns,” he said.

He said the CDI took up labor rate surveys because some insurers he wouldn’t mention were conducting surveys “nowhere near appropriate or standard.”

The new survey proposed by the CDI provides a safe harbor for insurers who choose to use it — but they’re not required to do so or even conduct labor rate surveys at all, he noted.

“Some are doing that (the survey), others are not, and don’t want to,” Herrell said.

In a nod to the shops’ concerns, the bill does now elaborate as to its definition of “market conditions” for insurers conducting surveys. It now states, “the insurer shall reasonably consider market conditions in a specific geographic area. For purposes of this section, ‘market conditions’ means various local economic factors including, but not limited to, labor costs, rent, land prices, and local laws and regulations.”

The bill still omits survey questions regarding carbon fiber, fiberglass and aluminum rates — in contrast to the existing CDI regulations’ proposed survey, which has all three.

On the other hand, “may” relieves the insurer of any obligation to negotiate speciality rates, while “shall” sort of implies some action must be taken. If anything, the bill should read “Specialty repair rates shall be negotiated on an individual basis by considering evidence of regularly charged rates, degree of specialty, training, equipment, local market, and other relevant factors.”

Better still would be just sticking the rates in the survey and cut out any subjectivity or wiggle room to pretend such metals are fixed like steel or don’t require an investment in training and equipment. Just ask the shop their rates for materials which are only going to grow on vehicles over the next couple of decades and be done with it. Hard data. And as shops amortize their investments, some will may reduce their posted specialty rates anyway as a competitive measure.

The amended bill also seems like it tightens language giving carriers carte blanche to determine labor rates through whatever way they wish. It now states:

(b) This section shall not preclude an insurer from determining the prevailing auto body repair labor rate in a specified geographic area using methods other than the auto body repair labor rate survey methodology authorized by Section 758.1, or other than the methodology in Section 2695.81 of Title 10 of the California Code of Regulations, that effectuates settlement offers that are fair and equitable and that are consistent with an insurer’s contractual obligations to its policyholders.

(c) The department may examine or investigate whether or not the prevailing auto body repair labor rates, as determined by an auto body repair labor rate survey conducted pursuant to Section 758.1, or by other methods permitted by subdivision (b) of this section effectuate good faith and prompt, fair and equitable settlement offers and that are consistent with an insurer’s contractual obligations to its policyholders. 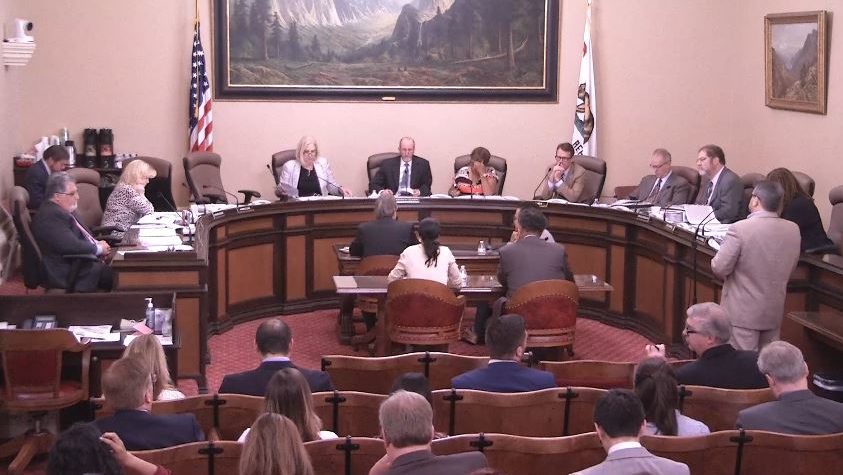 Though this section lacks the reference to market conditions found in the other section, the emphasis on “fair and equitable” for the alternative methods is a huge improvement over the other version, which gave insurers far too much leeway.

The amended version also removes the “rebuttable presumption” of good faith granted insurers who use the survey format, a sticking point for the CAA. However, Insurance Committee staff also suggested adding “a clarification if needed that the survey method in new Section 758.1 and the CDI regulations have equal status as valid methods,” which seems to resurrect it.

Finally, the bill grants a body shop the right to know if their survey response has been discarded because of evidence of a different posted labor rate.

“This section shall not be construed to require an insurer to include in the calculation of the prevailing auto body repair labor rate a survey response that exceeds the posted labor rate for the work performed, provided the insurer has evidence on file showing the auto body shop posted labor rate.” An insurer may request additional reasonable information to substantiate responses received from the survey. The insurer shall notify the auto body repair shop when any response is not included in the calculation, including an explanation for the exclusion.”

It’s unclear if the bill will go to another committee or the full Senate. The Assembly sent it through two committees.

“We are prepared to continue to work on this,” Burke said Wednesday. “… We’ve made great progress.”

California’s counties as of January 2000. (Provided by Census Bureau)

The average California auto body labor rate rose from $55.49 to $56.86 in 2017, according to the first-quarter Mitchell report. That’s a 2.4 percent increase, barely more than the 2.1 percent national inflation rate and less than the California inflation rate of 2.9 percent. (Provided by MItchell)