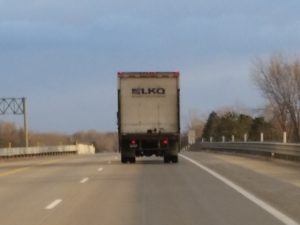 LKQ last week reported it made progress in restoring its North American margins by having its sales team ensure they weren’t granting too large of a discount to repairers who didn’t merit it.

LKQ’s second-quarter $575 million North American gross margin was 43.1 percent of revenue, which represented a 0.8 percentage-point decline over the prior year. The company’s North America parts and services business typically yields the highest gross margins and earnings before interest, taxes, depreciation and amortization compared to other regions, according to LKQ.

Chief Financial Officer Varun Laroyia on a June 26 earnings call attributed the North American decline primarily to the company’s mix of sales, as it posted strong revenue growth in lower-margin areas and a softening in the salvage market. (Special thanks to Seeking Alpha, whose transcript of the earnings call helped us research and confirm quotes.)

However, its second-quarter base aftermarket business was comparable to the prior year’s margin and had actually increased 0.3 percentage points from the first quarter, according to Laroyia.

“The North America management team has made a good start towards addressing cost pressures by adjusting net prices in aftermarket to boost margin, without sacrificing revenue growth,” Laroyia said. LKQ was “optimistic” it could maintain pricing levels, he said.

CEO Nick Zarcone explained that the company’s margin effort in the second quarter and in the second half of the year didn’t involve raising list prices per se. Instead, LKQ planned to ensure the level of discount granted shops was “actually earned,” he said.

“It gets you to the same spot,” Zarcone said.

Large customers who bought large volumes of LKQ parts consistently for longer deserved a better discount than smaller buyers, he said. LKQ wants the sales team to be “incredibly rigorous” in giving out discounts.

“That’s where we’ve made some progress here in Q2,” he said. The discount focus would continue through the back half of the year, according to Zarcone. The focus on discounts rather than retail price ought to please insurers and vehicle owners seeking parts, but some body shops and mechanics might see their own margins decline.

Zarcone called pricing parts lower than new OEM components a “tightrope” and told an analyst “we are very careful.”

The company sought to continue taking market share and broadening its base, he said.

“We don’t want to turn off the revenue growth by being too aggressive on the price front,” he said.

Zarcone said LKQ North America had made “solid progress” with this and other margin “recovery efforts,” which also included adding more stops and orders on trucks with the company’s Roadnet management system and reducing fleet maintenance.

“Overall, we had an excellent second quarter,” Zarcone said. The company reached $3.031 billion in revenue, the first time it cracked the $3 billion threshold in a quarter. Organic parts and services revenue growth globally grew at a “robust 7.2 percent,” and organic parts and services growth in North America rose 7.4 percent, ahead of expectations.

This was particularly impressive as CCC data found second-quarter collision and liability claims “essentially flat” from the prior year and “down sequentially” from the first quarter. Federal data found that miles driven only increased 0.8 percent in May.

Aftermarket parts organic growth was fueled by repairers continuing to “focus on improving cycle times given the increased volume of work they were processing,” Zarcone said.

He said North American demand, particularly in the collision business, “has been very strong,” and the company saw “excellent growth” in the second quarter.