Some interesting international collision repair tidbits caught our eye over the past few months, and we thought readers would be interested.

Shops in the U.S. have winter, hail and deer season; your colleagues abroad have Ramadan.

A June piece in the United Arab Emirates news site National offers an interesting look at how the Islamic holy month leads to an uptick in crashes — and a boost in business for the Middle Eastern country’s body shops.

Ramadan runs from new moon to new moon and requires Muslims to eschew food and drink from dawn to dusk and say additional prayers at night. The latter can lead to businesses changing their work hours to accommodate the faithful.

The National reported that the deprivation and odd hours makes Ramadan typically one of the deadliest times on the roads.

“It has a psychological effect on people and it changes peoples’ driving behaviour,” Emirates Insurance Secretary General Fareed Lutfi told the newspaper. “It’s hunger and thirst. There are traffic jams all over the place. [Crashes] increase because everybody is bumper to bumper.”

Customers also use the reduced work hours during Ramadan to seek repairs they’d been putting off.

It’d be interesting to see if any shops near a concentrated Muslim community in the U.S., such as Washington, D.C., have noticed a similar boost. Ramadan in 2018 ran from mid-May to Mid-June.

Read more about life in the UAE aftermarket during Ramadan here.

A man has sued Kenya’s Attorney-General, Insurance Regulatory Authority and Kenya Motor Repairer Association over the practice of insurers selecting parts for policyholders’ collision repair, according to a July 1 report from the Nairobi-based Daily Nation.

According to the Daily Nation, petitioner Allen Gikendi mentioned in the lawsuit that the 2012 Consumer Protection Act demands a body shop warranty all new and used parts for the sooner of 5,000 kilometers (3,107 miles) or 90 days. A repairer couldn’t provide such a promise unless it used OEM parts, he said, according to the Nation.

It appears from the article that Gikendi’s petition regarding “substandard parts” refers to recycled parts, and possibly also remanufactured ones.

“Given the lack of expertise in determining suitability and quality of a body part on a motor vehicle, the insurer can only guarantee suitability of such body parts by sourcing for original genuine parts from the manufacturers or from their authorised dealer and not from second-hand shops and or sourcing for used parts,” Gikendi wrote, according to the Daily Nation. “The quality and suitability of second hand parts in auto repair can only be determined and guaranteed by the repairer, given their expertise.”

Experts in the U.S. have warned auto body shops here they’re liable as the repair professional for using substandard parts — even if the customer wants those used. According to the Daily Nation’s story, Gikendi raised a similar point about the qualifications of non-repairers like insurers and customers to assess part quality.

Though courts already seem to have conferred that liability upon shops here anyway, one wonders if spelling it out in a formal law like Kenya has apparently done would clean up sloppy part choice behavior in the U.S. However, Kenya’s 90 days for practical purposes seems too small to be a deterrent and unfair to customers whose parts fail or rust out on Day 91 — even though Gikendi rightfully points out that liability is liability and a shop shouldn’t risk it at all.

Faced with four- to six-week backlogs at auto body shops, New Zealand No. 1 insurer IAG will pay body repairers an average of 5.3 percent more and painters 3.1 percent more, the Herald reported May 24.

A July article in the Otago Daily Times discusses six-week to two-month delays in the Southern New Zealand region.

It was the first time in three years IAG had increased what it paid shops, according to the newspaper. IAG also would kick in a special $2 NZD ($1.32) an hour extra for shops in Auckland and Queenstown and increase its direct repair program network to 304 shops, the Herald reported.

CCC, whose estimate data set contains both door and discounted DRP rates, reported the average 2017 U.S. auto body labor rate was $48.85 and average paint labor rate was $48.67. A hypothetical 5.3 percent body labor bump would translate to $51.44 an hour, and a 3.1 percent paint labor increase would see shops charging 50.18 an hour. In case you’re interested or the Herald confused paint materials with paint labor, the average paint materials rate of $29.09 in the U.S. would work out to $30 with a 3.1 percent increase. 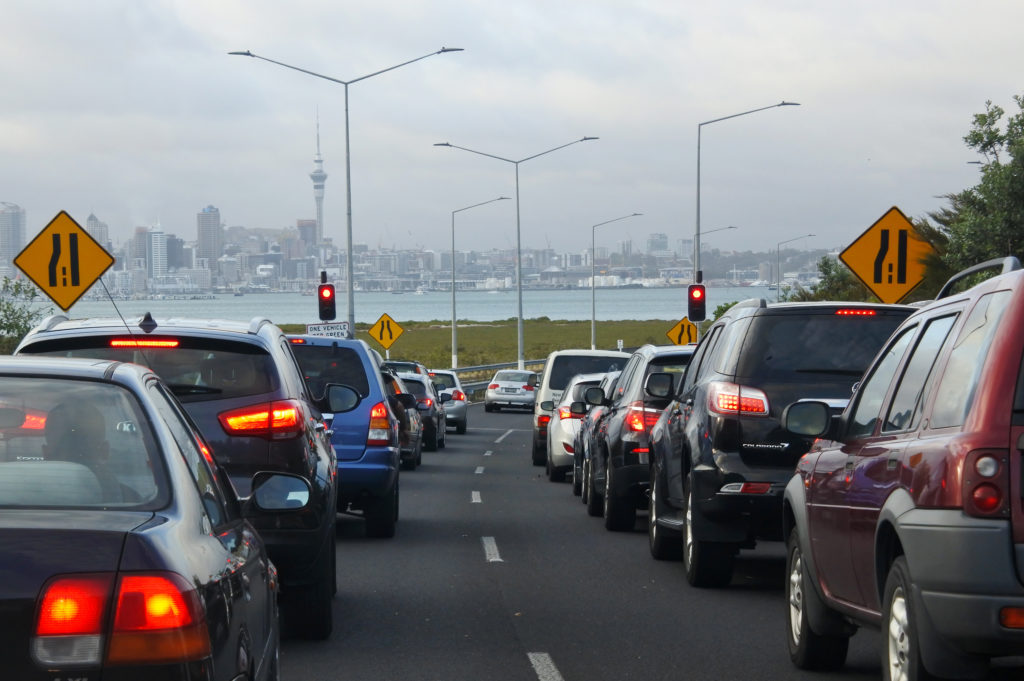 Collision repairers are short on staff everywhere and faced with an additional supply-and-demand issue because of the high cost of housing in Auckland and Queenstown, according to the Herald.

The insurer wouldn’t immediately raise premiums because of the shop reimbursement increase, but it would consider the idea during its premium review, IAG told the Herald.

“Business in Ramadan: RAK’s auto-repair shops in overdrive during deadly time of year for motorist”

“Insurer to pay panel beaters more in Auckland and Queenstown”

A crescent moon appears over Sultanahmet Mosque during Ramadan in Turkey. (Muhur/iStock)