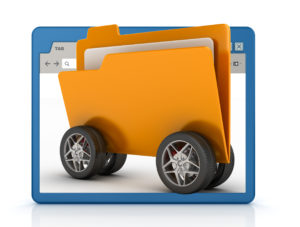 NuGen IT employee owner and business development executive Pete Tagliapietra estimates that despite the industry emphasis of OEM repair procedures since at least 2011, many shops still fail to use them.

“It’s so apparent to us,” Tagliapietra said.

Even the shops who do follow OEM guidelines might not be preserving a record of having done so, Tagliapietra said.

A shop who doesn’t access and retain the procedures they used to fix the vehicle along with the repair order, estimate and images of the work, is engaging in a “going out of business strategy,” he said.

Tagliapietra and NuGen IT’s Wil Peck plan to address both issues at “The Imperative of Accessing and Retaining OEM Repair Information on every Structurally Repaired Vehicle,” 3-5 p.m. on Tuesday, Oct. 30, during the Society of Collision Repair Specialists’ Repairer Driven Education series at SEMA.

Asked why the course stressed OEM repair procedures for structural repairs versus all repairs (Tagliapietra himself noted how even a headlight replacement could require calibration), Tagliapietra said he was “trying to get it to resonate.”

“That would be a quantum leap forward,” he said.

Once an audience had been attracted, they could be told, “‘This is a wake-up call for you,'” according to Tagliapietra.

A 2017 “Who Pays for What?” survey by Collision Advice and CRASH Network found the percentage of responding shops who looked up OEM repair procedures “most of the time” or always grew to 48.8 percent. That’s up from 48.2 percent in 2016 and much better than the 42.7 percent in 2015.

But that’s still the majority of the 494 respondents who weren’t consistently doing it.

Shops persist with what Tagliapietra calls “genetically impaired excuses” for avoiding the wealth of information available, such as “‘I have I-CAR information'” — which is funny, as I-CAR directs shops to follow OEM procedures — or that the refusenik has been working in the industry a long time.

Tagliapietra even recounted a scenario in which the body shop had licensed ALLDATA “‘but I don’t use it.’ … ‘I just don’t have time for it.'”

Perhaps there’d be more time after the shop owner was “run out of business,” Tagliapietra said Tuesday.

Tagliapietra said that contrary to reports by some technicians of desiring to use OEM procedures and being told not to do so by an owner, that hasn’t been the case for the wider industry. The typical technician won’t pull that information themselves.

Failing to retain the information can be just as costly from a litigation perspective, for the shop would have no physical proof it did the job correctly (assuming the vehicle is too mangled), he said. He encouraged shops to do their research and find out a means of storing their repair procedure documentation.

More efficient ways of collating, organizing and storing that information exist on the market. But there’s always the DIY option as well: Dump all your files on cloud storage and organize it yourself.

Google, for example, will sell you 2 TB (2,000 GB) a month of cloud storage for about $120 a year. For context, the Repairer Driven News image database has more than 30,000 largely high-res images, and it only weighs in around 145 GB. PDFs like an estimate or other documentation are much smaller,

Tagliapietra said shops needed to be educated that there was a “paradigm shift” in collision repair. Because of vehicle technology, a shop had to keep “both eyes above suspicion,” he said.

There’s also too much information available for others to see what you should be doing, according to Tagliapietra.

“You can’t keep that repair process quiet anymore,” he said.

Attend Tagliapietra and other speakers’ sessions by taking advantage of early registration for the Repairer Driven Education series and OEM Collision Repair Technology Summit at SEMA.

Not enough shops are consulting repair procedures, and fewer might be preserving a record that they did use them, according to NuGen IT employee owner and business development executive Pete Tagliapietra. (porcorex/iStock)

Though usage has again ticked up since the prior year, the number of shops reporting consistently consulting OEM procedures still remains far lower than where it ought to be, a 2017 “Who Pays for What?” survey found. (Provided by Collision Advice and CRASH Network)