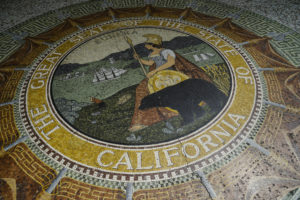 Insurers who refuse to pay more for a part than the price offered by their preferred vendor are undercutting shop choice and committing an unlawful practice, the California Department of Insurance said Monday.

Unless the shop is charging something “‘unreasonable,'” refusing to pay a customer’s preferred shop more than the insurer’s preferred shop or vendor would charge is effectively steering the customer to another shop, Schnoll agreed. That violates the Insurance Code, he wrote.

“Limiting or discounting the reasonable repair costs based on the charges that would have been incurred had the vehicle been repaired by the insurer’s chosen repair shop is a violation of Insurance Code section §758.5(b) (3) and would constitute a violation of the Unfair Insurance Practices Act. Cal. Ins. Code §758.5(f),” Schnoll wrote. “That is, if an insurer limits or discounts the reasonable repair costs based upon the replacement part prices available from a certain parts vendors, the insurer would effectively prevent a customer from using the automobile repair shop of his or her choice in violation of Insurance Code section 758.5(b)(3). An insurer would, however, be permitted to reasonably adjust a collision repair shop’s written parts price estimate for any part, including new OEM crash parts, if the insurer demonstrates that the price charged by the repair shop for the replacement part is ‘unreasonable.'” (Minor formatting edit.)

Schnoll declined to offer an opinion on the CAA’s view that another parts-related practice violated the federal Robinson-Patman Act on price discrimination, declaring an interpretation “beyond the jurisdiction and expertise of the Department.”

The CAA had told the CDI that “certain auto body repair shops charge a lower price on parts to different consumers based solely on the arrangement the consumer’s insurer may have with certain parts providers,” according to Schnoll’s summary of the association’s comments.