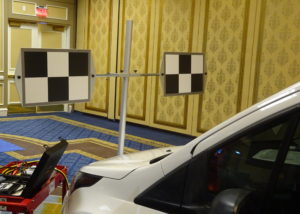 As CIC is made up of stakeholders from all over the collision repair ecosystem, only about 47 of the 104 people who responded represented themselves as repairers. The study is by no means scientific.

But the result was an interesting anecdotal perspective into an automotive trend poised to affect the collision repair industry — if it isn’t starting to do so already.

Of the repairer population, 17 percent reported seeing between 5-10 vehicles requiring calibration every week.

He said in an interview afterwards that his shop sees more like one vehicle a week needing calibration. (It’s unclear if he meant across all 14 locations or a single facility.) 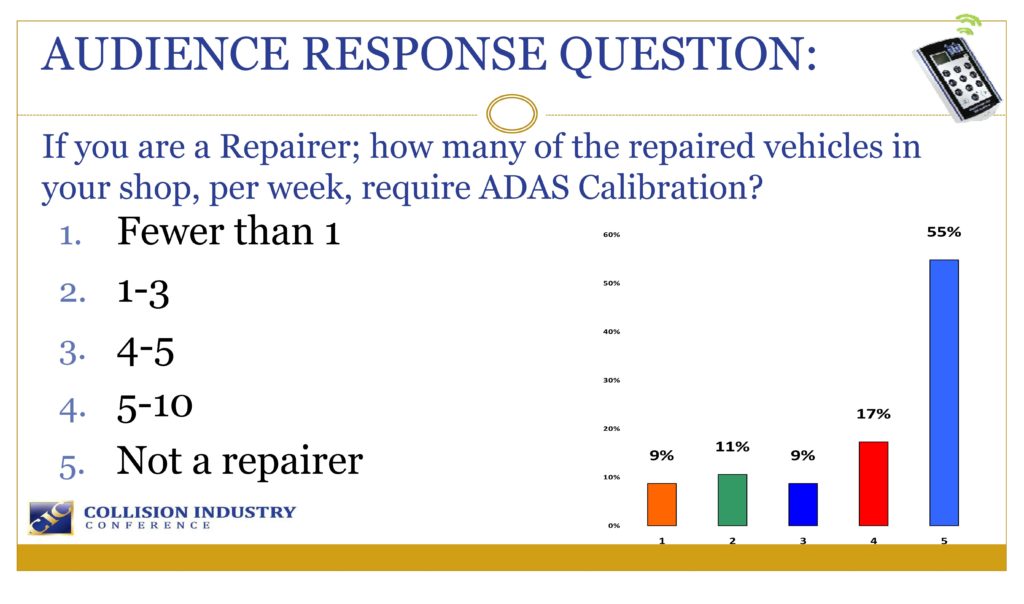 Lopez told the CIC he didn’t know if the industry was prepared for that volume, given that there weren’t many third-party calibration options on the market. A shop could buy OEM tools, but it would be “very, very expensive,” he said.

Another MSO executive, LaMettry’s Collision operations president Darrell Amberson, suggested that cars requiring calibrations were quite prevalent at his company as well.

In response to a question about how autonomy would impact collision repair long-term, Amberson said that so far, “we’re not really seeing” evidence supporting prediction that vehicle technology would reduce collisions. He said LaMettry’s still sees many vehicles with safety equipment appear, and he wondered if vehicle tech like ADAS would be effective in the near future, musing that perhaps drivers are overdependent.

He said indicators on some current-model year vehicles show one or two calibrations necessary after every collision. He called the implications of the technology “staggering” and poised to change the industry significantly.

Amberson also noted that ADAS controls semi-autonomous features and obvserved that as an industry, collision repair is “woefully behind” at understanding the concept.

He also noted a trend of insurers approving calibration charges without issue but continuing to fight what should be the “old topic” of pre- and post-repair diagnostic scans.

At times, his shop still has to eat the costs of scans. “We’re doing it (scanning) anyway,” Amberson said. 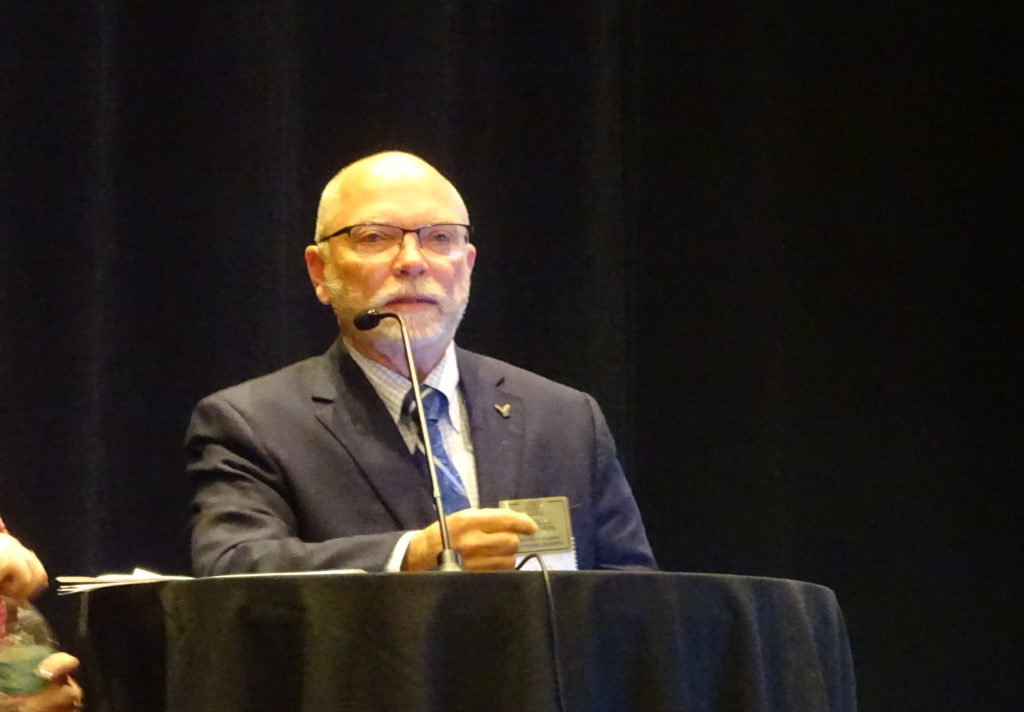 Amberson did say that he felt for insurers, whose severity was taking “big jumps.”

Amberson’s shops has developed a hybrid collision-mechanical role to handle calibration in-house, and that work certainly presents an opportunity for other repairers.

Later that week, four OEMs said no when asked if the nature of dealership mechanical business would prevent certified independent collision repairers from handling ADAS.

None of them require certified shops to perform calibrations, however, and Volvo and Mercedes suggested that a decision to get into that work rather than sublet was a business decision each shop could make.

General Motors’s John Eck mentioned Thursday that the GDS scan tool required of certified shops was the technology used in calibrations as well, and the company expected shops to be able to perform a complete repair. However, calibration equipment isn’t a requirement of the GM program, based on the Oct. 21 equipment list.

Eck said earlier this year that while GM wants shops to be calibrating vehicles and most of its ADAS is reset in a “learn by drive” fashion, some systems may require infrastructure like targets. However, he said then the OEM wasn’t specifying at that time that repairers had to perform all calibration in-house — it would still be possible to sublet the work to a General Motors dealership. GM just wanted vehicles returned to customers roadworthy and with everything completed. 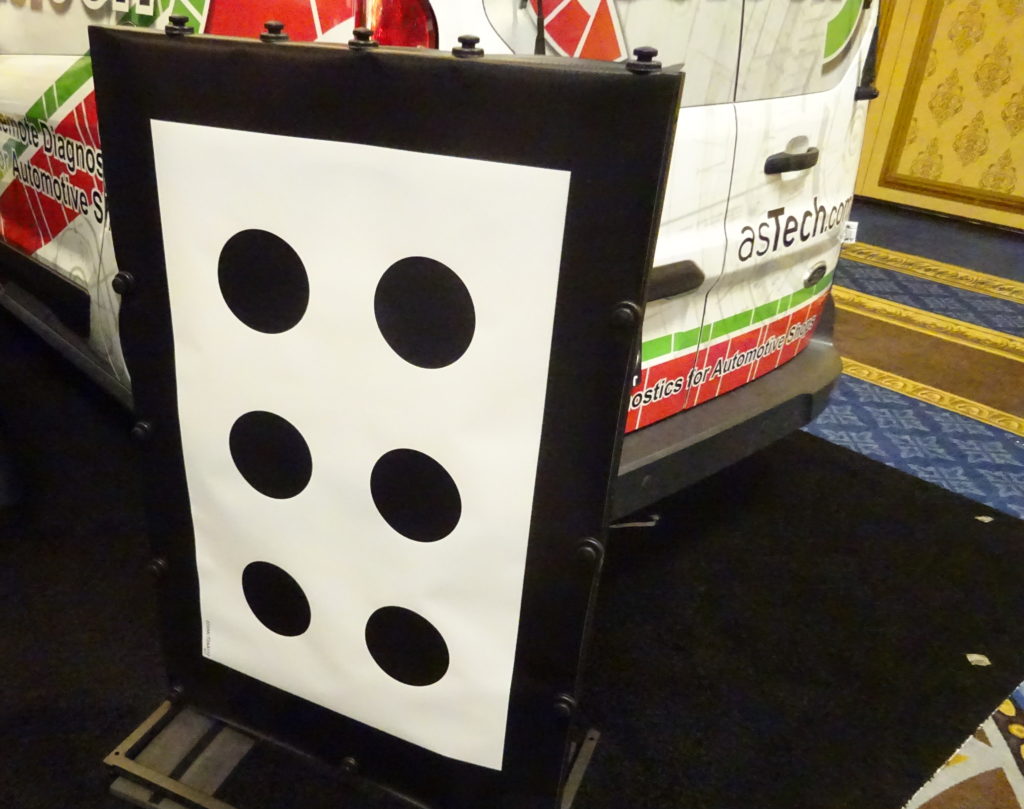 At an earlier OEM Summit session Thursday, Audi’s Shawn Hart said some shops want to handle calibration in-house, and whether that would pay off depended on how many vehicles existed in their market. He suggested “your best bet” was to have a dealership handle it.

Whether the shop pursues calibration in-house or outsources it, they’d be wise to take to heart some advice from Database Enhancement Gateway Administrator Danny Gredinberg, who moderated Hart’s panel.

Gredinberg said shops need to educate their customer that a repair demanding calibration could require extra repair time — for some of the requirements can take 8-10 hours.

It’s possible the calibration can cost more than the actual collision repair, he said.

An informal poll of the Collision Industry Conference audience Oct. 30 revealed many repairers reporting weekly tallies of between one to 10 vehicles requiring advanced driver assistance systems calibrations. As CIC is made up of stakeholders from all over the collision repair ecosystem, only about 47 of the 104 people who responded represented themselves as repairers. The study is by no means scientific, but the results are still interesting anecdotally. (Provided by Collision Industry Conference)