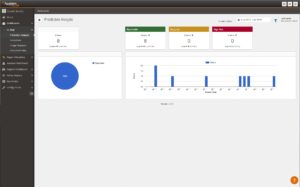 Audatex on Wednesday said its AudaTarget software could predict total losses based upon responses to a set of questions at the time a claim was filed.

AudaTarget’s artificial intelligence uses two years of data from an insurer to “help them determine if a vehicle involved in an accident is repairable or not, and if so, which shop is the best choice to make the repair, all based on historical data,” Audatex wrote in a news release Oct. 30.

Rival CCC has discussed using either telematics (such as the change in velocity of a car during a collision) or photos to predict whether a vehicle will be a total loss. Audatex North America regional managing director Ramon Suarez said Wednesday that Audatex offers both telematics and photo estimating capabilities, but AudaTarget relies upon historic and live answers to five or six questions from the first notice of loss interaction to make its predictions.

Suarez said this can save in terms of rerouting and inefficiency, citing the example of a car sitting for 2-3 weeks in a shop before the insurer decides to total it, calling it the “worst business for a shop.”

The idea is to be efficient and “decide fast.”

AudaTarget’s total loss capability was contained in an API that could be embedded into a call center or other application, according to Suarez.

AudaTarget also benchmarks likely severity for a particular vehicle and compares it to shops in an insurer’s direct repair program. Suarez said the index values aren’t just model-specific, they’re even options- and damage-specific. He said the system examines the technical attributes of the repair, such as how many parts are likely to be replaced and the overall severity.

By predicting the damage and contrasting it with Audatex’s Audasource database of total loss values — which grows by “three million new and updated vehicle records” weekly, according to the company — Suarez said the company can predict total losses.

Assume a vehicle is indeed a total. An insurer who can figure this out up-front through a system like AudaTarget could save significant money by eliminating the tow bill to deliver the car to a shop and the shop’s cost to examine the vehicle before concluding it’s a total. Disagreement by the adjuster or desk reviewer means the shop’s meter would start running on needless storage charges and the customer would be incurring more needless rental charges until the adjuster agrees. Even if AudaTarget calls some repairable vehicles totals, a high enough batting average by the software could still put the insurer far in the black.

CCC Director and analyst Susanna Gotsch in January predicted the percentage of non-comprehensive total losses would rise to 18.6 percent in 2018 — up more than half a percentage point from 2017’s 18.2 percent and way up from the 14.8 percent proportion in 2013. In August, she reported that the year ending June 30 posted a total loss rate of 18.6 percent for collision and liability claims.

In her 2018 “Crash Course,” CCC reported that its estimates put the average value of vehicles declared a total loss at $9,125 if you throw out the cars affected by Hurricane Harvey.

Correction: An earlier version of this story incorrectly identified the non-comprehensive total loss reported by CCC for 2017. The correct percentage is 18.2 percent. The story has since been updated to reflect this.

Featured image: Audatex late last month announced it had made its AudaTarget predictive analytics software available to U.S. insurers, allowing carriers to direct specific vehicles to a DRP shop most likely to fix them near an estimated index price for that exact car. The system also can predict total losses based on historic data and questions asked during the first notice of loss. (Provided by Audatex)