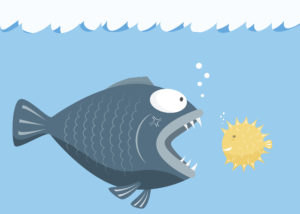 The merged Caliber and ABRA will have more shops than anyone by far, potentially a tenth of the industry’s revenue, and plans to target various niches, but there’s still opportunity for other collision repairers, industry financial experts said.

“They really are a national entity now,” Supplement Advisory principal Brad Mewes said Wednesday. The combined Caliber-ABRA was active in “almost every major market,” allowing it to standardize operations and insurer agreements nationally.

But the company’s 10 percent of the $38-$46 billion market still leaves a lot of collision business for the rest of the industry to win, according to Mewes.

Mewes offered some advice for other repairers in a column Wednesday:

Regional MSOs: Expect increased competitive pressure as the deal is integrated. If not already, it is highly likely Caliber now competes directly against your business. If you are one of the few without direct competition, plan for that to change soon. Updside: this is a big deal to integrate. Take advantage of the uncertainty to take add locations, take market share, recruit technicians, and attract new customers. Position your business to DRP and referral sources as a way to mitigate customer concentration risk, especially in markets where Caliber has greater than 40% market share. Get your balance sheet in order and arrange financing to take advantage of growth opportunities

Small MSOs and Single Shops: Expect market disruption. There will be disruption to existing DRP referral relationships. Seek out new DRP and referral relationships where Caliber has greater than 40% market share. Tooling and equipment will be both a challenge, and a key differentiator. Understand how to affordably finance that investment to maintain your competitiveness.

Veritas Advisors President John Walcher also agreed Wednesday there was “plenty of room to compete” both locally or nationally.

Heavy insurance consolidation could change this assessment, but for now, there were many car makers and insurers driving business, he said.

“There will always be room” for another consolidator and well-performing regional MSOs, he said. 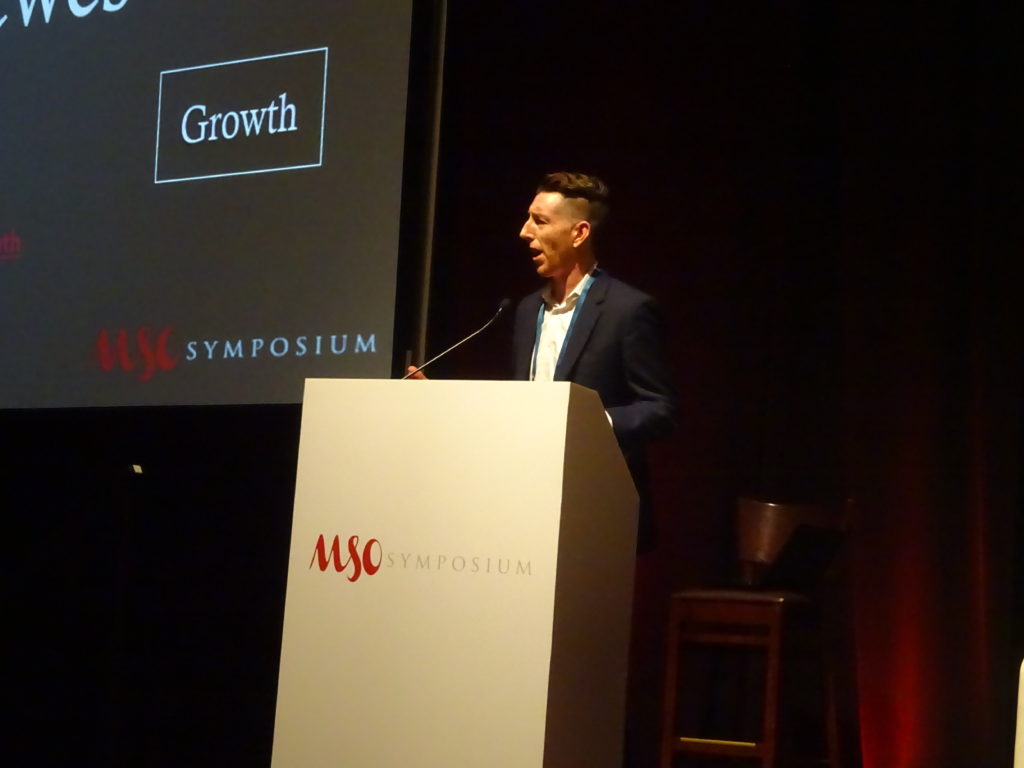 Romans Group founder Vincent Romans said even in light of the merger, collision was “still a big industry” with a “long way to go” to reach a state of “fully consolidated.”

He estimated the combined Caliber to have around a 10-11 percent market share.

“In a few markets, they will have a significant share,” he said.

Walcher said Caliber had since its 1990s beginning always been “one of the thought leaders” in the industry and helped drive its evolution. The “additional bulk” would only help it continue that trend, he said.

While there was room for competition, having “scale” will be necessary for repairers, he said.

It will be “harder and harder” to compete unless a shop can insulate itself with a niche or a unique approach to marketing itself and capturing customers, according to Walcher.

Otherwise, it will be challenging to compete at the single-store level with the “relatively standard business model” given the expense of operating a shop in today’s market, Walcher said. Regional operators can more easily compete, for they can segment work across their locations, he said.

“The world changed last night,” FOCUS Capital Partners managing director David Roberts said Wednesday.  He said it changed a lot of industry calculations about what was necessary “to play.”

Roberts was less sanguine about smaller repairers’ opportunity, even with 90 percent of the industry’s revenue still held outside of Caliber.

“We’re talking about revenue that matters,” he said. “… It isn’t the bottom $5 million.” 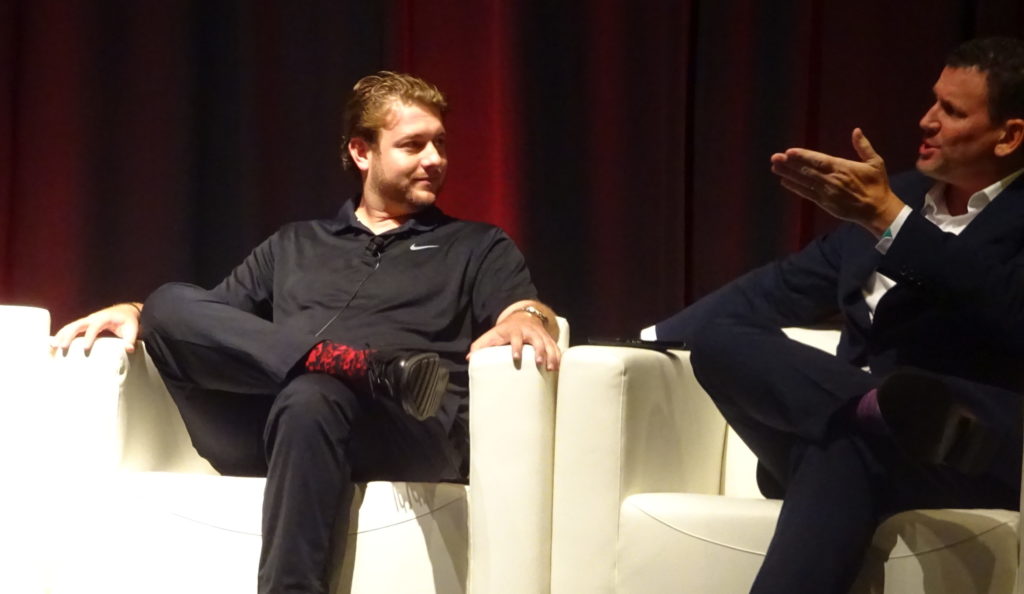 20 percent of the industry’s revenue would now be concentrated in three companies: Caliber, Gerber and Service King, he noted.

A good solid operator with a single shop making $5 million a year confronting a nearby Caliber able to get better deals on paint and parts was going to have a hard time, Roberts said. He said FOCUS was working on an article now about single-shop companies’ need to “find their tribe.”

Join up with someone else or accept a franchise, Roberts suggested. “I see those as alternatives” in a well-penetrated market, he said.

Roberts said shops had to look at EBITDA. A small shop owner might be taking home some decent earnings before interest, taxes, depreciation and amortization. But regional MSOs could be pulling in some real money — and investing it back in the business, he said. They weren’t buying a yacht, he joked.

Enough money to fund training, certification, equipment and new locations might be out of reach for a smaller facility. “That’s what they’re up against,” he said.

An niche could “absolutely” work for a smaller shop in a secondary market, Roberts said. If the only Mercedes dealership in a city of 150,000 doesn’t have a body shop, “that’s a niche” for a single-store location, he said.

“There’s not an infinite number of those,” he said.

Caliber’s thousand shops having 10 percent of the industry could average out to $3.5 million in sales for each shop, which might seem astonishing to some smaller shops.

But Roberts said it was all relative. $1 million a year might be fine for a rural market. But $2 million a year meant “you’re barely making it” in an urban area with considerations like rent.

Caliber then would grow market share through attrition as shops draw too little work to sustain themselves, he said. This scenario had already begun to happen, he said.

Shop profitability would also decline as work shifts from labor to parts replacement because of more complex vehicle, which also will make Caliber a tougher competitor.

But for now, “I think there’s plenty of room,” he said.

Walcher said the industry has been talking about a deal like this for a while, and he said he didn’t think it created a major concern for “high-quality operators.”

He suggested other shops might want to watch Caliber and emulate some of their strategies given its background as a “thought leader.” For example, if Caliber showed a pattern of opening brownfields, perhaps try that kind of expansion, he said.

Caliber’s size also could create opportunity for other shops by putting pressure on distributors, even if the MSO still winds up with more favorable discounts than competitors. The company can drop suppliers and demand a higher concession from those left standing.

Distributors could find themselves scrambling for customers and having to increase discounts for other shops as well, according to Mewes.

If you’re a distributor, “pricing discipline is very important” going forward, he said.

The merger probably won’t flood the market with laid-off collision professionals that could be tapped to alleviate shops’ tech shortage.

Caliber intends to keep all existing locations and field employees, and Mewes didn’t anticipate many layoffs at the higher managerial and corporate levels for shops seeking to fill white-collar roles. From a geographic standpoint, there was “such a fit there” — both companies had operated largely in different parts of the country — and the “operational backbone” of both companies would need to remain to handle the empire, according to Mewes.

“The headquarters of the combined company will be in Lewisville, Texas (Caliber’s home),” merger spokesman JP Kaytrosh wrote in an email. “In the coming months, our companies will work to establish integration plans. For the time being, nothing changes.”

Asked if the logistics and expense of the merger would affect Caliber’s ability to buy more shops, leading to a decline in shop valuations from reduced competition, Mewes was dubious.

He said Caliber had been a good integrator historically, and while the merger would be “a lot of work,” Caliber was one of the business which could handle it.

Still, the integration process created uncertainty that other shops might capitalize upon, according to Mewes.

“Integration of an acquisition this large will require dedicated resources and potentially distracting,” Mewes wrote. “But Caliber historically has been an effective integrator. Additionally, the level of integration effort will likely be mitigated due to the fact there is relatively little geographic overlap between the organizations. Regardless, re-imaging 400 stores and ensuring continuity of operations at each location is no small feat.

The merger raised the question if Caliber could integrate a 400-shop ABRA and maintain the “same level of excellent service” demanded, according to Romans. But based on his knowledge of Caliber’s operation, “I think they can,” he said.

Walcher said he felt that “it’ll take a little while” for some local markets to “settle down,” which could offer shops an opportunity to pick up some good employees.

In terms of acquisitions, “maybe, there’s a pause” in the short term, according to Mewes. However, he said Caliber has a pretty established M&A process, and the team sourcing deals wouldn’t be responsible for integrating the new targets anyway.

He said any impact on shop valuations would just be part of a longer-term trend of decline in acquisition prices. 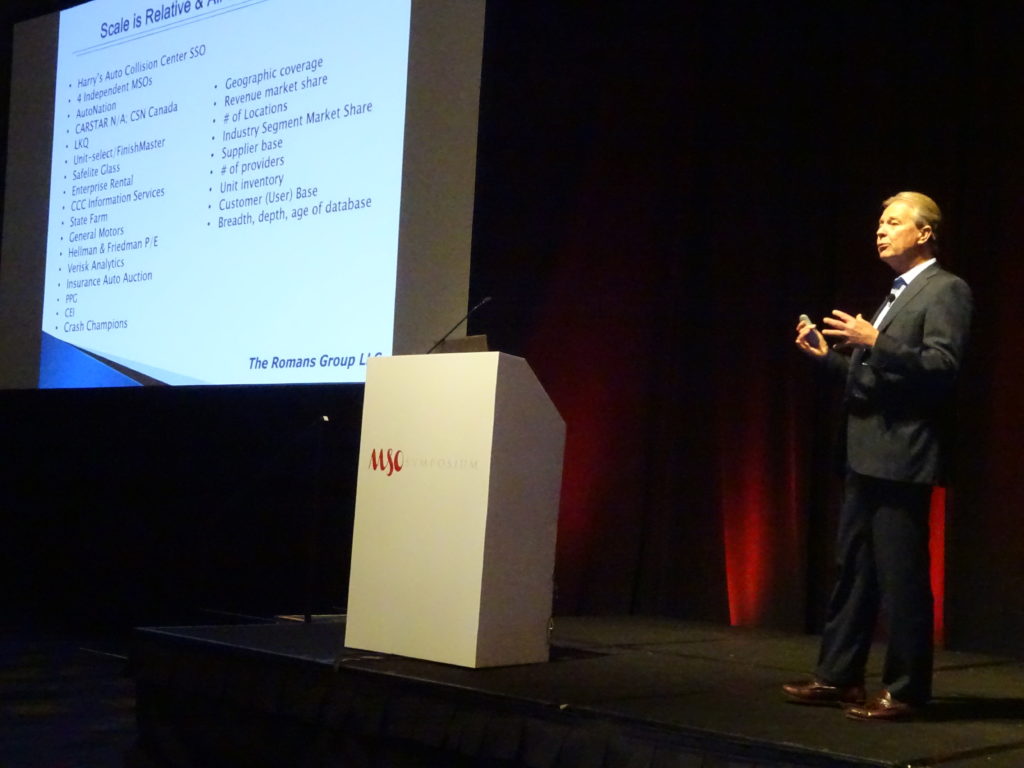 Hellman & Friedman likely has plenty of money for Caliber to buy more stuff, even after spending an undisclosed amount on the merger. The private equity company has over its history raised more than $35 billion, and its eighth fund has $11.1 billion.

Romans didn’t think Caliber would back off of acquisitions.

“Caliber will continue to grow” through single-shop and multiple-location acquisitions as well as brownfield and greenfield developments, Romans predicted.

Romans said the sale also “could step up the acquisition pace” for Gerber and Service King, and it might be a time for competitors interested in growing business to consider buying shops as well.

Walcher felt Caliber would keep growing. “Their shareholders expect it,” he said.

However, he predicted more growth would come from brownfielding and greenfielding, calling it a natural evolution in a consolidating market and a trend Caliber had been employing over the past few years.

Since the company now has the ability to immediately drive volume to a new location, it makes less sense to buy another shop to acquire its goodwill (customer base), Walcher said. Caliber had its own goodwill, he said.

A merged Caliber might have 10 percent of the collision market, but smaller single- and multiple-shop collision repairers can compete. (wissanu99/iStock)

Industry analyst Vince Romans of the Romans Group presented this 2017 collision industry estimate Aug. 9, 2018, at the NACE MSO Symposium, prior to some major regional MSO acquisitions and the announcement Caliber would merge with ABRA. (Slide by the Romans Group; John Huetter/Repairer Driven News)