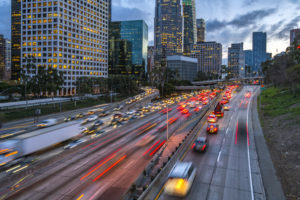 Recent Insurance Institute for Highway Safety headlight testing continues to reinforce the importance of properly aiming customers’ headlights — something even OEMs can have issues with.

Only half of 2018 model-year vehicles tested by the IIHS had headlights able to achieve “adequate” illumination and glare reduction, the IIHS reported Nov. 28. About half of all fatal crashes happen in the dark, “and more than a quarter occur on unlit roads,” the IIHS wrote Nov. 29.

Since not everyone buys the top-of-the-line headlights, the IIHS tested 424 different combinations of headlights between the 165 models tested. Two-thirds of those 424 standard and optional configurations did badly or outright flunked the tests with “marginal” or “poor” ratings over some combination of insufficient visibility or blinding another driver.

“Differences in light source, headlight technology and even something as simple as how the lights are aimed all affect the amount of useful light supplied,” the IIHS wrote. “Properly aimed low beams light up the road ahead without temporarily blinding drivers of oncoming vehicles.”

IIHS senior test coordinator Sean O’Malley said in a Nov. 28, 2018, interview said he thought it was random whether the bulb or headlight design deserved the blame for a particular headlight’s performance. (O’Malley didn’t handle the tests specifically but was aware of them.)

“Subaru is among a handful of manufacturers that made running changes to certain 2018 models to improve ratings, mostly by readjusting headlight aim,” the IIHS wrote. “As a result, the Crosstrek moved to a good rating from poor for its best-available headlights, the Forester climbed to acceptable from marginal, and the Outback rose to good from acceptable. Other manufacturers that made similar running changes are Hyundai/Kia, Mazda, Mercedes-Benz, Volkswagen and Volvo.”

O’Malley said the IIHS couldn’t tell if it had gotten an outlier vehicle in terms of OEM aim, such as the one badly aimed set of lights out of an otherwise exemplary production run, or vice versa. However, he pointed out that the IIHS didn’t buy multiple cars from a single production run to crash-test either, and the odds that the IIHS just happened to get the single perfect car were unlikely.

O’Malley said no halogen OEM headlights were rated “good” by themselves, though he indicated it was possible that a headlight considered HID or LED for the purposes of a parts book or the IIHS study had a halogen low beam.

“There’s a lot of combinations in here,” he said regarding a related study of the replacement cost of various models’ headlights.

However, OEMs have largely already moved from using halogen for both high and low beams. “Those are going away,” he said.

All the cars tested would have passed the Federal Motor Vehicle Safety Standards, which include headlight regulations, according to O’Malley. But the IIHS goes “a little beyond that” and has tougher standards than the feds, he said.

The IIHS tests measure the distances headlights travel on straightaways and curves to see how visible the road is and how bad the glare is. It weighs low beams more heavily, since drivers more often use them, and it puts more emphasis on the straight-line tests since more crashes happen on straightaways. It gives extra credit to vehicles able to automatically switch between high and low beams depending on if another vehicle is near.

The Genesis G90 and Lexus NX were the only 2018 vehicles which had good headlights across the board, regardless of options or trim.

We asked if the IIHS had tested any aftermarket headlights (the collision industry-focused imitation aftermarket lamps, not the SEMA-esque performance aftermarket lamps). O’Malley said the organization’s headlight tests were too new, but “I am interested in that.”

O’Malley also observed that he hadn’t seen aftermarket versions of LED headlights yet but didn’t rule out that some had reached the market, “and I’m sure they will be.” 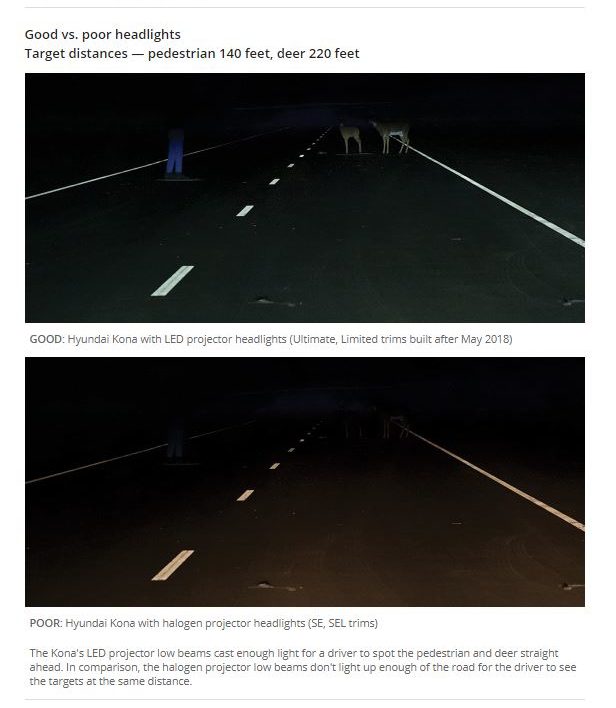 Headlight aiming in the aftermarket

Getting the headlight aimed properly in a collision repair facility might be more involved than a repairer expects, but as the IIHS results demonstrate, good aim is important. Make sure you’ve read and followed the OEM procedures so you can deliver the illumination and minimize the glare to the degree necessary to match the vehicle’s IIHS rating. Don’t try and guess your way through the aiming process — you’re likely to miss something.

For example, aiming a 2018 single-headlight Lexus NX300 like the “good”-rated vehicle referenced above requires the vehicle being prepared in the following manner:

• Make sure that there is no damage to the body around the headlights.

• Make sure that the oil is filled to the specified level.

• Make sure that the engine coolant is filled to the specified level.

• Inflate the tires to the appropriate pressure.

• Unload the trunk and vehicle, ensuring that the spare tire, tools and jack are in their original positions.

Other considerations include the need for a level surface and the vehicle to be 25 feet from the wall, though there’s a way to do it at only a 9.84-foot distance. The headlight not being aimed must be covered — but not for more than 3 minutes at a time to avoid the synthetic resin lens from being damaged from the heat.

The headlight adjustment instructions for the 2018 Outback — which remember, improved to “good” from “acceptable” in at least one configuration — also might require more work than uninformed repairers would expect. For example, Subaru writes in the 2018 Outback service manual:

Before checking the headlight beam level, be sure of the following:

• Check the area around the headlight for any scratches or other type of deformation.

• The vehicle is parked on a level surface.

• The inflation pressure of tires is correct.

• The vehicle does not have load.

The headlight must be 10 feet from the measurement panel. Someone (their weight isn’t specified) must also be in the driver’s seat.

Subaru warns a shop to turn the light off before adjusting the beam level, and warns that the light shouldn’t be kept on for “two minutes or more” while inspecting the level.

Like Toyota, Subaru warns shops not to cover a light in a fashion that could cause enough heat to deform the lens.

Note that this is just a taste of the aiming procedures for both vehicles; it’s not the full instructions for either adjustment operation, nor is it necessarily accurate for other trims or builds. Consult the actual OEM procedures online — ideally, employing automaker tools like build data or VIN lookups to capture the precise build data — for these or any other model in your shop to ensure you learn and use all of the necessary operations. Our point is simply that achieving proper headlight aim could require more care than “looks good to me.”