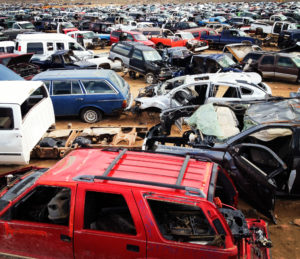 59 percent of the more than 500 shops responding to the October 2018 quarterly “Who Pays for What?” survey said they were paid “always” or “most of the time” by eight of the nation’s largest insurers when they levied an administrative charge for handling a total loss.

A larger proportion of shops are billing for total losses, according to the survey. Only about 25 percent of the 2018 respondents said they never asked to be paid a fee, down from about 30 percent in 2015.

“Certainly shops may agree to waive any such fees as part of a direct repair agreement,” Collision Advice CEO Mike Anderson wrote in the “Who Pays?” report. “But the percentage of shops saying they are paid for this all or most of the time that they charge an admin fee has continued to rise … because the process has continued to become more complex. It can involve more tear-down, more research of OEM procedures, unloading or loading the vehicle to/from a tow truck, etc.” 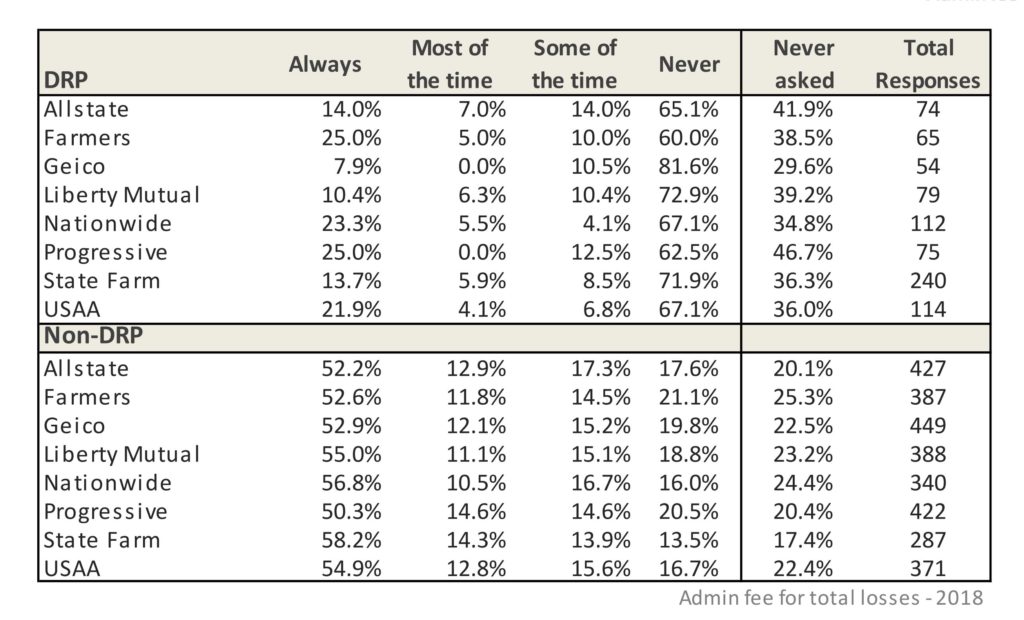 The “Who Pays for What?” surveys typically find State Farm more likely than many of the other carriers to consistently reimburse shops for requested charges. However, it bucks the trend in this category, coming in as notably less consistent than the other Top 10 carriers studied. 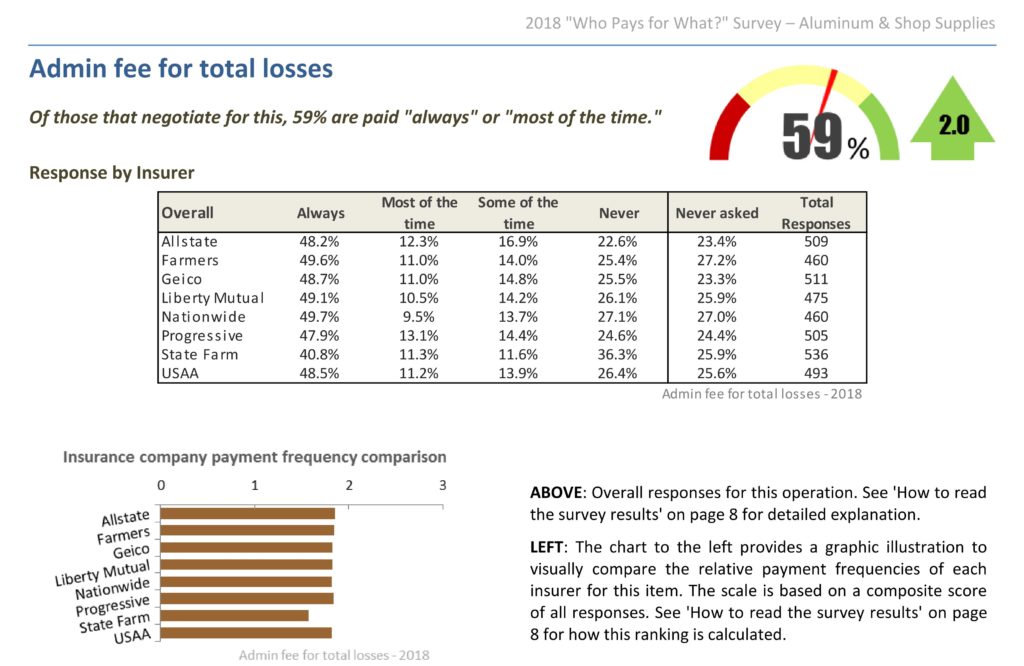 Help the industry by taking the current “Who Pays for What?” survey on “not-included refinish operations through Jan. 31. All answers are kept confidential — data is published only in the aggregate — and participants receive a copy of the report. The news release cited Anderson to report that the survey takes about 15-25 minutes and should be completed by a “shop owner, manager or estimator who is familiar with the shop’s billing practices and the payment practices of the largest national insurers.”

CCC Director and analyst Susanna Gotsch in January 2018 predicted the percentage of non-comprehensive total losses would rise to 18.6 percent in 2018 — up more than half a percentage point from 2017’s 18.2 percent and way up from the 14.8 percent proportion in 2013. In August, she reported that the year ending June 30, 2018, posted a total loss rate of 18.6 percent for collision and liability claims.

Administrative labor related to a total loss isn’t part of the three estimating services’ repair times, the Database Enhancement Gateway wrote in 2017. (Which isn’t too surprising, as the times generally involve installing or removing new OEM parts on an undamaged vehicle.)

“Is the time it takes to write a repair estimate included in any of the three databases labor premise?” a user asked in November 2017.

“Administrative labor is not considered in any part of the database labor times,” the DEG replied. “Labor times published in all 3 estimating systems are to physically gather tools and to work on the vehicle unless noted in the foot notes or P pages.”

October 2018 “Who Pays for What?” aluminum repair and shop supplies results