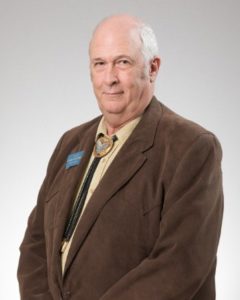 Despite the sponsor’s offer to remove a reference to parts, a Montana Senate committee voted 6-4 to table a bill forbidding insurers from disregarding “repair directives issued by an original equipment manufacturer.”

The measure is effectively dead for this session, according to a collision repairer who testified in support of Senate Bill 251.

SB 251 would have added the repair procedure requirement to existing law demanding insurers follow “a repair operation or cost identified by an estimating system” agreed upon by the insurer and body shop.

It would have added a new section regulating body shops to the Montana Code Annotated title governing insurers:

(5) the use of parts, paint, and materials. (Minor formatting edits.)

Sponsor Gordon Vance, R-Bozeman, said at the end of a Senate Highways and Transportation hearing Feb. 14 he would cut Part 5 to keep the bill “purely to following the procedures”

However, every year vehicle technology increased cost, he said, calling it “something that we have to live with” and something that could be a competitive advantage.

If a company was more efficient and didn’t pass it on to a consumer, it might take more market share, he said.

Vance also recalled a prior legislative pursuit to bold “one sentence” in a policy so the consumer could more easily find the language stating aftermarket parts might be used. He said the reaction was that it would raise rates.

“I guess everything raises insurance rates,” he said.

Vance had called his legislation “a consumer protection bill” and observed that cars are now “computers with wheels” in which “everything is related to everything else.”

Capital Collision Center owner Bruce Halcro said he is often told by insurers that they use industry standard rather than manufacturer standard. However, the idea of industry standard comes from the building trade, which also has extensive oversight in the form of inspections throughout the process, he said.

“There’s really no oversight in the auto industry,” he said. The only guide is the OEM repair procedures, he said.

All three national collision trade groups and the national insurer and repair training organization I-CAR have also said for years OEM repair procedures are the standard of care, as have the courts. McDonnell at the Feb. 14 hearing cited the John Eagle Collision case, in which a Texas shop lost a $31.5 million verdict (later settled for an undisclosed amount) for deviating from OEM procedures. It’s also moronic to think that the majority doing something wrong in an industry or market establishes the standard for doing things right — particularly in the notoriously untrained collision industry. Think about Copernicus versus an astronomy industry that still thought the sun revolved around the earth.

“The bottom line is: Cars have to be fixed a certain way,” Flores said. “… For consumer safety, to level the playing field, we need to start with OEM repair procedures.”

The Montana Capitol is shown. (benkrut/iStock)