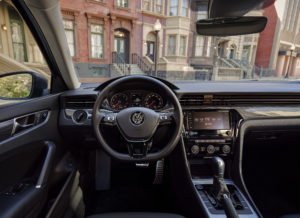 Volkswagen has not released a position statement on scanning for the “fundamental reason” that directions to do so already exist within repair procedures — and have for “quite some time,” a collision representative said Thursday.

He said Volkswagen’s main concern as a manufacturer was that not enough body shops were consistently using repair procedures. “The messaging is: Refer to the repair literature.”

Wideman’s jurisdiction isn’t technically the U.S. However, his presentation’s information was meant to be applicable to America, Guild 21 call organizer and former longtime State Farm employee George Avery (Avery Knows) said at the beginning of the call.

Volkswagen essentially states that if you disconnect anything electronic and reconnect it, the vehicle needs to be scanned, Wideman summarized.

“So, essentially our position is a post-repair position statement. … And that is pretty much across the board,” Wideman said.

He said a pre-repair scan was “obviously good for repair planning. It makes sense.” The procedure would yield more accurate estimates without cycle-time killing surprises at the end and was “a logical approach,” according to Wiseman.

“Post-repair scan is essentially a requirement,” he said, calling that the view of Volkswagen and Audi.

Wideman said that the industry had been talking about scanning for a while, but “in my mind, this is rearview mirror.” It was time to move on, he said, noting that the concept had been “documented and replied to by just about every manufacturer out there,” Wideman said.

“… From our standpoint, we just want people to … follow the repair procedures,” he said.

The next VeriFacts Guild 21 call will be held April 11.

Featured image: The dashboard of a 2020 Volkswagen Passat R-Line is shown. (Provided by Volkswagen)