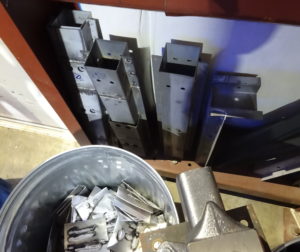 I-CAR relies on unannounced audits of welding sessions to ensure collision repairers licensed to deliver certification to their own staff aren’t grading too lightly or delivering incorrect information.

It will also be applied to vendors offering courses to their customers under a self-delivery expansion launched this year.

I-CAR also has established up-front parameters for collision repair companies seeking to qualify to offer I-CAR welding and hands-on courses to their staff, Barrington said. The organization also evaluates whether granting self-delivery privileges to a business would affect the ability of the rest of the market to receive I-CAR training.

“It’s not an automatic,” Barrington said.

The goal of licensing programs like welding self-delivery is to expand training to the industry — “while protecting the I-CAR brand,” according to a vision statement. The third parties are expected to work “with equivalent passion, with integrity, and with as much attention to detail and quality as I-CAR does,” according to the statement.

I-CAR said Tuesday nearly 7,000 auto body repair technicians have to date received at least one welding credential through their MSO employer under the licensing program launched in 2016.

All self-delivery instructors must undergo the same training I-CAR requires of its traditional teachers. About 50 percent of the licensed trainers aren’t yet already I-CAR instructors, Barrington said.

To qualify for self-licensing, all locations bearing the company brand must demonstrate they’re committed to training, subscribe to I-CAR and be either Gold Class or working towards it. The broader company must have an internal training department with quality metrics and “demonstrate lean process and continuous improvement practices,” according to an I-CAR slide.

The self-delivery educators must also use I-CAR’s curriculum and materials in their hands-on and welding classes to ensure consistency.

Finally, they must provide I-CAR with a schedule of all of their classes so I-CAR can conduct a surprise audit if it wishes.

The unannounced audits allowing I-CAR to catch deliberate and inadvertent incorrect teaching practices were finalized in 2018, Barrington said. (I-CAR had subject matter experts spot-check the MSO which piloted the program in 2016-17, she said.)

“It won’t be tolerated” if a licensee fails to deliver “the same integrity” as a traditional I-CAR welding class, according to Barrington. It would be an “automatic exit” from the program.

I-CAR quality control staff will drop in and verify the instructor isn’t skipping anything and is grading work properly, Barrington said. Subject matter experts also will look at photos captured from the class and validate the welding, she said.

“This was met with some real excitement from an MSO partner,” Barrington said. She said MSO was “looking forward” to learning what I-CAR found to improve its own training.

A single violation can mean “Corrective Action” such as retraining the educator, according to an I-CAR slide. Sometimes, this retraining can be as simple as a 15-minute conversation about what the instructor did wrong, Barrington said, and more than one minor error isn’t going to escalate the trainer to the penalty for a second violation: suspension.

More serious errors or repeated failure to correct the same item could indeed prompt suspension on a second infraction, Barrington indicated. If an instructor passed a bad weld, that’s “pretty serious,” she said.

We asked if the trainer could create an easier environment for their co-workers by extending the testing time period beyond the typical six hours I-CAR sees. Notte replied by noting I-CAR has found one MSO to be a tougher grader on its staff than I-CAR traditionally would have been.

“They didn’t want to lose the program,” Notte said. Staff were flunked and even made to wait before retaking the course, he said.

A trainer suspended from I-CAR’s welding self-delivery is still permitted to teach its staff — I-CAR just won’t give the students credit for any of it, according to Barrington.

A third penalty could lead to the entire company being suspended from the program, according to I-CAR.

I-CAR also will enact penalties on a company whose trainers fail to provide schedules. The first time a shop schedules a class without giving I-CAR a heads-up, I-CAR will issue a warning, according to an I-CAR slide. The second violation will prompt I-CAR to hold student results until the business provides a 30-day schedule. A third violation will lead to a companywide suspension for at least 90 days, longer if the business fails to provide a new schedule.

Notte also pointed out that I-CAR could cross-reference students an instructor submitted for welding credit with whether that class existed on the schedule they submitted. If they don’t match, “we have something to talk about,” Notte said.

We asked about the possibility of a self-delivery trainer being on their best behavior when I-CAR shows up for an audit but coasting the rest of the year.

The trainer’s lack of familiarity with the process shows, she said.

Besides, it’s in the self-delivery trainer’s best interest to do a good job, she said. “They’re shortchanging their own business” and its liability, she said.

Companies that engage in self-delivery are required to allow the trainers to act as traditional I-CAR instructors offsite as well so as to serve industry demand.

We asked about the possibility of an in-house trainer exploiting this to flunk rivals in a market. Of course, this concern wouldn’t be exclusive to the self-delivery trainers. I-CAR instructors also have day jobs now — potentially with a competitor of their students.

Barrington said I-CAR receives feedback from its students and does investigate complaints. I-CAR is meant to be neutral, and a trainer working on its behalf is also expected to be neutral, she said.

Notte said such a situation is a concern in some metro markets, and so I-CAR a couple of years ago established its private event program. A shop that knows a welding class is taught by a competitor can request a trainer of their choice for an additional charge, he said.

However, I-CAR already tries not to match competing instructors and students, he said.