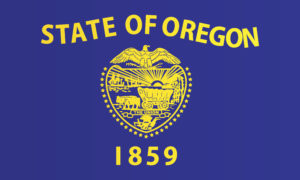 The Oregon Division of Financial Regulation — the state’s insurance regulator — confirmed to a collision repairer this week that negotiating on behalf of a consumer could run afoul of state law.

Excel Auto Body owner Roarke Ponce in late May told the agency he had concerns about topics discussed in an August 2017 “Repair University Live” video and our coverage of it.

In the video and article, Vehicle Information Services chief counsel Erica Eversman discussed how haggling over repair reimbursement with an insurer instead of letting the customer — the one actually on the hook for the bill — might be improper.

Without a license, “you can’t negotiate the claim with the insurance company on behalf of the owner,” attorney Erica Eversman said on the “Repair University Live.”

Most, if not all, of the states have a public adjuster regulation which typically sets up a means for an independent person with an independent license to be an advocate for an policyholder making a claim, according to Eversman. (This is different from an adjuster working on behalf of the insurer.)

Essentially, the state is allowing the public adjusters to practice law on this specific topic only, Eversman said.

In some Northeastern states, a shop can function as a designated representative, fellow “Repair University” panelist Larry Montanez (P&L Consultants) said in the 2017 video. Insurers took this concept and spread it nationally, rationalizing, “’We would much rather argue with the body shop than with our customer,’” according to Eversman.

The problem: “It’s not really legal,” she said. In many states, the shop would be breaking the public adjuster law and technically even practicing law without a license. Either get a license, “or don’t negotiate with the insurance company,” she said.

Ponce had asked the Oregon insurance regulatory agency, which is part of the Department of Consumer and Business Services, if such an assessment was correct.

“Is a body shop practicing law by negotiating the claims settlement for the repair of a vehicle with an insurance company employee or agent in the State of Oregon?” he wrote in a May 28 email.

Ponce provided this example of a dispute with a carrier.

“I submit my photos and estimate to (the insurer),” Ponce wrote. “I receive an email from (the insurer) … with the expectation that I will make the changes listed and resubmit my estimate back to (the insurer) for approval.  By accepting these changes as demanded … I am reducing the amount paid to the vehicle owner.  If I attempt to ‘negotiate’ any of the items … (the insurer) will delay payment of the claim to the vehicle owner (insured in this case) until I capitulate to their demands. (The insurer) states that Oregon is a (estimate review) state and they will not settle with the insured or claimant by writing their own estimate.  The delay can go on for quite some time … Also, (the insurer) blames the delay on my shop’s non-acceptance of (the insurer’s) offer.”

Ponce also asked about the effect a shop’s direct repair program status would have on “the repair claims settlement on behalf of the vehicle owner.”

He provided the following context for the question:

With Direct Repair Programs, there are rules placed by the insurance on the shop that are not part of the policy language (at least to my knowledge, I have never seen any DRP repair shop rules included in the language of my own policies or the policies that my customers have shared with me).  So in effect those rules were “pre-negotiated” with the insurer.  Often the settlement payment for the repairs goes directly to the shop bypassing the vehicle owner.  The vehicle owner has no real say in how the car is repaired or what parts are used in that repair at most DRP shops.  Often when I inform customers of their rights in Oregon, insurance adjusters make comments about “we do not need to involve the vehicle owner” indicating to me that it is out of the norm for other shops and insurance companies to “involve” the vehicle owner is the repair negotiation process.

Oregon Division of Financial Regulation senior policy analyst Alex Cheng wrote back Monday that “Representing the insured individual in a negotiation with an insurance company could constitute the practice of law in some situations” but his agency lacked the authority to say whether that assessment was accurate.

“The Oregon State Bar is the authoritative body in deciding what is and is not the practice of law,” Cheng wrote. It wasn’t the Department of Consumer and Business Services’ call, according to Cheng.

However, the agency did confirm that a body shop negotiating for the policyholder certainly could need an adjuster’s license first.

“If an auto repair shop is actively representing the interest of the insured individual (the car owner) in negotiations with the insurance company, this may constitute the work of an insurance adjuster, for which a license is required,” Cheng replied.

“The Oregon Legislature recently passed a new law (Senate Bill 251) clarifying the definition of an ‘adjuster.’ Under the law, an ‘adjuster’ is defined as ‘a person that receives a fee, a commission or other compensation to investigate, negotiate or settle first party or third party losses that arise as claims under the terms of an insurance contract that insures a domestic risk.’  There is an exemption for ‘a person that provides, without compensation, an estimate for repairs that the person will perform, even if the person receives compensation for the repairs under the claim.’

“If a repair shop is engaging in a back-and-forth with the insurer regarding the amount the insured individual (or, more precisely, the shop) is going to be paid, this can be considered compensation for negotiating and an adjuster license would be required.”