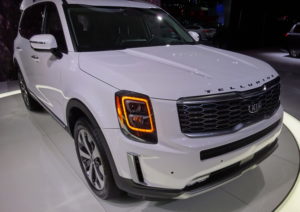 Sales have begun on the 2020 Telluride, a completely new SUV model Kia says incorporates a “monocoque shell” made up of 59.4 percent advanced high-strength steel.

Lee called the steel usage more about a “safe, strong vehicle” than lightweighting.

Asked if the OEM used aluminum in the structure or aluminum, Lee said no, describing the vehicle as “just a lot of high-strength steel.”

Asked if the Telluride’s exterior panels had increased in strength to save mass, Lee said Kia used steel more at “critical” areas, for structural purposes.

The Telluride offered 10 percent more torsional stiffness than the Kia Sorrento, according to Lee.

The SUV’s first full month on the market was March. It sold more than 10,000 units in that month and April combined. So it sounds like something you’re likely to see in a shop.

Lee in January prior to the official release of pricing had described the mid-SUV segment as ranging between the low $30,000s and the mid-$40,000s. He said the Telluride would be aligned with this — but “better equipped.” 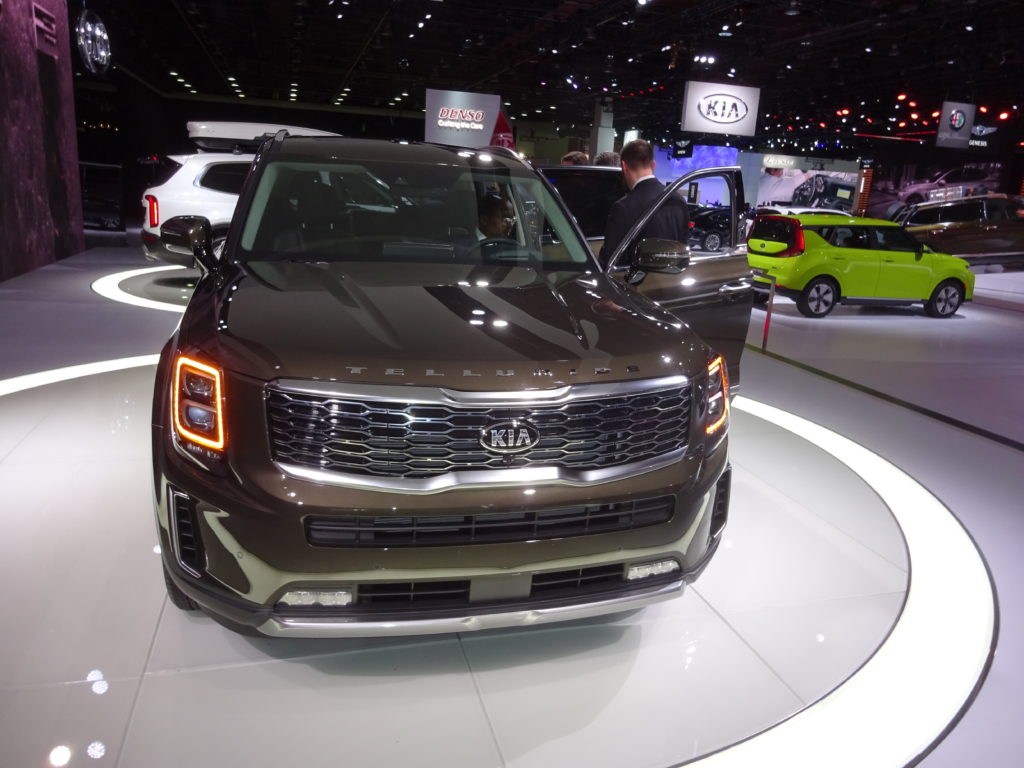 “All the core ADAS systems are standard,” Lee said.

He said Kia repeatedly heard focus group participants note that OEMs make safety available — as long as consumers were willing to pay more. The implication is that safety is only for the wealthy.

Kia took that criticism to heart and instead standardized “pretty much everything,” Lee said.

The last of these brings the Telluride into the ranks of systems like Tesla’s Autopilot. According to Kia, it pairs radar and lidar “to interpret lane markings, allowing the car to stay in its lane and switch into others to overtake or change road. This comprehensive system removes the necessity for drivers to use the steering wheel, indicators or acceleration and brake pedals in many situations.”