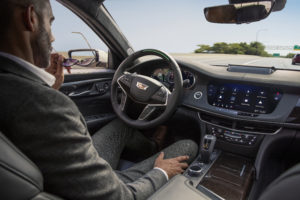 Cadillac last week announced it would this year add 70,000 more miles of highway in the United States and Canada in which users can activate the hands-free driving system Super Cruise.

The expansion would allow users to traverse more than 200,000 miles of roadway in both countries by the fourth quarter with the car handling its own driving.

Drivers have already traveled a combined 2.5 million miles on the existing 130,000 miles of roadway with Super Cruise active.

Though hands-free, the system still demands the driver watch the road — and it will stop the car if it sees with an interior camera you’re not paying attention.

“The Super Cruise system has a series of escalations to alert the driver in the event that he or she needs to take control of the vehicle,” Cadillac spokeswoman Tara Kuhen confirmed in an email March 15. “These escalations start with visual prompts and progress to audio prompts to take back control. If the driver does not respond to a series of alerts to take control of the vehicle, the Super Cruise System will bring the vehicle to a safe, controlled stop (in the lane that it is in), turn the hazard lights on and call OnStar for help.”

Cadillac said it will add more divided highways, including some with “limited intersections and traffic control devices.” If the car approaches a railroad crossing, stoplight, stop sign or crosswalk, Super Cruise will make the driver take control. 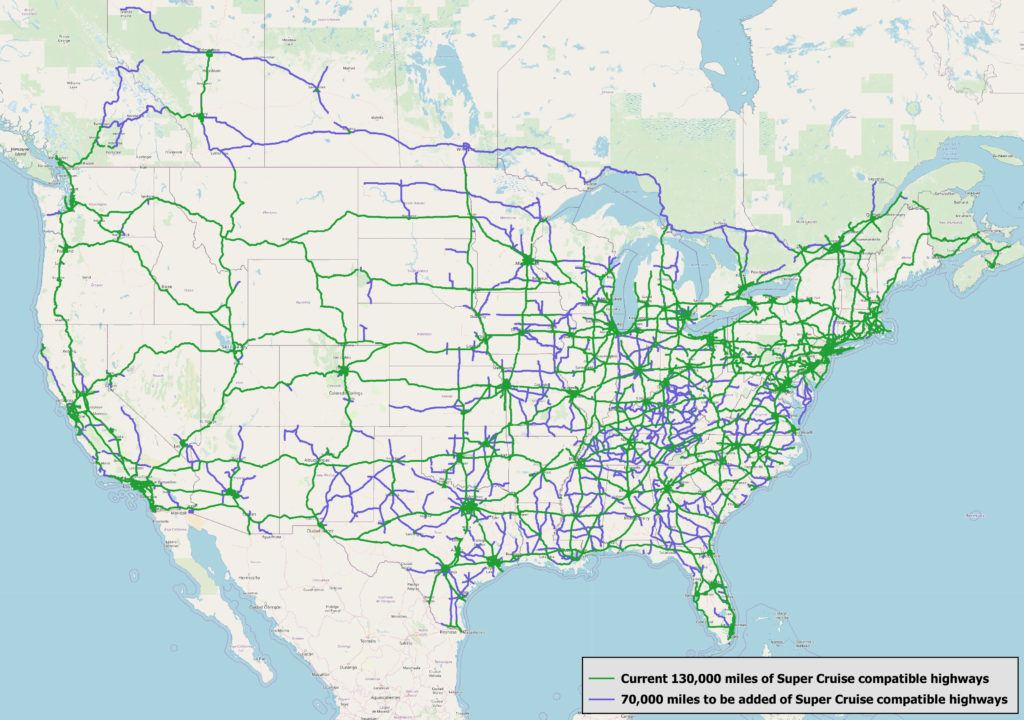 Wired offered a fascinating explanation for how Cadillac built the system:

As it developed the system, Cadillac hired a company called Ushr to drive every mile of limited-access highway in the US and Canada, using a lidar laser scanner to record all the lane lines, tollbooths, curves, merges, splits, and other features. It trimmed away some useless lidar data (like roadside trees), and compressed what was left until it fit easily on a car’s computer. The resulting map helps the car anticipate things like sharp turns, but it has a more important function.

By matching the car’s location (using GPS) to the map, Cadillac disables the system where it’s not confident that the system can handle the driving. … About one-third of a mile before the cutoff point, lights in the steering wheel go from green to red, the driver’s seat buzzes, and the dashboard reads “Super Cruise disengaging, take back control.”

Ushr in 2017 said it mapped everything to “under four inches in a global coordinate frame. Ushr will collect roadway changes on an ongoing basis and provide frequent updates to GM.”

Below, see an image of U.S. 127 and West Colony Road in St. Johns, Mich., as visualized by Super Cruise’s lidar. 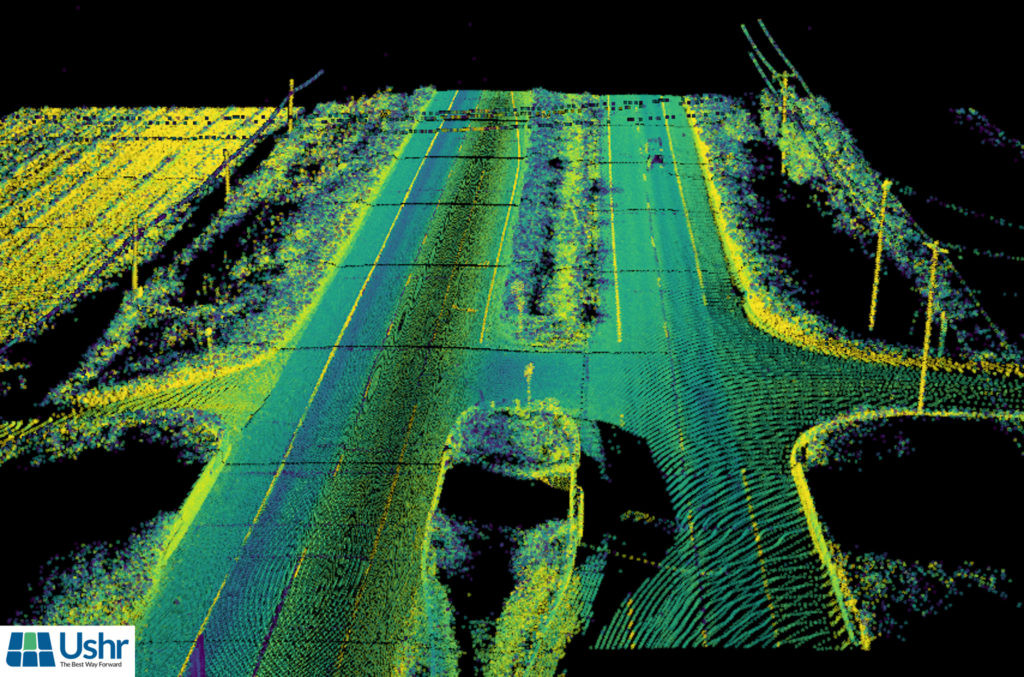 And here’s what Google Street View indicates the real intersection looks like. (Unfortunately, we couldn’t achieve the same camera angle as in Ushr’s image.) The lidar does seem to capture the major features accurately.

Though the system requires the driver to be paying attention and ready to take back control, a collision repairer will likely have to take responsibility for ensuring the system works properly — not just the sensory organs but also basic items like the vehicle’s thrust angle.

While a repairer might never see a 2018-20 CT6, GM in 2018 said it would expand Super Cruise to its other Cadillacs — followed by “other General Motors brands.”

2018 and 2019 Cadillac CT6 owners already equipped with Super Cruise would need to obtain a free “enhancement” from a dealer to activate the upgraded Super Cruise, according to GM.

“Following the completion of the system enhancement, the new, additional map miles will be sent to customer vehicles over the air throughout the summer and fall,” Cadillac wrote.

“In addition to the mileage expansion, the software update will also include performance improvements, enhancements to increase Super Cruise availability and enhancements to the Driver Attention System.”

Cadillac said it already upgraded Super Cruise last year to deliver easier activation and gauge cluster messages explaining when the system wouldn’t be available. The OEM also added “dynamic lane offset so that a CT6 with Super Cruise activated can adjust slightly over in its lane for driver comfort when passing large vehicles.”

“We are constantly working to make Super Cruise the most beneficial system for our customers,” Super Cruise chief engineer Mario Maiorana said in a statement. “Expanding our offering of compatible highways will allow people the ease and convenience of traveling hands-free more often.”

Cadillac announced June 5 it would expand the roads permitting its hands-free driving Super Cruise by 70,000 miles in the U.S. and Canada. (Provided by Cadillac)

A Super Cruise upgrade coming by the fourth quarter of 2019 will make this divided highway at the intersection of U.S. 127 and West Colony Road in Michigan navigable with Super Cruise. This image demonstrates how lidar perceives the intersection. (Provided by Ushr via Cadillac)

A Super Cruise upgrade coming by the fourth quarter of 2019 will make this divided highway at the intersection of U.S. 127 and West Colony Road in Michigan navigable with Super Cruise. (Screenshot from Google Maps)