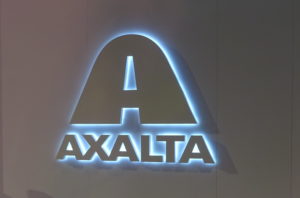 Axalta announced Wednesday its board had launched a “comprehensive review of strategic alternatives” on behalf of shareholders — including the possibility of selling the company.

“Axalta’s Board is committed to maximizing value for all shareholders and has initiated a comprehensive review of strategic alternatives, including a potential sale of the Company, changes in capital allocation, and ongoing execution of our strategic plan,” Garrett said in a statement. “Axalta’s management team and Board have a strong track record of pursuing M&A opportunities, along with other initiatives and alternatives, to maximize shareholder value.”

As Garrett alluded, Axalta made at least two attempts to sell or merge the company a year and a half ago.

Axalta on Nov. 30, 2017, announced it had broken off discussions with potential buyer Nippon Paint after the suitor “was unwilling to meet our expectations regarding the value of the company and assume the financial leverage necessary.” Nine days prior, Axalta announced it’d ended “merger of equals” talks with Dutch paint firm AkzoNobel, which itself had that summer shot down purchase attempts by PPG.

“I think the two different transactions had different issues,” then-CEO Charles Shaver told analysts on its fourth-quarter and full-year earnings call in February 2018. (Special thanks to Seeking Alpha, whose transcript of the call helped us quickly confirm what was said and check quotes.)

Shaver said then that since the AkzoNobel deal would have been a merger, it led to “governance and valuation issues” where ultimately “we just reached a point where we just couldn’t quite get there.”

Shaver said the AkzoNobel transaction would have led to great synergy and had a “great industrial logic for it.”

As for the Nippon Paint acquisition, “their value and their ability to get their large shareholder on board” were issues, he said.

Shaver at the time predicted that “over the next year or two or three, you’ll see a couple steps happen in the industry” as companies seek productivity and customers want international capabilities.

Axalta on Wednesday said it wouldn’t “make any further public comment regarding the review until it has been completed or the Company determines that disclosure is required or beneficial.”

Automotive refinishing was Axalta’s most important business unit, and it called itself No. 1 in that market as of a May investor presentation.

“Axalta continues to execute on its long-term strategy, delivering significant cost savings to bolster our industry-leading margins, re-deploying free cash flow to drive accretive organic and inorganic growth initiatives, and returning more than $380 million to shareholders over the last two years,” Bryant said in a statement. “Given Axalta’s progress in recent years and its leading position as a global coatings company – with 90% of 2018 sales derived from end markets where we have either the #1 or #2 global position – we believe that now is the right time to review a full range of options in an effort to maximize value for all shareholders.”