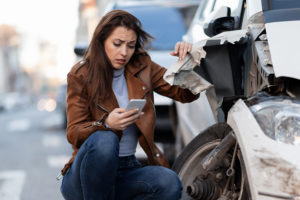 The 2019 LexisNexis “Future of Claims Study” released earlier this year found more insurance executives open to virtual and even touchless claims than two years prior.

The results lend insight into what collision repairers might expect to see on the ground and how a shop might choose to handle customers employing newer claims processes.

LexisNexis interviewed “24 senior-level auto claims executives from among the Top 50 auto insurance carriers” and compared their answers in 2018 to “just 18 months ago,” in 2016, according to the white paper.

All 24 continued to use the traditional claims process of an adjuster inspecting the vehicle and writing an estimate, and the number using “Fast Track,” such as a direct repair program shop writing the first estimate, grew from 20 to 21 carriers.

LexisNexis defined virtual claims as photo or video estimating in which no insurance employee physically inspects the vehicle.

The number of claims executives adamantly not using the technology fell from 5 to 1 between 2016 and 2018. The other 23 were either considering or using virtual claims — with the number of users rising from 9 to 16.

Touchless claims are entirely automated. No human being gets involved at all from the insurer’s end.

“Technology is used to report the claim, capture damage or invoices, run a system audit and communicate with the customer electronically,” LexisNexis wrote. “If the claim meets approved criteria, the claim is automatically paid without human intervention.”

“Between 5:49:07 and 5:49:10, A.I. Jim, Lemonade’s claims bot, reviewed Brandon’s claim, cross-referenced it against his policy, ran 18 anti-fraud algorithms on it, approved it, sent wiring instructions to the bank for the transfer of $729 (Brandon has a $250 deductible), and informed Brandon of the good news,” Lemonade wrote of a stolen parka claim in 2017.

None of the auto insurance executives were using touchless claims yet in 2018 either. But 19 of them were open to or considering the technology, up from 10 in 2016. “Touchless Claims is growing in popularity, with 79% of carriers surveyed stating they are considering or open to the idea,” LexisNexis wrote. (Emphasis LexisNexis’.)

“Over the past two years, carriers have been steadily moving toward a more automated claims process, with the primary goal of removing touches where they can to reduce costs,” the white paper states. “However, they have not yet completely abandoned Traditional claims handling methods ― nor do we expect them to. Traditional processing will always be appropriate for some claims. Rather, carriers are taking a thoughtful and exploratory approach toward augmenting Traditional methods with automation and reducing the number of claims handled through Traditional processing. …

“Rather, it’s most common to see automation in the form of rules-based logic and software-driven photo estimation for limited liability non-complex claims at specific parts of the claims process. This includes FNOL, resource assignment and documentation gathering.”

Insurers switching to completely touchless claims might also alienate customers — even young ones.

LexisNexis also surveyed 1,755 policyholders between ages 25-65, more than half of which had filed a claim in the past four years. Less than half of each of the three demographics studied (Millennials, Generation X and Baby Boomers) said they preferred self-service options for various aspects of a claim except checking claim status. It also found more than half of the respondents in each of the three demographics felt having access to a live agent was very important.

LexisNexis also saw uncertainty among carriers and policyholders about the notion of a completely automated claim.

“On the carrier side, this reluctance is driven by the concern that automation will introduce more error and a higher risk of fraud into the non-complex claims process. Carriers are not fully confident that systems and solutions are mature enough to counterbalance these types of situations, a concern shared by consumers.

“Top concerns from consumers range from the fear of making a mistake to potential glitches or technology issues that could negatively affect their claim. Interestingly, these concerns are significantly higher among respondents who have not had a claim than respondents who have recently filed a claim.”

Insurers also need to take care not to alienate consumers with a bad process, LexisNexis wrote.

“Our findings also suggest that low customer demand is related to customer dissatisfaction with the vast number of questions asked at FNOL and carriers’ failure to fully integrate data upfront in the claims process to simplify self-service for customers. Carriers must rectify these issues before making deeper investments in Touchless Claims Handling.”

According to LexisNexis, insurers can really alienate consumers with certain practices during a claim — something body shops might wish to keep in mind and remind stubborn adjusters of during a dispute.

A variety of factors can have a negative impact on customer satisfaction with the claims process, even among those who are very satisfied …

• A perceived lack of empathy from carrier and agents (consumers want ease of use, but they want to know someone cares about their outcomes)

• Having to interact with several people about a claim, rather than just one representative (Minor formatting edits.)

Naoom said Safelite has found that nearly two-thirds of its out-of-pocket glass customers handle the process completely digitally. However, when an insurance claim is involved, only 30 percent go all-digital. He said that by removing “process barriers” to customers, “we can triple the digital interaction.”

Asked before he saw all claims filed digitally and whether this was driven by phones or connected cars, Naoom said this wouldn’t happen in the near future.

“We absolutely believe” there is room for and growth potential to fast-rack low complexity, transactional repairs, such as auto glass or an incident like backing into one’s garage, Naoom said.

However, a “significant volume” will still need some human interaction and empathy, with automation running “in the background” for triage and fraud.

Asked how many claimants just take the initial settlement offered by the insurer rather than file a supplement, Naoom said “it depends.” The answer might hinge on how many options for claim service the insurer makes available, he said.

He said one of Safelite’s business partner insurers has all driveable losses follow a self-service path. The proportion of claimants with driveable, low-complexity claims taking the initial amount “tends to be in the 70, 75 percent range.”

Other carriers offering multiple channels for the same type of loss see “considerably less” going without a supplement, according to Naoom.