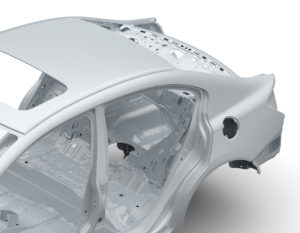 Part No. 04655-TR3-A00ZZ is no longer on the market, Honda said in a June Body Repair News. Repairers must buy four separate components and assemble them for the more than 1 million Civics within those model years, according to Honda.

The OEM directed body shops to Honda Parts Information Bulletin PIB 19-0005 for more details. The four parts include a floor panel, an anchor, a muffler hanger and a stiffener, according to that bulletin.

Honda provided a similar warning in a December 2017 Body Repair News, which also advised that Part No. 04655-TR6-A00ZZ wasn’t available either.

Repairers at that time were directed to buy the same four parts to replace either of the complete assemblies, and Honda provided instructions in the 2017 document about how to join the four replacement parts into a complete unit.

Honda told collision repairers in June to read two documents, “Body Repair Manual Welding and Sectioning Guideline Revisions” and “Honda/Acura Steel Usage and Repairability” and then check out “Rear Floor/Rear Frame Removal and Installation in the body repair manual as a guide to assemble the sub-assembly parts.”

The assembly instructions for the four parts aren’t found in the formal OEM body repair manual. Honda collision repair training and technology national assistant manager Scott Kaboos clarified in an email Monday that the 2017 Body Repair News served as the explanation for how to join the four parts. The official OEM repair procedures explain how to install that completed assembly back into the car, he said.

“The Body Repair News article will be the only source for information on how to assemble the four pieces of the floor pan that used to be serviced as an assembly,” Kaboos wrote. 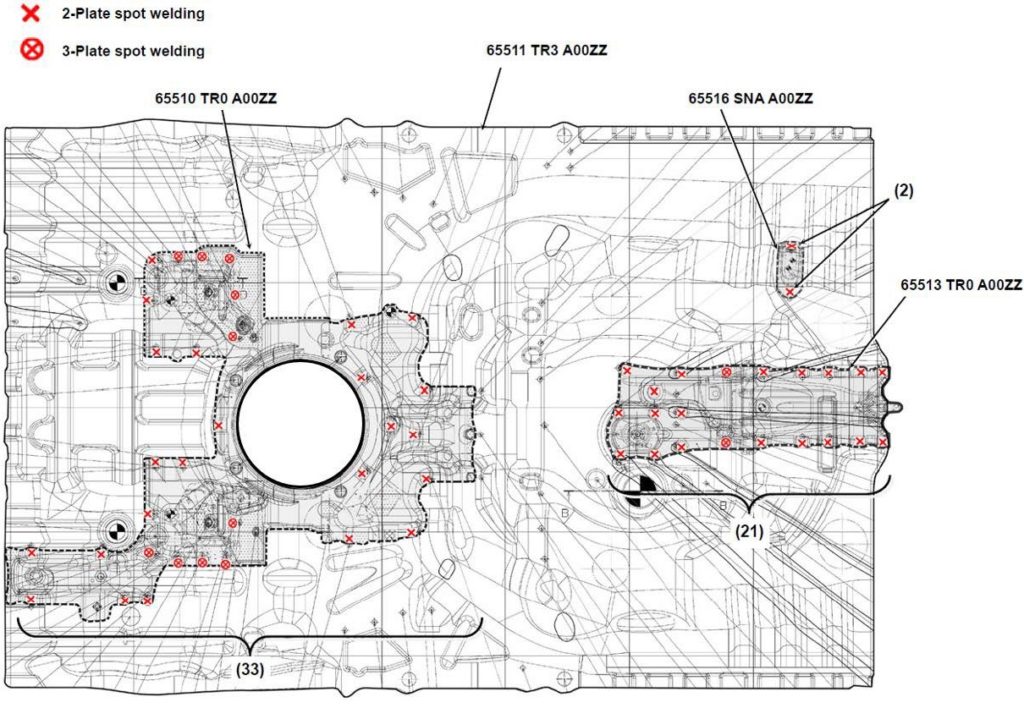 The parts are joined using a mix of more than 50 two- and three-plate spot welds distributed among the four pieces.

Honda’s ProFirst spot welder specifications — which as of Tuesday included more than 9,000 amps and at least 772 pounds of clamp force — can be found here. As those are the specs Honda deems necessary to fix its vehicles, even an uncertified collision repairer will need such a welder to properly fix those 2012-15 Civics. (Wheel-arch and long-arm attachments are also required for ProFirst shops, FYI.)

Of course, ultimately a shop must use whatever specs the OEM repair procedures for the vehicle in front of it dictate.

The floor panel advice from Honda helps confused collision repair parts personnel figure out what to buy, but it and also demonstrates the importance of accessing OEM repair procedures.

The 2017 Body Repair News isn’t available on the home page of the free Honda Service Express website, but it can be easily found on the paid Honda procedures. Without those instructions to assemble the finished floor panel and the actual OEM directions on how to put that panel in a Civic, a repairer would be just guessing their way through fixing the floor of a customer’s vehicle.

The body-in-white of a 2012 Honda Civic EX-L sedan is shown. (Provided by Honda)

Honda reminded collision repairers last month that it doesn’t sell the rear floor panel for the four-door 2012-15 Honda Civic as a single part anymore. Repairers must buy four separate components and assemble them for the more than 1 million Civics within those model years, according to Honda.